A worker with the community organization PUSH Buffalo weatherizes a home on Buffalo's lower west side. The formerly vacant home was completely rehabbed — with solar panels and other energy-efficient features — and is now rented to a low-income family.

When you’re poor, you have to make tough choices.

“I couldn’t afford to pay my heat bill. My gas got turned off,” says Bob Cook, who lost his $30,000-a-year job a few years back while working in the computer industry.

“I had to stay warm by using a small electric heater and have a blanket around myself to stay warm in the winter,” says Cook. “This happens to families.”

Buffalo is a cold city, a poor city and a city with a lot of old homes. Today, Cook has a new job working with PUSH Buffalo, a community-based organization that helps low-income residents weatherize these houses.

“Our program talks to anybody who wants to look at getting insulation,” says Cook.

On a windy, winter day, we walk the streets of Buffalo’s lower west side, a neighborhood rich with immigrants and refugees. It’s where PUSH — which stands for People United for Sustainable Housing — concentrates its work.

We arrive at Zah Win’s shop: a small recycling collection center. The place looks like an old convenience store, bursting with thousands of empty cans and bottles. Win is originally from Myanmar but has lived in Buffalo for nearly 11 years. He pays people a nickel for a can or bottle, then brings those into a recycler for an extra 3 1/2 cents.

He able to eke out a living but has trouble paying his heating bills. Most months, he cuts deals with the local utility.

“We pay whatever we can,” says Win. 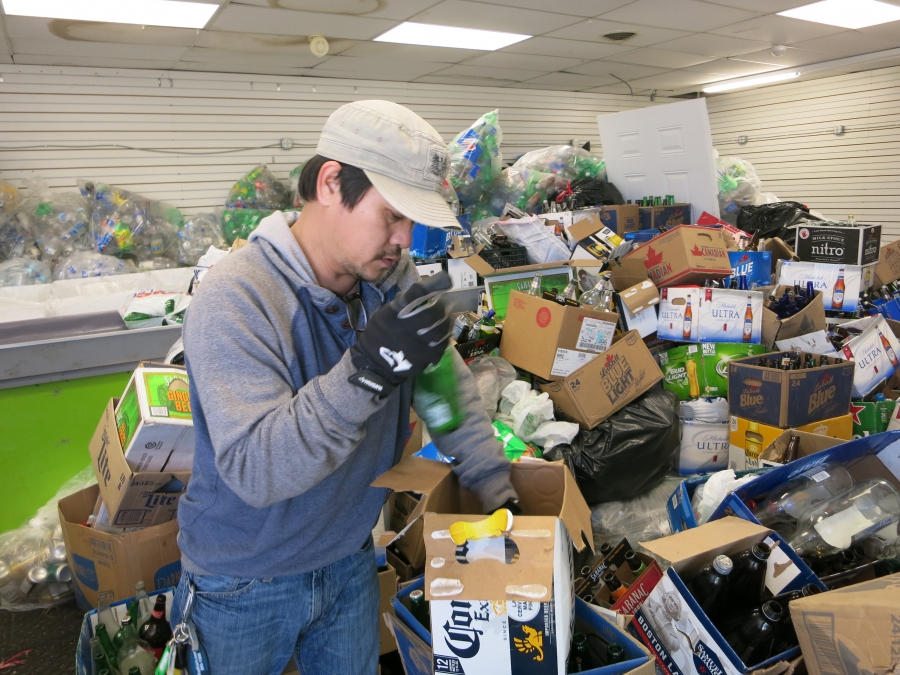 One of his customers nods his head as Win speaks.

I ask both men if their houses are insulated. Neither seems certain.

Then Bob Cook interjects in the conversation, "We should come and talk to this guy and say, 'Here’s a program that can help you to get your house insulated. We should hook you up with PUSH Green.'"

PUSH has helped a lot of guys like Thongiatsamy. Consider Dave Figueroa: The 61-year-old former contractor had to stop working after getting liver and kidney transplants. He says before PUSH insulated his home, he just wore a lot of clothes around the house during the winter. What other choice was there?

PUSH Buffalo has insulated about 500 homes around the city. It’s also installing solar panels on homes so people can generate their own electricity. And, PUSH doesn’t just help immigrants get a better foothold — immigrants also help run the organization.

“I was born in Eritrea. I lived there until I was 5-years-old. I was born in the middle of a civil war,” says Rahwa Ghirmatzion, PUSH Buffalo’s deputy director. In the 1980s, her family was among Buffalo’s first wave of refugees. 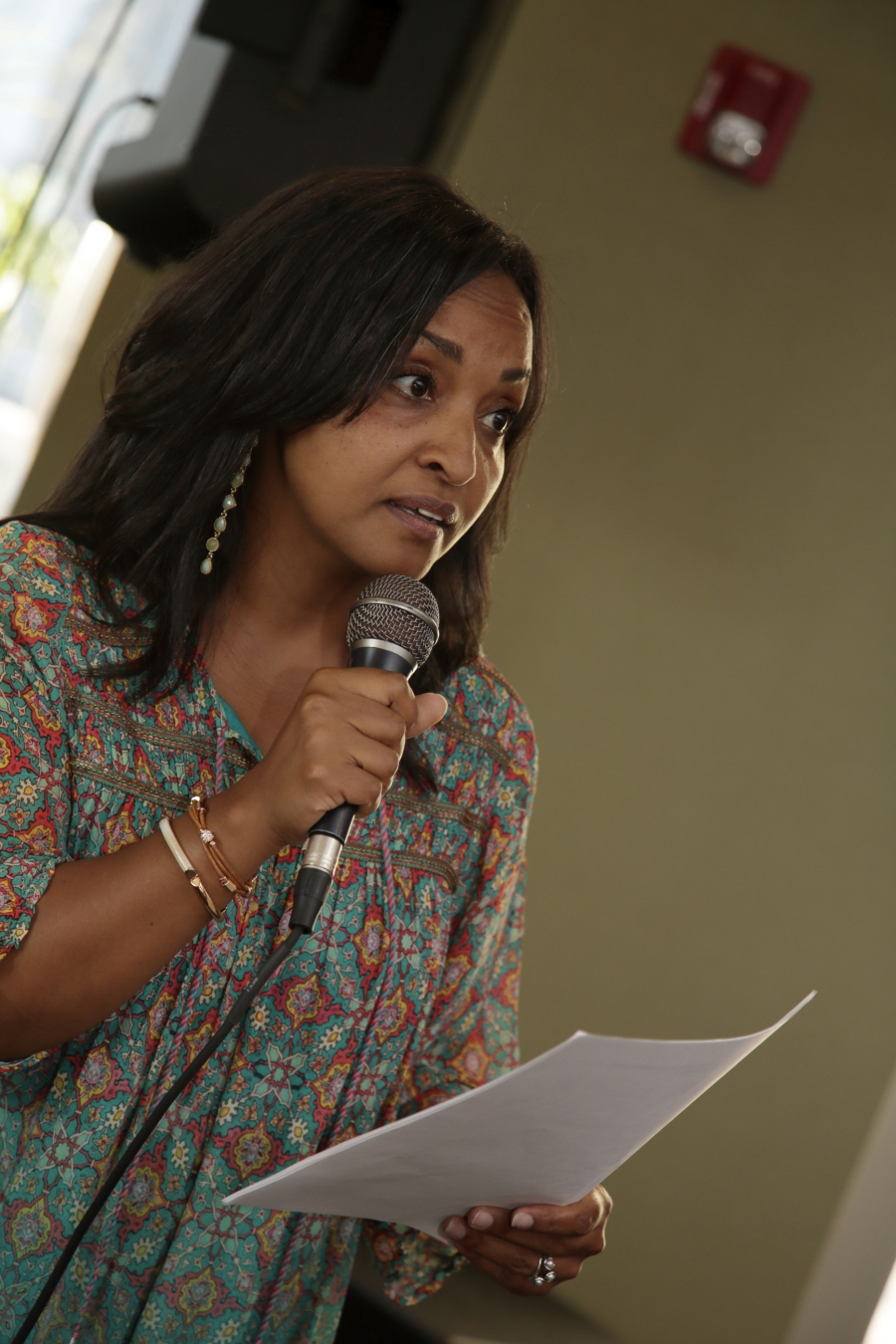 PUSH Buffalo’s deputy director Rahwa Ghirmatzion was born in Eritrea but has lived in Buffalo, off and on, since relocating to the city in 1984.

“And in the last 15 years, we’ve really seen just a huge influx of immigrants and refugees coming from all over the world. If you go to the local school that’s about four blocks away, you can hear 60 languages being spoken there.”

They come to Buffalo, in large part, for the homes.

“It’s the second-largest city in America being resettled right now and mostly because of our housing stock,” says Ghirmatzion. “It’s a city that is designed for a population of about 600,000 people, and we’re currently at 289,000.”

That translates into a lot of abandoned houses. PUSH Buffalo has bought and upgraded many of them. The organization brings multiple questions to each project, such as: “Is this going to produce good jobs? Is this going to help community residents? Is it going to reduce climate emissions into the air? Is it something that is going to be good for our neighborhood?” asks Ghirmatzion.

Buffalo needs all the help it can get — it’s the third-poorest major city in the US, behind Detroit and Cleveland. But walking around Buffalo’s lower west side, the homes and parks appear to be in much better shape than many parts of the city.

PUSH deserves much of the credit for what’s happening in the neighborhood. But, of course, running its programs costs a lot of money.

The organization earns some money through its own work but also relies heavily on the usual mix of help from individuals, foundations and government support, including the US Environmental Protection Agency.

“In the age of Trump, we are certainly affected,” says Ghirmatzion. “We are currently in a hiring freeze because we don’t know what’s going to happen with a lot of policy changes that are going to come from the federal government to us.”

But she adds that “the age of Trump” also brings increased attention to what they do and why it’s important. She says that whoever is in the White House, their mission will remain the same — make Buffalo a cleaner and more livable place for all its residents. 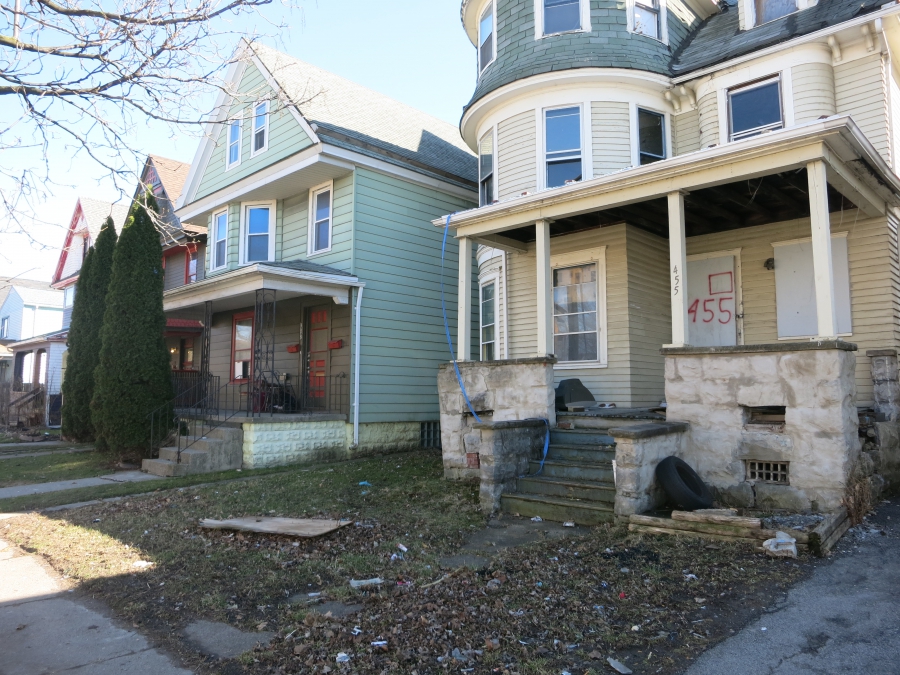 Many of the homes in Buffalo’s lower east side are badly in need of repair and upgrades.