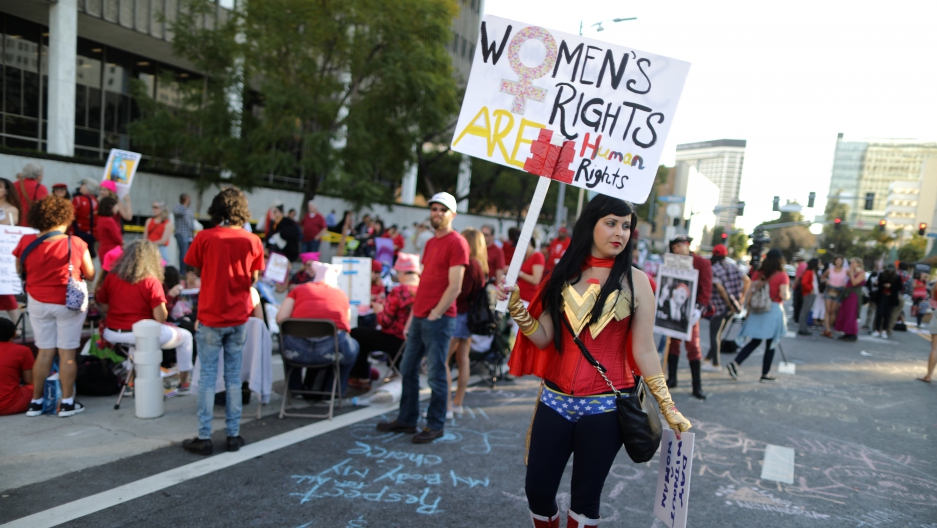 #64. @realDonaldTrump President Trump, what are your plans for the Office of Global Women's Issues? #100Days100Qs

Established in 2009 by President Barack Obama, the Office of Global Women's Issues is a US government office within the Department of State that aims to ensure that global women's rights are included in United States foreign policy. The fffice is normally headed up the by the Ambassador-at-Large for Global Women's Issues, but that position has been vacant since the day of President Donald Trump's inauguration.

Over the past eight years, the Office of Global Women's Issues has approached its goals by tackling specific women's issues like violence against women and girls, peace and security, investing in adolescent girls, and economic empowerment — as well as by coordinating gender equality initiatives between departments.

"America will continue to fight for women's rights and equality across the country and around the world," President Trump announced in his Women's History Month 2017 proclamation. "America is also mindful of the fight that continues for so many women around the world, where women are often not protected and treated disgracefully as second-class citizens. America will fight for these women too, and it will fight to protect young girls who are robbed of their rights, trafficked around the world, and exploited."

Will his approach center the Office of Global Women's Issues?

As Across Women's Lives has reported in the past, when women and girls are taken into account and brought in to lead peace talks, are included in policing efforts, and are allowed to make and influence policy, the world is a safer place — for everyone. And for the past eight years, the US governement has made this approach a priority, with the Office of Global Women's Issues leading the charge.

So, we'd like to know, is the Trump administration planning on filling the Ambassador-at-Large for Global Women's Issues position? And what's in the cards for the office as a whole?

Related story: The future of global women's rights under Trump? 'It could be devastating.'