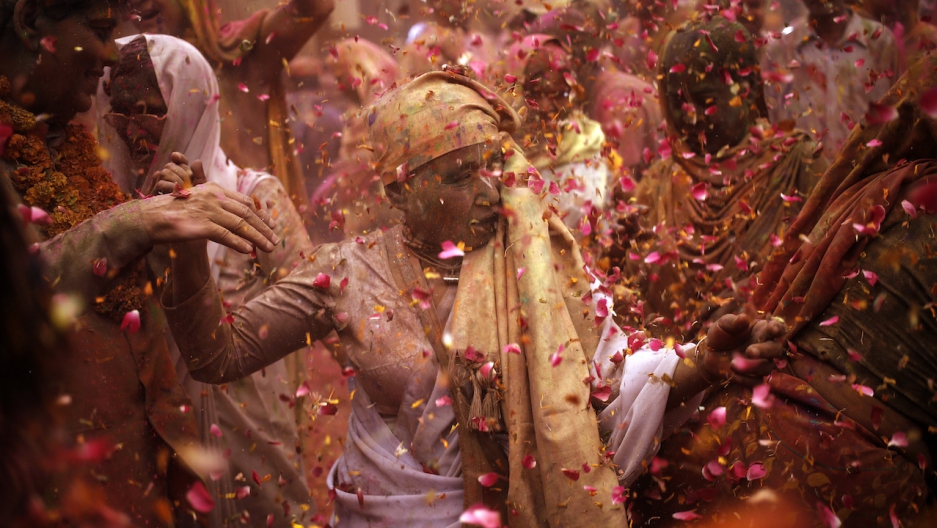 Widows daubed in colors dance as they take part in Holi celebrations organized by nongovernmental organization Sulabh International at a temple at Vrindavan, in the northern state of Uttar Pradesh, India, March 21, 2016. Traditionally in Hindu culture, widows are expected to renounce earthly pleasure so they do not celebrate Holi.

Most parts of India barely experience winter — usually not more than a couple chilly months before heading into spring and eight long months of summer. But you wouldn’t know that from the way the country celebrates the arrival of spring, with great fanfare and numerous regional festivals. Holi, known across the world as the festival of colors, was celebrated this month in most north Indian states.

The festival receives a lot of positive global attention, from international Holi parties to a documentary on one Indian city’s week of celebrations. However, one Hindi phrase makes Holi a time of terror for many Indian women.

"Bura na maano Holi hai" roughly translates to “Don’t be offended, it is Holi.” The saying is often used as an excuse to throw colorful powders or water on family, neighbors or even strangers in the week leading up to Holi. 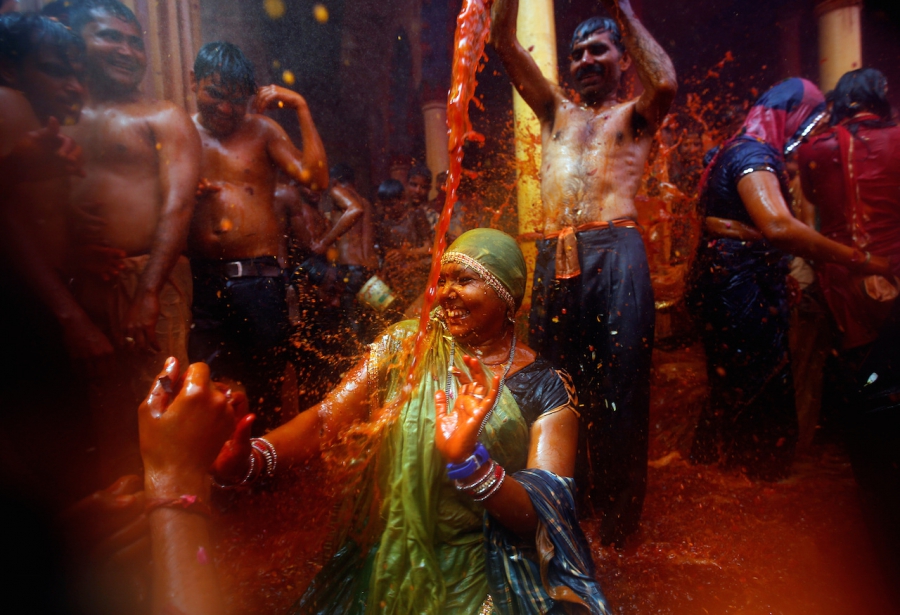 A man throws water on a woman during Huranga, a game played between men and women a day after Holi, at Dauji temple near the northern city of Mathura, India, March 14, 2017.

But there’s a darker side to the phrase. It’s also used to justify sexual assault in the guise of holiday camaraderie.

This year, several media campaigns finally highlighted the issue. One detergent advertisement received over 5 million views for its depiction of a woman chiding a lecherous man for rubbing color on her. Two women, a writer and a travel photographer, shared horrific stories with ScoopWhoop, an Indian news and entertainment website similar to BuzzFeed, about their experiences in Vrindavan, a popular destination to celebrate Holi.

"I found a safe place for me to sit on the roof of the temple and I was almost shaking in fear,” wrote Deepti Asthana, the photographer. “Each female there was a perfect target whether she was an 8-year-old kid or a 60-year-old woman.”

“Under the pretense of celebrating a festival, we have normalized molestation,” said Antil Yadav of ScoopWhoop. “We have all witnessed these things at some point, but we find it so commonplace that we never pay attention to it.” Yadav conceptualized a ScoopWhoop video titled “How to Molest a Girl on Holi.” The three-minute clip provides a chilling set of instructions for men on groping, harassing and forcefully inebriating women, protected by the “don’t be offended” saying.

“These marks of color may be erased from her body, but they should never be erased from her mind,” says the voice-over, describing a man who roughly pulls a woman at a party and smears color on her. “If she looks at you angrily, smile and say, ‘Don’t be offended, it is Holi.’”

It concludes with the campaign message #BuraMaano, or #TakeOffense, to encourage those experiencing or witnessing such harassment to speak out.

Another popular Indian website, The Quint, delivered the message even more sarcastically with a video that provided a kit for women to have a “happy, molestation-free Holi.” It recommended body oil so the color and “creepy hands” don’t stick, a life jacket to fend off “boob-grabbing,” and donning a whole lot of bubble wrap, so “you don’t feel them and they don’t feel you.”

“During a public gathering like Holi, people just assume that consent gets tossed out and we wanted to point this out in a sardonic way,” said Urmi Bhattacheryya, who worked with Vatsala Singh on the Quint video. The editors talked to many women who had either experienced molestation during Holi or knew others who had.

“When you touch a woman around the waist or when you throw water balloons at women’s posteriors and breasts, then you are not thinking that this is Holi,” Bhattacheryya added. “You’re doing it because the idea is ingrained in you that you can touch a woman’s body in a certain way.”

The videos were shared widely, but the response wasn’t all positive.

“According to this [expletive] channel everywhere girls are victim,” said Apoorv, who commented on ScoopWhoop's YouTube video in Hindi. “Think before you ruin the feel of the festival, bastards.”

Several commenters accused the videos of pandering for views, while others went down the familiar “not all men” route. One called sexual harassment a regional problem restricted to Delhi. 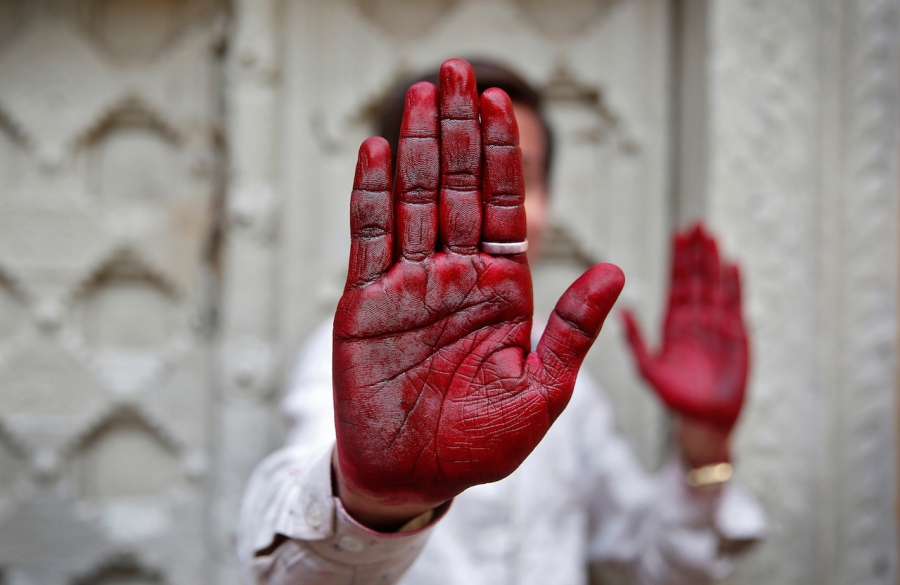 A Hindu devotee displays his inked hand after taking part in the religious festival of Holi in Vrindavan, March 8, 2017.

Sexual assault is far from a niche or regional issue in India. Though cities like Mumbai are considered safer than the capital, rapes are commonplace in big cities and tourist destinations alike. More than 34,000 cases of rape were reported in India in 2015, with Delhi alone reporting an average of six rapes every day. Given the stigma attached to being a victim of assault, unreported numbers may be just as high. Harassment in public spaces is common, as well, and ignoring lewd behavior on the streets and in public transport becomes second nature for many women in the country.

Yadav, of ScoopWhoop, expected criticism — a normal part of life on social media — and was happy that the video started a conversation.

“You know that bringing change in a society is a tedious process, but this video started that discussion,” he said.

He also saw the support the video received as a sign of changing times in India.

“Millennials are very educated and aware, they all have a tool to raise their voice,” said Yadav. “Brands and publications are also finally exercising their social responsibility.”

For Bhattacheryya, the attention this long-standing problem is finally garnering was a result of more women sharing their experiences and stories, possibly spurred on by the infamous Delhi gang rape of 2012.

“More women and men are talking about consent,” she said. “Feminism is no longer a taboo word.”