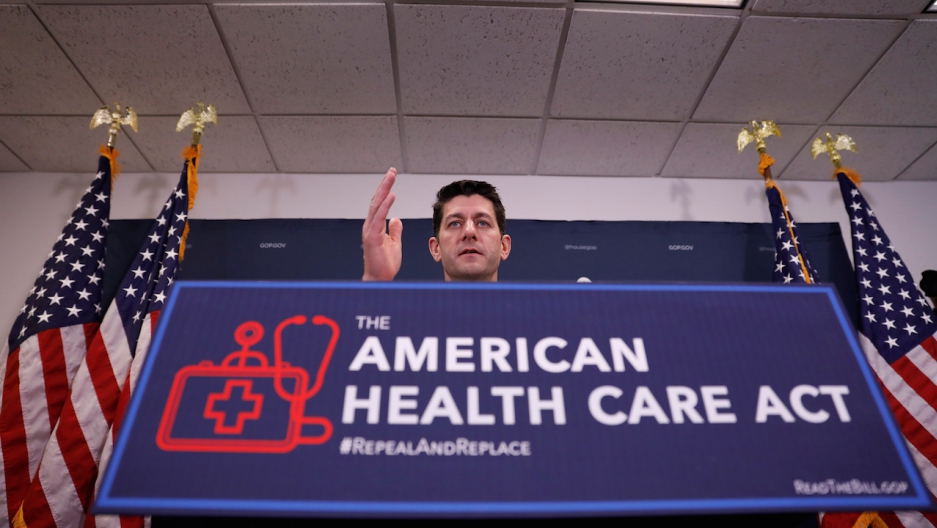 US Speaker of the House Paul Ryan speaks to the media about the American Health Care Act at the Capitol in Washington, DC, on March 15, 2017.

Donald Trump suffered a major political blow Friday as he was forced to ask Republican leaders to pull an emblematic health care bill that failed to gather enough support in Congress.

House Speaker Paul Ryan "talked to the president at three o'clock today and the president asked the speaker to pull the bill," a leadership aide in the House of Representatives told AFP.

Trump had put his reputation as a dealmaker on the line with the high-risk vote, even as Republican rebels threatened to torpedo their own party's attempt to repeal and replace Barack Obama's signature health care law.

The US leader, who made repealing Obamacare a headline campaign pledge, was to deliver an Oval Office statement after the stinging defeat, which called his much-vaunted deal making skills into serious question.

Trump threw his full political weight into the negotiations with recalcitrant Republicans, mostly ultra-conservatives concerned the new plan was too similar to Obamacare and would cost the government too much.

On Thursday evening — after a first delay to the vote — issued a stunning ultimatum to his party demanding a vote Friday and warning that if he were to lose, Obamacare would stay in force and he would move on to other items on his agenda.

But despite the Republicans' comfortable majority in Congress and the president's vocal backing, they failed to win over the rebels, forcing them to pull the bill at the last minute to avoid a humiliating defeat.