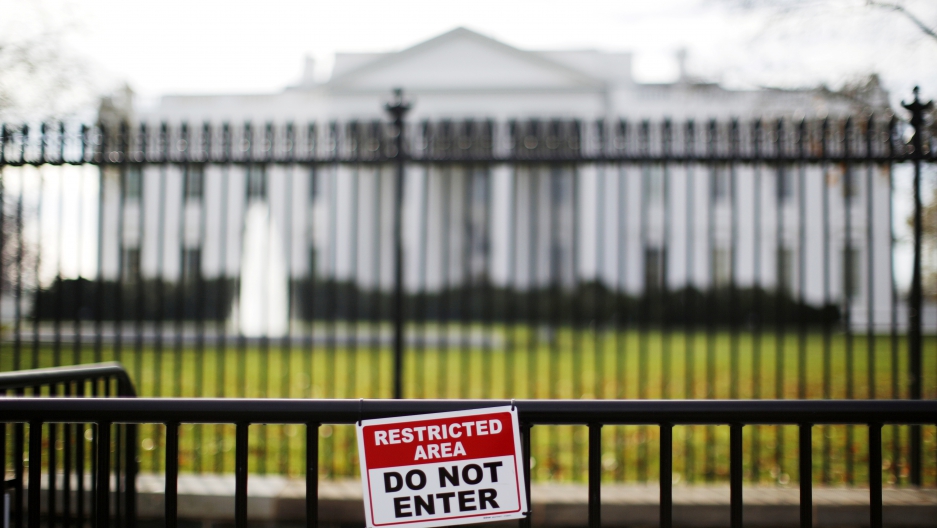 A restricted area sign is seen outside of the White House in Washington November 27, 2015.

#57. @realDonaldTrump are you concerned by reports that one of your top aides belongs to a Hungarian anti-Semite group?

Is there a Nazi in the White House?

What would ordinarily sound like an outlandish question received some credence last Thursday when Representative Jerrold Nadler (D-NY) took to Twitter and shared a story by The Forward that claims one of President Trump’s top advisers is a member of Historical Vitézi Rend, a far-right Hungarian organization that is the modern-day offshoot of a group that cooperated with the government of Nazi Germany during World War II.

In an earlier investigation, The Forward reported that Gorka associated with far-right political groups when he was involved in Hungarian politics from 2002-2007, and that he had previously “chosen to work with openly racist and anti-Semitic groups and public figures.”

The allegations leveled against Gorka, who was born in London and is a naturalized American citizen, could challenge his legal status. Gorka denies he is a Nazi, or associated with any Nazi group.

Seeking more information about Gorka’s affiliation with Vitézi Rend, Nadler wrote a letter to President Donald Trump in which he asked for the White House to provide Gorka’s application to immigrate to the US, as well as his application to become a naturalized citizen, to the House Judiciary Committee. If Gorka is indeed a member of the group and he did not mention it on either application, he could be in violation of a State Department policy that requires applicants to disclose membership in organizations — including Vitézi Rend — that it considers to have been “Under the Direction of the Nazi Government of Germany.”

The Council on American Islamic Relations has gone a step further. On Thursday, CAIR asked President Trump to fire Gorka for his alleged connection to Vitézi Rend and for past remarks that the organization has described as Islamophobic.

It’s not the first time that Gorka has come under scrutiny for possible connections with Vitézi Rend. When Gorka attended the Inauguration Ball on January 20, observers noticed that he was sporting a medal on his jacket members usually wear to signal their position in the group. Gorka said the medal belonged to his father, and that he wore it in his memory and to honor his family’s own experience of persecution in Communist Hungary.

Mr. President, you’ve been a strong proponent of “extreme vetting” for immigrants and refugees trying to enter the United States. But the recent allegations against Gorka suggest that those same checks would disqualify someone already in your administration.

Gorka initially declined to comment on his membership in the organization and instead directed reporters to take up the matter with the White House. In response to the latest reports, he has denied that he has ever been a member of Vitézi Rend in a conversation with Liel Leibovits of Tablet magazine.

Mr. President, are you concerned that one of your advisors may be a member of Vitézi Rend?