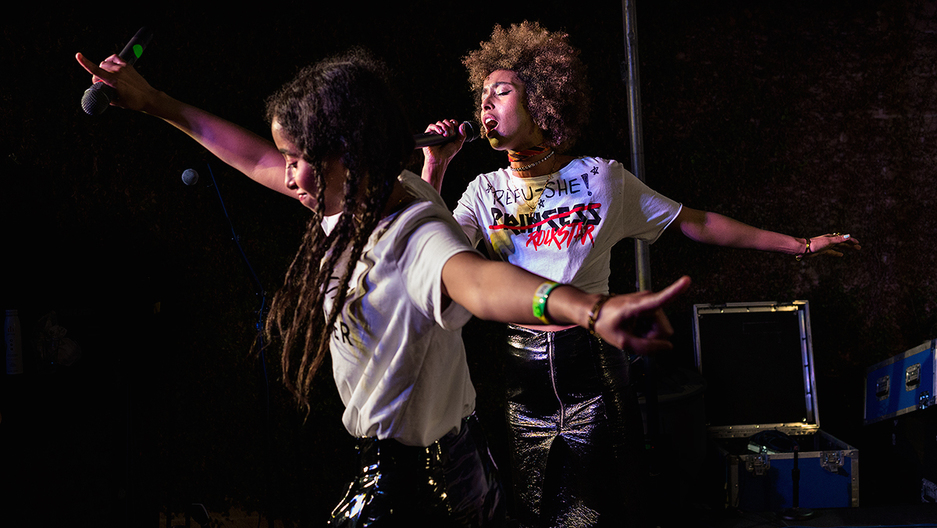 It was a typically warm March afternoon in Austin — a Friday, and also St. Patrick’s Day. The alley behind the Palm Door club was a welcome oasis from the revelers along Sixth Street already rowdy from cheap green beer. The artists in the ContraBanned showcase had just loaded in their instruments, a variety of music-making devices from electric guitars and brass to rebabs and setars. Most of them had since walked over to the Austin convention center for a panel about the showcase and the thing that prompted it: President Donald Trump’s Jan. 28 travel ban, and this month’s revised version of it.

The showcase at South by Southwest, which The World helped plan, set out to feature artists representing the countries banned by the president’s orders. The idea was to highlight what America would be missing if these voices weren’t allowed into the country.

Dena Elsaffar was on her way over to the panel, too. “I love it when musicians come from other parts of the world to the United States,” she explained to me, “because it opens people’s minds. They get this connection through their heart, and it transcends political rhetoric.”

Dena has watched this play out since she was a girl. Her mother, a 13th-generation American, married an Iraqi émigré, and then steeped herself in that culture. She passed it on to young Dena, who assumed the mantle of Iraqi musical consul. 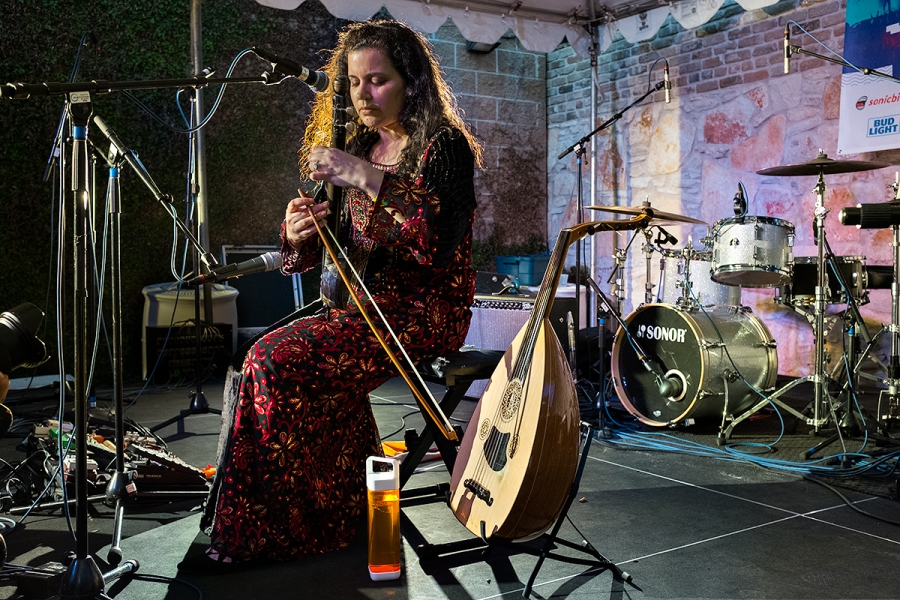 Elsaffar sees Trump’s travel ban as a spike on a timeline that started with the first Gulf War in 1990. More restrictions based on nationality followed sanctions on Iraq, then 9/11, and the second Gulf War.

Sister duo Faarrow views their activist role a little differently. Along with their family, they fled war in their native Somalia and arrived in Toronto as refugees (or as sister Iman Hashi had emblazoned on her T-shirt, “refu-she”). Now the sisters reside in Los Angeles, so technically they’re not affected by the executive order. But that didn’t dampen their excitement about the ContraBanned showcase.

When Trump tries 2 ban you but you get invited to @sxswCome see us in Austin on March 17th 10pm @ PALM DOOR #Musicunites #Contrabanned pic.twitter.com/MHxn7L5neT

On stage, they were proud and vocal representatives of their birth country’s people, delivering a scalding and meaningful arrangement of “Ready or Not (Here I Come).” If the Fugees took the Delfonics’ meaning of the song out of the romantic, Faarrow took it deeper into reality.

Bassel Almadani, a Syrian American from Chicago, brought soulful lyrics that recalled Boz Scaggs and Steely Dan, but made you think about the war in Syria, while his band the Supernaturals tossed funk licks between the horns, drums and guitar like a half-court pick-up game of three on three.

Emmanuel Jal, the lanky Sudanese child of war, now based in Toronto, took the role of ContraBanned’s Yoda. He opened his set striding slowly from the back of the tent to the stage, naked from the waist up except for glam mirror bracelets. His body and face were streaked with white war paint, but his words built on his message from the afternoon panel: “The people who voted for Trump voted out of fear. Let us fight with love because love will win.” 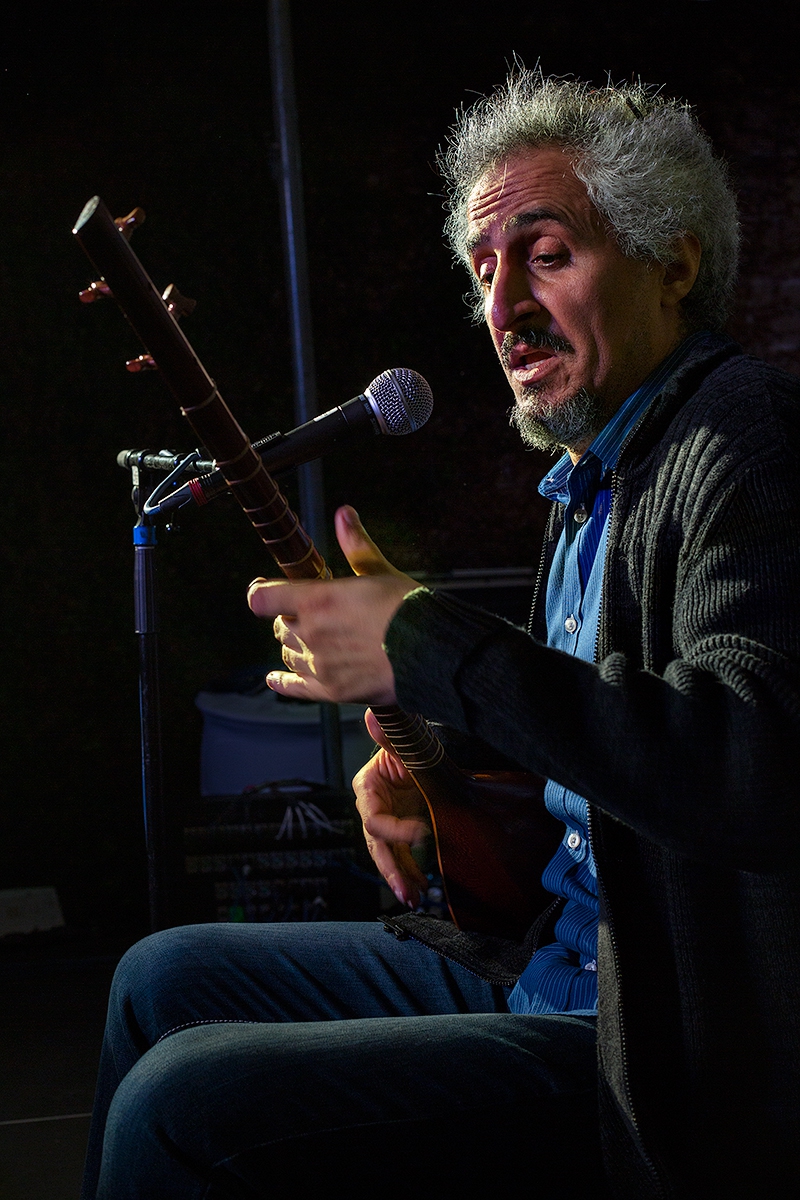 Several times throughout the day and night, emcee and standup comedian Azhar Usman broke it down this way: “Politics demonizes. Culture humanizes.”

You didn’t have to be at the ContraBanned showcase to see how culture humanizes in Austin, the so-called live music capital of the world. Iranian musician Mohsen Namjoo was on the SXSW bill. He’s from Tehran, now living in Brooklyn, and for a number of reasons doesn’t travel back home. (“My family doesn’t want to come to the US,” he laughs, acknowledging that the travel ban’s personal impact is minimal for him.)

And after he presented his set of Persian American modal blues to an attentive audience, he recounted to me: “This is my first time in Austin, and [I] was walking on the street and I was amazed at this diversity of people, of races, of music, you know, and all of them get together just because of one thing: music.”

When I returned to my hotel room around 2:30 a.m., I caught up on the latest headlines, including the apparent unrequited handshake between Trump and German Chancellor Angela Merkel.

That idea — “politics demonizes, culture humanizes” — suddenly felt like more than bumper-sticker hyperbole. And the ContraBanned hashtag, #musicunites, felt like it had achieved its goal. 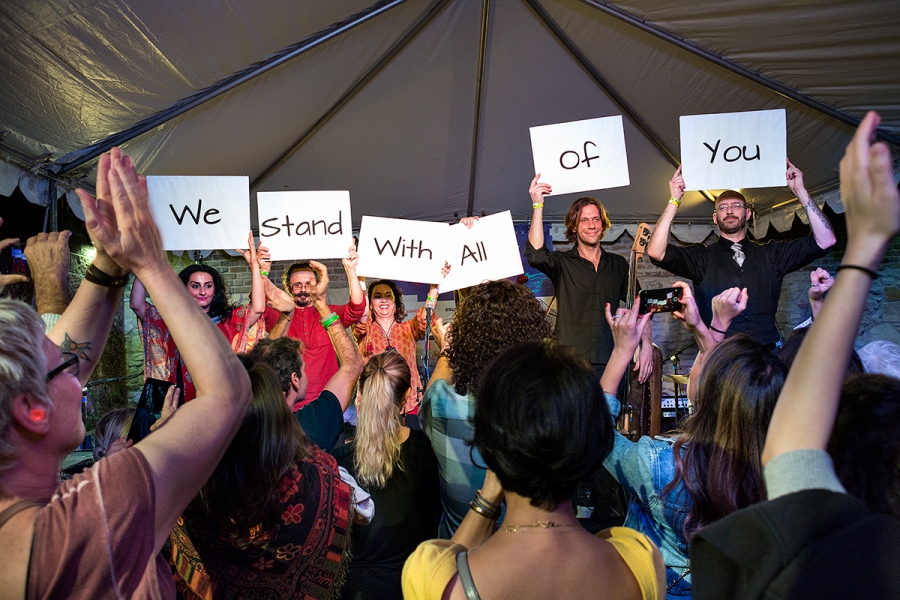