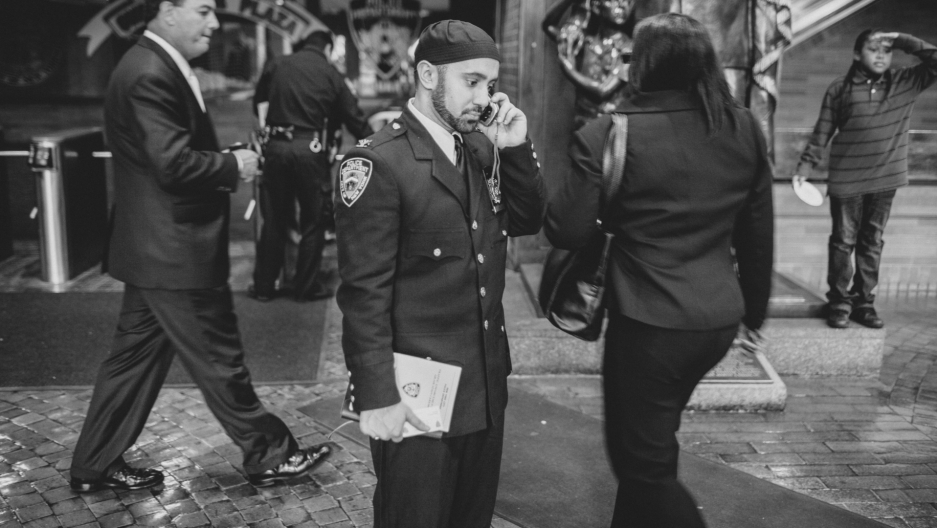 Imam Khalid Latif is an imam for the New York Police Department. He is also the executive director at the Islamic Center at New York University.

Two federal judges, in Hawaii and Maryland, recently froze parts of President Donald Trump’s order to block travel and immigration from six countries — Iran, Libya, Somalia, Sudan, Syria and Yemen. All heavily Muslim nations. Groups pushing to stop the order say it was a Muslim ban and followed what Trump said he’d do during his campaign.

For a lot of Muslim Americans, this order feels like a stance against them, in an America where anti-Muslim hate crimes are on the rise.

Khalid Latif is someone who hears about these worries — and feels them himself. He's a chaplain, an imam, for the New York Police Department. "The uniform in and of itself just commands a lot of respect. Everyone’s calling you 'sir,' and you have men who are twice your age stopping to salute you," Latif says.

Out of uniform, Latif says life can change drastically. He's been detained and searched several times after landing in the US from international flights. "When they would go through my belongings, they’d find my police credential. They’d start asking me, 'You know, why are we stopping you?' And I’d say to them, 'Why do you think you’re stopping me?' They’d say, 'Look, man, you’re young and you’re male and you’re Muslim, and those things don’t go together so well right now.'"

Latif tells his story in the video below, part of a digital series by filmmaker Joshua Seftel called “The Secret Life of Muslims." To see more stories from the series, a partnership with Vox, head here or check them out on Facebook.