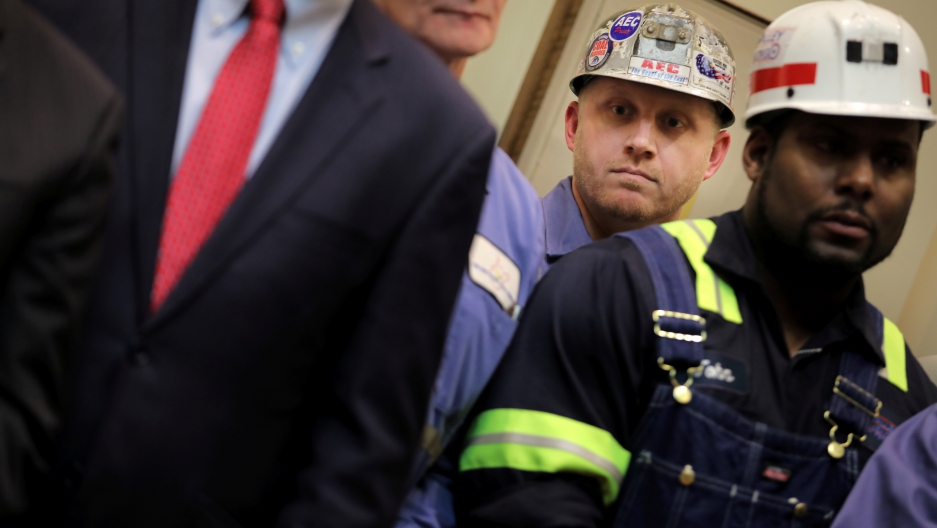 A coal miner worker attends the signing ceremony by President Donald Trump of Resolution 38, which nullfies the "stream protection rule," at the White House in Washington, February 16, 2017.

Robert Murray, head of Murray Energy, has called that particular regulation “destructive and illegal.” He and other leaders in the coal industry said it would cost thousands of jobs.

President Donald Trump has been particularly focused on rolling back regulations — even declaring that for agencies to enact a new regulation, they must roll back two others.

Then there’s the case for clean water.

“All Americans, from Alaska to Appalachia, deserve common sense protections for clean water, and that’s why we just can’t send our nation back in time and let the coal industry do whatever it likes,” says Earthjustice attorney Emma Cheuse.

And, environmental advocates say, environmental regulations aren’t the job killing enemy lawmakers and the Trump administration make them out to be. While it's true about 300 coal plants have shuttered since 2008, a lot of that is due to changing prices of fossil fuels.