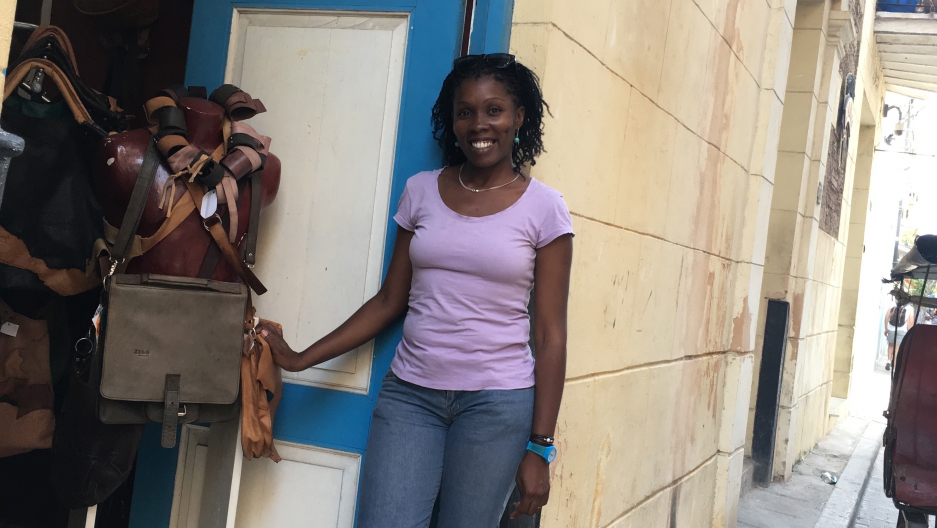 Small business owner Mady Zulueta outside her store, Zulu, in a prime area of Old Havana, Cuba. She gets a lot of customers from tourist foot traffic, but says her business would be able to grow if she could buy raw materials from the US and use online tools like Paypal, which she cannot do due to the US embargo.

When Cuban American Osmel Hernández recently arrived back in Havana after years living in Los Angeles, he was struck by the lack of commercialization. “Everything is virgin here,” he said, referring to the lack of big-box chain stores and fast-food outlets.

“You can tell that today in this country [where] you don’t see a McDonald’s [on] the corner, it’s a virgin country,” Hernández said.

Business ideas flow when he looks around his old Havana neighborhood, Cerro. A company selling ice made from filtered water perhaps? Or maybe organizing tours for foreigners who have never been to Cuba, he thinks aloud. “You see a lot [of opportunity] to invest,” Hernández said.

And for this very reason, Hernández thinks President Donald Trump may be incentivized to push his party to end the decades-long US trade embargo against Cuba. When it comes to Cuba, Hernández thinks politics comes second for Trump.

“He is a businessman,” Hernández said. “Even he was trying to make business with Cuba in 1998,” he added. He could have been referring to allegations of Trump dealings on the island like the ones that surfaced last year in a Newsweek article.

Last year, President Barack Obama brought about a major thaw in US-Cuba relations. But President Trump has yet to make any policy moves regarding Cuba. On the campaign trail, candidate Trump reassured the Miami Cuban lobby he was on their side. Yet he also said that he agreed with normalizing relations with Cuba, just wanting a “better deal” for the US than what his predecessor got. He has not offered any more detail about what that “better deal” might entail.

Yet when it comes to investing, Trump is poised to make a lot money in Cuba. He’s in the right business, as Havana, with its growing tourism sector, has a dire need for hotel beds.

Back in March 2016, when Trump was still vying for the Republican nomination, CNN’s Wolf Blitzer asked him if he would open a Trump Hotel in Havana. Trump responded “I would. I would.”

But he added an important qualifier in his answer to Blitzer. “At the right time, when we’re allowed to do it,” Trump said. “Right now we’re not.”

Besides the Newsweek story on the mogul's alleged 1990s dealings on the island, last July Bloomberg reported that Trump associates allegedly went to Cuba in 2012 and 2013 to discuss potential golf resort opportunities. The then-candidate had an unsure response to the allegation.

So, might he be the president to end the embargo?

Sen. Thad Cochran, a Republican from Mississippi who was part of a recent US congressional delegation to Havana, was asked this very question at a press conference.

“I think there is a new openness, a willingness to take chances to see if they work, and I think that has some people a little nervous,” Cochran said. “They don’t know what the new president is going to announce or say in the next minute.”

While many in Havana were hoping a Hillary Clinton presidency would continue what Obama started, there is a sense that maybe a Republican president — with business interests in Cuba — might be the one to convince his own party to end the embargo.

A freelance journalist in Havana, Oscar Alba, says he’s heard talk of just such a scenario.

“I know some Cubans are hopeful that, because he is a businessman, he will put business interests first,” Alba said. “But you have to take into account that many Republicans are against ending the embargo, and the president can’t just end it on his own: Congress has to do it.”

Cuban writer Dimas Castellanos doesn’t believe Trump can pressure his own party to radically change policy toward the island unless the Cuban state makes its own changes.

“I think the most feasible thing Trump will raise is that he is open to changing the political course with Cuba as long as the Cuban government makes political changes to a democratic system,” Castellanos said.

There are many reasons Cubans hope the embargo finally ends: access to medications that are produced by US pharmaceutical companies, access to a broader range of food products, and for small business owners, access to the US market to buy cheaper raw materials and even sell their products. 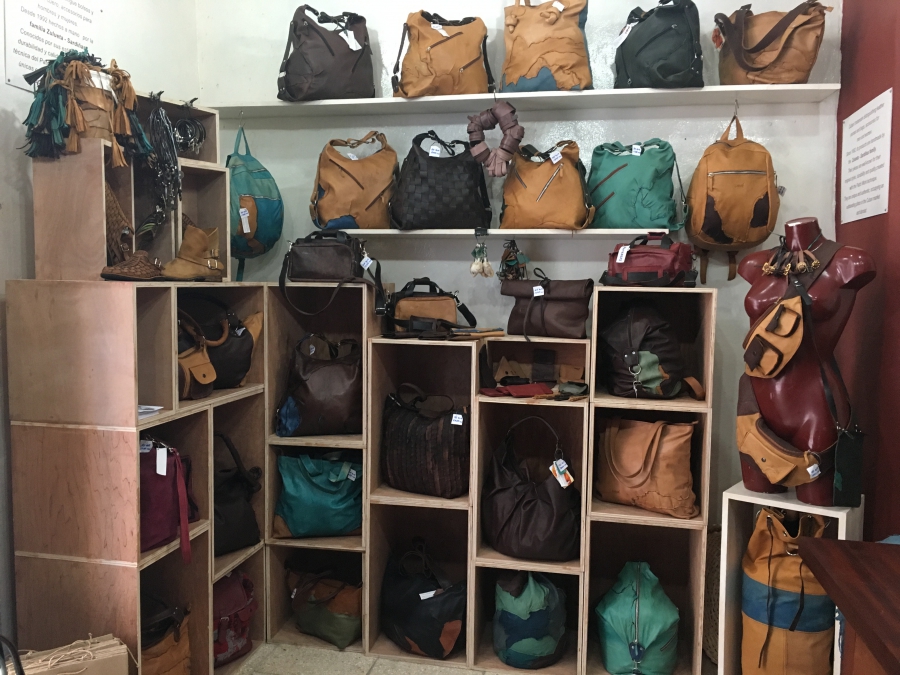 Hand-made bags on display at Zulu in Old Havana.

Mady Zulueta started her own hand-made leather bag business three years ago. Ending the embargo, she said, would mean getting access to a bigger variety of buttons, clasps and clips from the US to make her high-end bags.

She has a store in Old Havana where she sells them. Many tourists meander in because of her store’s prime location on a cobbled street near the Plaza Vieja.

“We get so many customers who have come here and bought our bags emailing us wanting to buy more, but we don’t have a way to export,” Zulueta said. “If the blockade didn’t exist, we could easily export our products.” (The embargo is often referred to in Cuba as el bloqueo.)

There is also no way to receive payments from US clients. Because of the embargo, “Paypal doesn’t exist for us,” she said.

This is the very people-to-people contact that Obama pushed for. But Zulueta says it’s probably the business angle that appeals more to President Trump.

“Cuba might interest [Trump] as an untapped market … but I don’t see much changing because I haven’t heard him talk about ending the blockade, it’s actually been the opposite,” Zulueta said.

She’s referring to statements Trump made while campaigning.

Last September candidate Trump told an audience in Miami that “all of the concessions that Barack Obama has granted the Castro regime were done through executive order which means the next president can reverse them, and that I will do unless the Castro regime meets all of our demands.”

Whether Trump makes good on that promise remains to be seen.