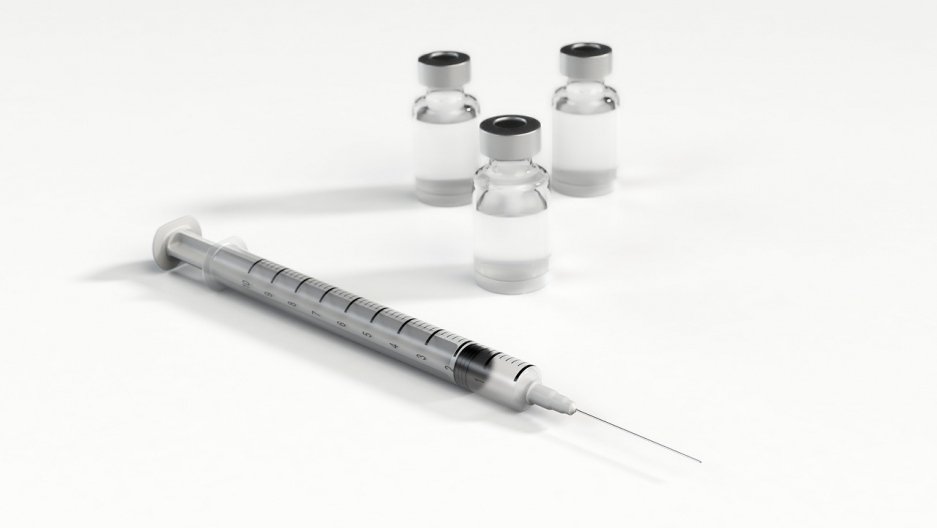 We need new antibiotics to fight increasingly drug-resistant pathogens. Scientists are looking for them in some unexpected places.

It’s been just shy of 90 years since Alexander Fleming discovered penicillin in his London lab, but as the World Health Organization recently cautioned, we’re already headed for a “post-antibiotic era.”

The problem is antibiotic resistance: Infectious diseases are outpacing the ability of current drugs to fight them. Part of the challenge is in finding new antibiotic sources. Most current antibiotics come from bacteria found in the soil, but Kim Lewis, who directs Northeastern University’s Antimicrobial Discovery Center, says only about 1 percent of soil microbes can be cultured easily in petri dishes.

“But then you hit upon the remaining 99 percent, also known in microbiology as the microbial dark matter, that does not readily grow in the lab,” he says. “And that is a big problem.”

As of last fall, 40 new antibiotics were in clinical development for US markets, according to data from the Pew Charitable Trusts. But Lewis says these new drugs are mainly analogs of existing antibiotics — and while useful, the reprieve they provide will only be temporary. “Resistance develops much faster, of course, to analogs of existing compounds,” he explains. “If you look at completely new classes, there's almost nothing in the clinic right now. So, the pipeline is really pretty dry.”

But Lewis is part of a group of scientists that's trying to change that — mining new methods and other crevices for better infection-fighting agents. So is Jon Thorson, who directs the University of Kentucky’s Center for Pharmaceutical Research. His team has even hunted microbes in Kentucky coal mines.

“There’s a long tradition for microbes being a source for antibiotics,” Thorson says. “Drugs like tetracycline, macrolides like erythromycin, aminoglycoside antibiotics are all produced by bacteria. But one of the challenges in our field, really, is, how do you reduce the percentage of rediscovery?”

“So, the way to do that is to go into areas where people haven't explored. And that's what brought us into coal mines and other environments that really have not been explored in this regard.”

In the mine, Thorson and his team discovered an enzyme that could make an existing antibiotic more potent. “So, the source of these antibiotics, or these small molecules, are again bacteria,” Thorson explains.

“And they produce not only molecules that have biological activity, but they also have enzymes that are responsible for making them. And sometimes, we can take advantage of those enzymes to do chemistry.”

Related: The UN just took on antibiotic resistance, but can diplomacy help us combat disease?

Meanwhile, Lewis’ research expands the field in another direction: the 99 percent of soil microbes that, so far, have proved too tough to culture in a lab. “My colleague, Slava Epstein, from Northeastern had a very simple idea: We will grow bacteria in their natural environment, where, of course, they do grow,” he explains.

Scientists still aren’t quite sure why certain bacteria are so hard to cultivate in the lab. Lewis says some bacteria depend on growth factors from other bacteria to get iron and other nutrients from the environment. "But that explains about 10 percent of the 'uncultivability,'" he says. "We still don't know why 90 percent of the microbial dark matter doesn't grow."

Needless to say, Lewis and Epstein developed a workaround. They built a box, called a diffusion chamber, to sequester the bacteria inside its native soil. “Essentially, we take a sample of bacteria from soil, we sandwich it between two semipermeable membranes, and then that diffusion chamber goes back into the soil,” Lewis says.

Nestled cozily inside their home dirt, bacteria in the diffusion chamber don’t know they have been tricked into growing in a lab environment. “And so they start forming colonies,” he says.

The diffusion chamber is already giving up secrets: In 2015, Lewis and his colleagues announced that bacteria from a grassy Maine field yielded an antibiotic they called teixobactin. Still in development, the antibiotic is active against deadly infections like MRSA and tuberculosis.

But Lewis says that in the ever-changing battle against bacteria, we need to stay nimble — and we still have a lot left to learn. “Our best antibiotics, like penicillin, for example, they bind several related targets,” Lewis says. “But if you're developing a new compound, and it binds only one target, then that will be a problem.”

“And the other very big problem is penetration. So, bacteria evolved a terrific penetration barrier, their cell envelope, that restricts penetration of compounds that look like drugs. So, some antibiotics, of course, are molecules that evolved to penetrate. But we still do not have a very good understanding of which molecules will and which will not penetrate.”