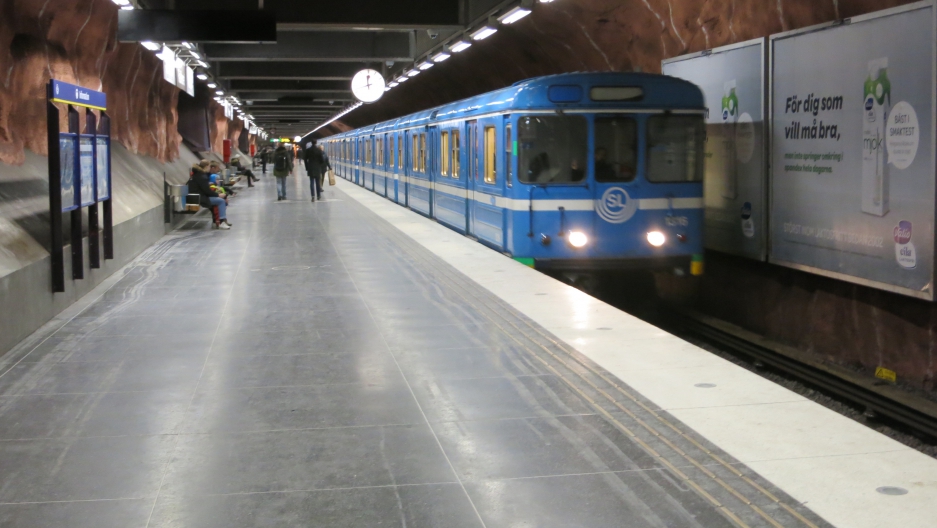 Stockholm's highly-efficient subway system. Trains are known for running frequently and on time. They have large ridership but are not overly crowded because of the frequency of the trains.

America is literally falling apart. The most authoritative report of the country’s infrastructure, released Thursday, gave America's crumbling roads, bridges, dams, schools and other essential underpinnings an overall D+ grade. Not a single element of America’s framework received an A.

The American Society of Civil Engineers’ (ASCE) quadrennial infrastructure “report card” painted a grim picture of the US backbone. According to the analysis, there hasn’t been much improvement in the state of America’s transportation, water, energy, education and waste management programs since the last report was released, in 2013.

On the campaign trail President Donald Trump vowed to fix America's infrastructure — but before he announces any new plans, he might want to look at some countries that do it well.

"Sweden is the world’s leader in traffic safety while still providing a high level of accessibility," says Jonathan Levine, an urban planning professor at the University of Michigan who focuses on transportation. "I’m sorry to say the United States is really quite far down the list."

Levine says these countries also share another trait: They are cultures that accept the role of government in society. "In the United States, we have a bit of a tense role between government and the market or government and society. In these [European] countries, there’s much more of a taken-for-granted attitude that government is part and parcel of society and government is able to take actions that are need to support markets, to support private property and in general to support society."

There are other countries that Levine admires, but with a caveat. "Sometimes I look longingly at other countries. ... When China wants to develop for example, high speed rail, they just develop high speed rail. They’re not built around a system of checks and balances, of competing levels of government at state, federal, local and metropolitan levels." Levine is not interested in giving up America's democratic institutions, but he laments that it makes investment in infrastructure a slave to politics.

Swedes are very proud of their top-notch trains, planes and roadways. They boast that they match or outperform those of any other European country.

Fans of the country's traffic options include Indonesian engineer Yusak Susilo, who specializes in transportation at the Royal Institute of Technology in Stockholm.

Since moving to Sweden, Susilo has given up driving. He takes public transport to work everyday. And although it takes him about an hour door-to-door, he describes the system as "clean, safe and quiet."

Swedish cities are not built around the automobile. Susilo says rush hour lasts about an hour and he rarely has to wait longer than ten minutes for a Stockholm bus.

The nation invests heavily in transportation infrastructure. Susilo says typically all fares and congestion charges for traveling at peak times are injected directly back into the system.

"In Sweden, there's been a long tradition of a government interest to actually serve the public — public interest is still number one."

And Susilo points out that family-friendly Sweden goes to lengths to make transport easier for those providing child care. If you board a Stockhom bus with a stroller, the child and the passenger pushing the stroller ride for free.