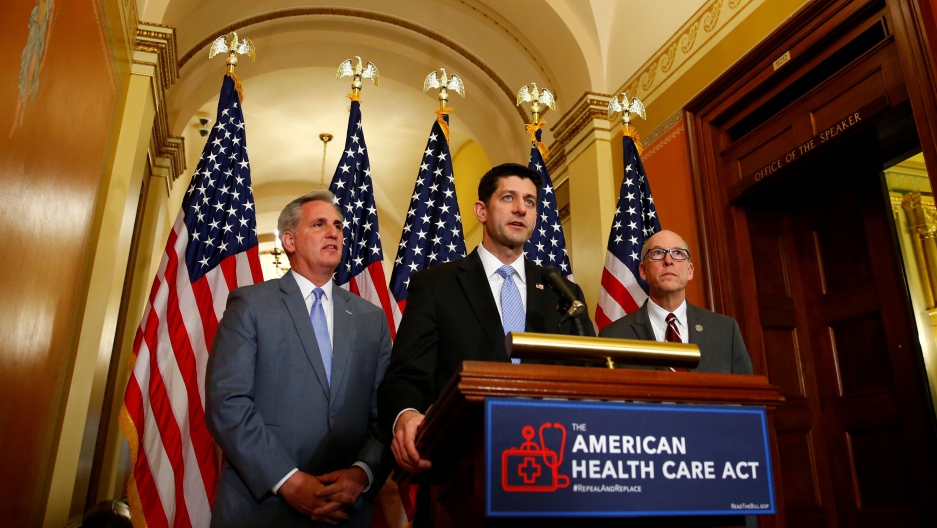 House Republicans unveiled their long-awaited plan to repeal and replace the Affordable Care Act this week. Democrats and some moderate Republicans have already said the plan will hurt Americans who rely on insurance plans under the ACA, while ultra-conservative members of Congress are criticizing the plan and calling it "Obamacare Lite."

As The Takeaway previously reported, the new bill could hurt senior patients, and people covered under the ACA's Medicaid expansion could also lose their coverage if states don't have enough money to pick up the tab.

Related: More than a few conservatives are pushing back against House Republicans' new health care bill

Though some Americans will undoubtedly be hurt by this law, others will be helped, according to Julie Rovner, chief Washington correspondent for Kaiser Health News. She says that two primary groups of people who were “disadvantaged by the Affordable Care Act” will see some kind of benefit under the Republican plan, which is called the American Health Care Act or AHCA.

“One [group is] the people who were already in the individual market — these were mostly healthy people, because if you were sick you couldn’t buy insurance in the individual market, and these were also people who earned just slightly too much to get any of the tax credits or subsidies, so when premiums went up to help cover the sick people, they had to pay the full rate — those people were definitely disadvantaged,” she says.

Rovner adds that because the process for obtaining tax credits or subsidies under the Affordable Care Act has been “opaque and complex,” some people were not able to fully realize savings under the law.

“There were some people who probably should’ve been getting help that weren’t, or should’ve been getting more help and weren’t getting as much as they should’ve under the law, and they were disadvantaged,” she says. “But it’s perhaps the first group — the healthy people who were paying the full rate — who could conceivably get some help under the Republican plan. There might be fewer benefits offered, so they might be able to have access to cheaper insurance. With the second group, it might be easier for them to get these new tax credits, but these new tax credits, in all likelihood, won’t go as far as the more complicated ones under the Affordable Care Act.”

However, because Republicans want to avoid a filibuster challenge in the Senate, Rovner says that the GOP cannot make too many changes to the law.

“The way the bill is written now, it phases in [changes] very slowly,” Rovner says. “The real question is whether, if it’s to pass in the next few weeks as Republicans want, whether the insurance industry would have enough confidence to continue to offer coverage starting in 2018. There could be a very rapid impact, perhaps unintended, that there is no insurance to buy. But this would take a while — they wouldn’t change the tax credits or change the Medicaid provisions for another two years under this bill.”

Wealthy people will also benefit under the Republican plan, Rovner says, because the taxes the Affordable Care Act levied in order to pay for expanded coverage will be repealed under the new proposal.

“Wealthy people would have way fewer taxes [under the AHCA]. In addition, there are a lot of programs that help people who have enough money to put away for health care [to then] put that [money] away, tax-advantaged, and this would re-expand those — things like health savings accounts and flexible spending accounts,” she says. “There would be sort of a dual advantage for wealthy people in this bill.”