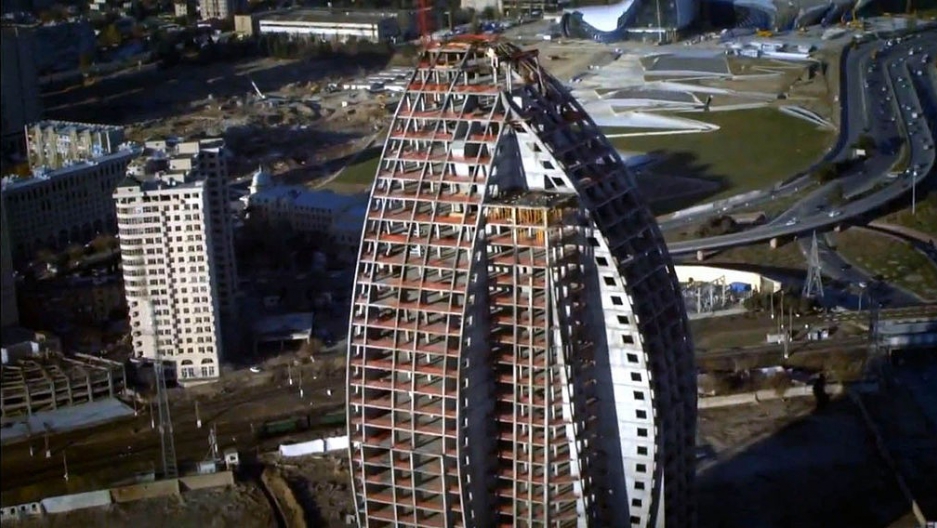 Trump Tower in Baku, Azerbaijan in 2011.

Here's a headline that the White House wouldn't like.

Donald Trump helped build a hotel in Azerbaijan that appears to be a corrupt operation linked to Iran's Revolutionary Guard.

He traveled to the former Soviet republic for a close-up view of the Trump International Hotel and Tower Baku. While Trump has been associated with some controversial hotel and golf course projects worldwide, some that failed, some that are even hated by the locals, but Adamson calls the "ultra luxury property" in Baku Trump's worst deal ever.

Related: What happened to all the South American Trump Tower plans?

"Heydar Aliyev Prospekti, a broad avenue in Baku, the capital of Azerbaijan, connects the airport to the city. The road is meant to highlight Baku’s recent modernization, and it is lined with sleek new buildings. The Heydar Aliyev Center, an undulating wave of concrete and glass, was designed by Zaha Hadid. The state oil company is housed in a twisting glass tower, and the headquarters of the state water company looks like a giant water droplet. “It’s like Potemkin,” my translator told me. “It’s only the buildings right next to the road.” Behind the gleaming structures stand decaying Soviet-era apartment blocks, with clothes hanging out of windows and wallboards exposed by fallen brickwork.

As you approach the city center, a tower at the end of the avenue looms in front of you. Thirty-three stories high and curved to resemble a sail, the building was clearly inspired by the Burj Al Arab Hotel, in Dubai, but it is boxier and less elegant. When I visited Baku, in December, five enormous white letters glowed at the top of the tower: T-R-U-M-P."

Do you have any questions about this story for @adamdavidson? Tweet them at us and he might answer on our Web site. https://t.co/uJPLBZO2S7