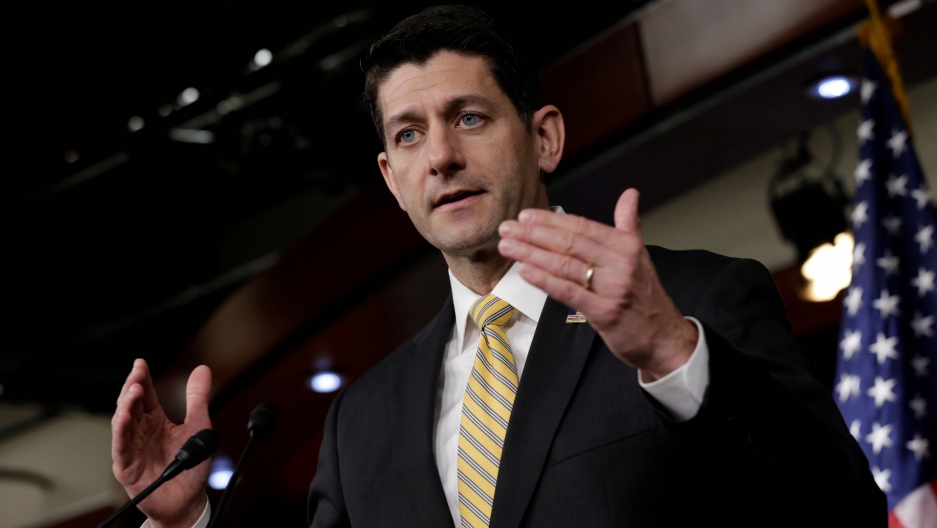 US House Speaker Paul Ryan (R-WI) speaks at his news conference on Capitol Hill in Washington, DC, on March 2, 2017.

Republicans have long talked about repealing  former President Barack Obama’s signature health care law — the Affordable Care Act — and on Monday, GOP leaders in the House of Representatives released details about what they intend to replace Obamacare with.

The new bill, which is called the American Health Care Act, would do away with health insurance mandates and create a system of tax credits to encourage Americans to purchase insurance. The new legislation would also unwind the expansion of Medicaid, but keep some popular provisions from the Affordable Care Act, including allowing people to stay on their parents' insurance plans until the age of 26.

Though the Trump administration hopes to pass the AHCA by mid-April, many are wondering if a voluntary insurance system can outdo Obamacare, which signed up well over 10 million people, according to conservative estimates.

As it stands now, The Takeaway's Washington correspondent, Todd Zwillich, says there are no cost or coverage estimates for the Trump administration’s new plan, and not all in the GOP are on board. Four key Republican senators from states that opted to expand their Medicaid programs under the Affordable Care Act have said they will oppose any plan that leaves millions uninsured.

This plan from House Speaker Paul Ryan, a Republican from Wisconsin, “has run into the political realities of seven years of a country on increasingly popular Obamacare [plans],” says Zwillich. “Paul Ryan has had designs on the health care system for his entire career, so has Tom Price, the [Health and Human Services] secretary. We all know that. And now, you’re in a situation where millions of Americans have realized some benefits, either on the individual insurance markets under the ACA or through expanded Medicaid in 31 states.”

More than a few conservatives in the House are pushing back against the new plan, Zwillich says, and they have already begun calling the American Health Care Act “Obamacare 2.0” and “Obamacare Light.”

“The chairman of the conservative Republican Study Committee has already called it a Republican welfare entitlement,” Zwillich says. “But this is early days — just because some Republicans are panning this plan doesn’t mean it can’t pass or that something can’t pass. It means that it’s probably not going to pass in the form that we’re talking about today.”

President Donald Trump has said that Americans who are currently covered will continue to have health insurance and that it will be better and cheaper than what has been offered under the Affordable Care Act. That rhetoric, Zwillich says, has driven congressional Republicans “crazy.”

“Nobody who’s ever looked at health care policy thought that was a reality or anything close to reality,” Zwillich says of Trump’s comments. “There are trade-offs in health care policy, in particular with so many interconnected parts. It was fun for the president to say that, but nobody putting on the green visors and getting down to the reality and the billions [of dollars involved in] health care coverage thought that was ever realistic.”

Though there is no individual mandate that forces people to buy coverage, which has helped curb some insurance costs, Zwillich says that health insurance companies under the ACHA would be able to charge people a 30 percent surcharge on top of their yearly premiums if their coverage lapses for more than 63 days.

“They’re trying to encourage you to keep your coverage — to not let it lapse,” he says. “But this could have a perverse incentive. One thing it could do, it could have the opposite effect — you might be more willing to pay that 30 percent surcharge if you need coverage than if you don’t.”

Additionally, the new plan comes with a system of tax credits that shifts benefits away from older and sicker people and towards younger and healthier people.

After the year 2020, the ACHA will also do away with the Obamacare Medicaid expansion, which provides coverage to more than 10 million Americans in 31 states.

“Between now and 2020, you wouldn’t see a lot of change if you were in a Medicaid expansion state, but after that, rolls would probably drop off significantly,” Zwillich says.