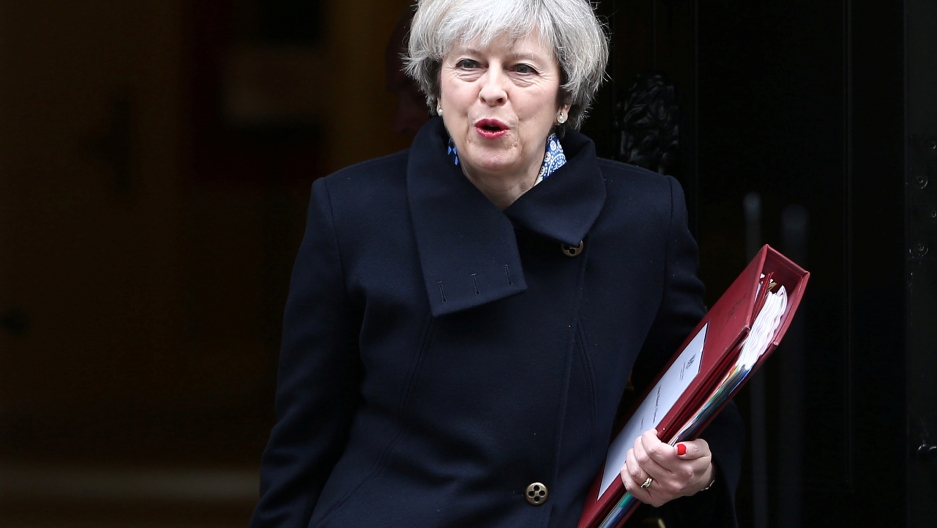 Britain will "fight back" if the EU will not strike an acceptable deal on Brexit, finance minister Philip Hammond said Sunday.

He said Britain would "do whatever we need to do" to be competitive if the country left the European Union without concluding a trade agreement.

"British people have a great fighting spirit and we will fight back. We will forge new trade deals around the world.

"We will do whatever we need to do to make the British economy competitive and to make sure that this country has a great and successful future."

Hammond, the chancellor of the Exchequer, refused to be drawn on whether that meant Britain would cut its corporation tax, set to fall to 19 percent on April 1 from 20 percent, in a bid to attract investment away from Europe.

"We expect to be able to achieve a comprehensive free trade deal with our European Union partners, but they should know that the alternative isn't Britain just slinking away into a corner," he said.

Britain is one of the largest net contributors to the EU budget, along with Germany, France and Italy, and the issue of outstanding payments will be a priority for Brussels in the Brexit talks.

Britain's former ambassador to the EU has said the bloc is set to demand up to 60 billion euros ($64 billion) from Britain, a figure that other EU sources have confirmed to AFP.

A committee in the British parliament's upper House of Lords said Saturday that the UK could legally leave the EU without settling its accounts.

But Hammond indicated that Britain would pay any bills it owed to the EU.

"This is a piece of negotiating strategy that we are seeing in Brussels," he said.

"We are a nation that honours its obligations and if we do have any bills that fall to be paid we will obviously deal with them in the proper way."

Prime Minister Theresa May intends to trigger Article 50 of the EU's Lisbon Treaty by the end of March.

This starts a two-year withdrawal process, after which Britain will leave the union whether or not it has struck a deal on its future ties with the bloc.