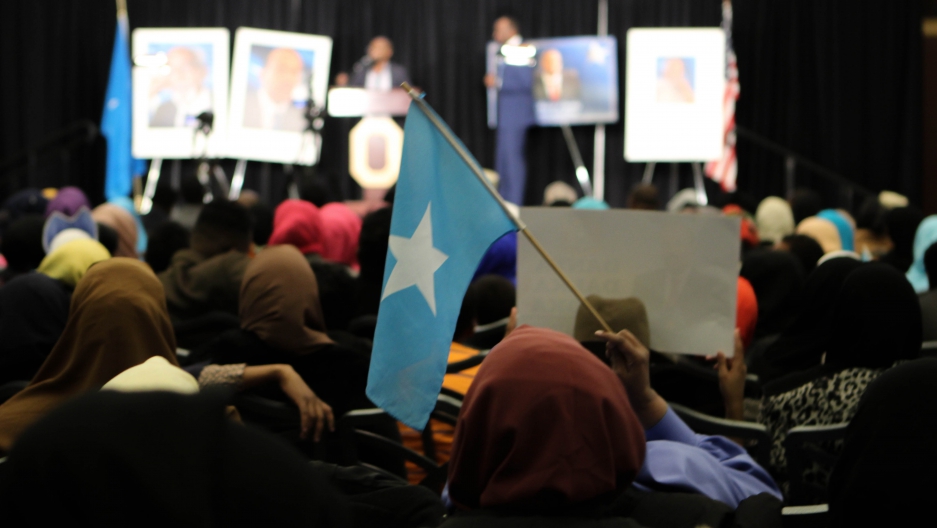 It’s a party at this large banquet hall in Columbus, Ohio, with at least a thousand people packed in. Women wear dresses and headscarves in light blue and white, the colors of the Somali flag, and everyone is dancing to a hit song honoring Somalia’s new president, Mohamed Abdullahi Mohamed.

For many Somali Americans in the US, Mohamed is a reason to celebrate. On February 8, he won what's considered the East African nation's closest thing to a democratic presidential election since 1969. And many Somali immigrants — and there are many in Columbus, one of the biggest Somali communities in the US — identify with Mohamed, who lived and worked in the US and is a dual citizen.

"Ever since he got elected there have been so many songs," Hassan Elmi said at last weekend's party in Columbus.

Elmi notes that the lyrics of one of the songs playing at the banquet hall say, "Hey, Farmajo, please hold our hand and guide us." "Farmajo" is the president’s nickname, from his dad apparently — a play on the Italian word, formaggio, for cheese.

Mohamed ran on a platform to tackle corruption and unify Somalia. A lot of people think he can do that. He was prime minister once, and well liked. The people’s choice prevailed, some here say. So, there’s optimism and Elmi says it’s spreading throughout Somali communities worldwide. "It's happening right now in Columbus, it's going to happen in Minnesota, it's going to happen in Toronto, all over the world where the Somali people have a population."

But Somalia is a country Elmi has not seen for years, 18 to be exact. Like others here, he was a refugee, fleeing Somalia's civil war in the 1990s. Now, he’s rooted in the US, with a young family and a career in finance.

But some people at the banquet hall are also questioning life here. Sowda Farah is a recent college grad who also spent five years in a refugee camp in Kenya before coming to Ohio when she was 10.

"I went to school here, I grew up here," she says. "I felt safe, but honestly I don't feel safe no more, and I know I feel like maybe I’m exaggerating, but I’m really not."

Since Donald Trump’s election, hate crimes against American Muslims are up. Then, there was the president’s executive order that banned travelers from seven Muslim-majority countries, including Somalia, from entering the US. Even though that order is currently blocked by the courts, Farah is rethinking things. She says Mohamed’s presidency might mean better days for Somalia, and she is seriously considering returning to a country she barely knows. 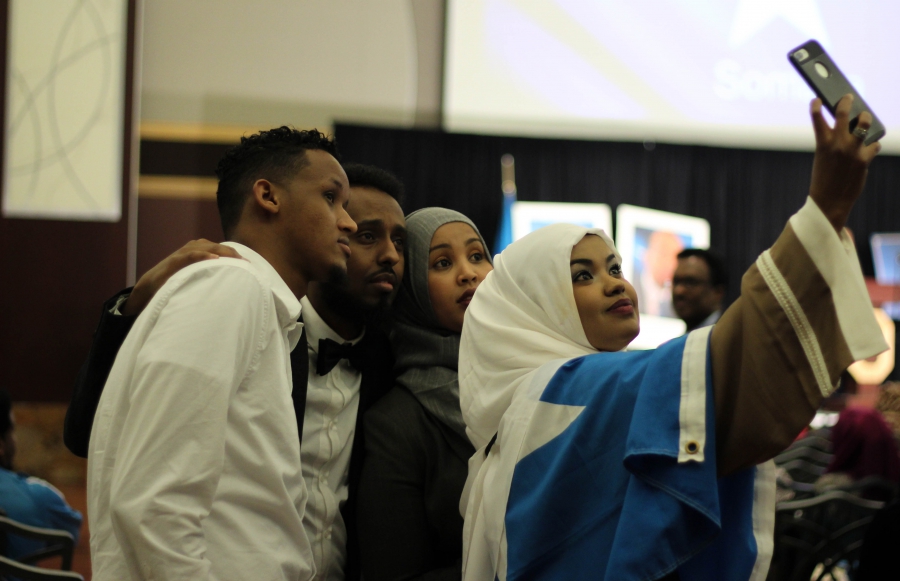 "A lot of people, especially around my age, are thinking of going back home," she says. "Taking their experiences, taking their education back home, because honestly if you don't help your people, nobody else will."

The new president did just that — taking his college degree from the US, his time spent working for the government in New York, back to Somalia.

Also here is Ali Adam, who is in his 20s and has lived in the US since he was 8 years old. He finds Mohamad’s story inspirational because it's "telling me that I can go back to my country and become president one day."

Adam welcomes President Mohamed, but says progress will be tough. Somalia faces possible famine after years of drought. The terrorist group, al-Shabab, is still carrying out deadly attacks. And rebuilding after decades of civil war is slow.