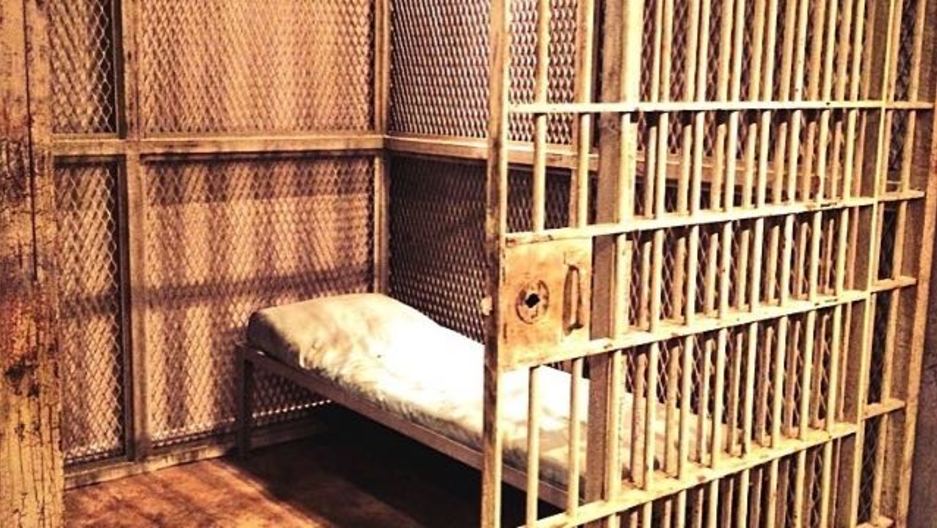 This is a view inside a prison cell. Nearly half of all inmates in federal prisons are incarcerated for drug-related offenses.

#38. @realDonaldTrump Do you support rehabilitation or incarceration for nonviolent drug offenders? #100Days100Qs

In 1999, Aaron Glasscock was just 22 and two months shy of graduating from college when he was sentenced to 30 years in federal prison for a nonviolent drug offense: conspiracy to possess with intent to distribute cocaine. Nearly 20 years later, Glasscock is out of prison, as his sentence was commuted by President Barack Obama.

Before he was officially convicted, Glasscock, a Kentucky native, went through four trials. Two resulted in hung juries, and a third ended in a mistrial.

On Feb. 8, 2017, he was released from prison at the age of 40, and he’s quickly learned that life outside looks much different than he remembered it. He’s both worried and optimistic about the future.

“I’ve got a list of things I need to do, like get my license, and I’ve got a lot of the other stuff — get a phone, get a job — just small things that I need to get done,” he says. “I feel good about my chances of getting any job — a regular job — but ultimately, I want to get something I can make a career out of.”

The story of Glasscock's release and reintegration is being told by The Takeaway in a new series called “Commuted: Life After Prison.” Glasscock is just one of 1,900 people who had their sentences commuted by President Obama before he left office, a small number when considering how many others like him are out there.

According to the Bureau of Justice Statistics, more than 189,000 people are currently in the federal prison system, and nearly half — 46.4 percent — of all inmates are incarcerated for drug offenses. When adding together figures from the state level, the US prison population soars to 1.5 million, with more than 50 percent of inmates in prison for drug offenses.

Back in the spring of 2016, there was a bipartisan effort in Congress to reform the criminal justice system — even House Speaker Paul Ryan was hopeful that the legislation, which focused on easing federal sentencing guidelines for nonviolent offenders, could pass.

However, when Donald Trump ascended to the position of GOP nominee as the “law and order candidate” during the 2016 election, senators and representatives realized that any enthusiasm for reform had evaporated.

“I do believe it is over,” said Senator Richard J. Durbin of Illinois in September. “We missed an opportunity.”

About a year ago, eight in 10 voters said they supported “giving judges the flexibility to determine sentences based on the facts of each case when considering drug offenses, while 77 percent support the same policy for all cases,” according to a February 2016 survey by the Pew Charitable Trusts.

Additionally, the American Bar Association has argued that policymakers should shift “funds from support for unnecessary, and unnecessarily lengthy, incarceration to proactive and preventive strategies for gang and drug offenses and for alternatives to incarceration and programs for re-entry.”

With this in mind, the question we have for President Trump is: Do you support rehabilitation or incarceration for nonviolent drug offenders?