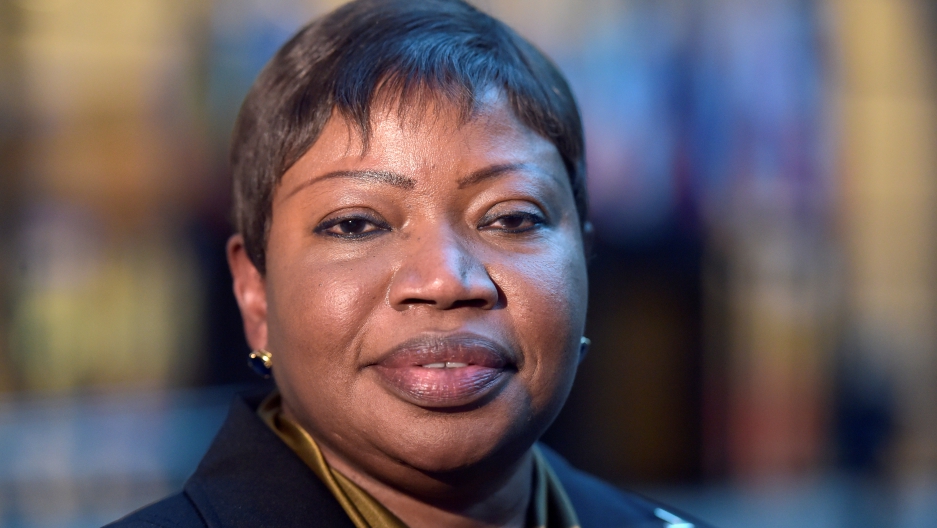 She made up her mind when she saw the baby.

There’s a sadness to Amal — but it isn’t weakness. It’s like a firm, concrete melancholy. It’s hard to imagine her running away from anything. But here’s what happened: She had been teaching math when government forces torched her village in Sudan.

She and the villagers decided to make their way to a refugee camp. That, she says, is when she saw the baby.

A baby girl, no more than 5 days old, trying to feed off her mother, who was dead. Amal picked that baby up, and walked for three days to the camp. Then and there, she decided to become an activist for women and children.

Amal says hardly any men came to the camp — they were all fighting or dead. The camp was mostly women, rape victims, some pregnant, many suicidal.

"It's a systematic targeting of women who are the bearers and the fabric of society," says Monica Feltz, the executive director of the International Justice Project, which assists victims of genocide, war crimes and crimes against humanity. She works with many victims of the Sudanese conflict.

"Commanders and those who are perpetrating the crime — they know women will be stigmatized if they are raped, if they bear children who are not of their tribes. This is a very systematic approach by the government forces," she explains.

There are currently over a dozen cases and investigations against African leaders being reviewed by the International Criminal Court. Most of these cases involve systematic sexual violence against women.

Amal says back in Darfur when she would report rapes, the official response would be, "Look, this happens. Assault, happens." And then, it happened to her.

She was detained, she was tortured, she was assaulted. When it was over, she was able to make her way to the US, as a speaker at a conference. She stayed, as a refugee.

But Bashir was never arrested.

"My clients from Darfur, who have been waiting for 10 years ... longer ... for justice, were really let down," Feltz laments.

Bashir traveled freely to South Africa. A lot of people saw this as a sign of how ineffective the International Criminal Court has become. Last year, South Africa announced it was leaving the court. At the time, The Gambia released a statement saying "The ICC, despite being called 'the International Criminal Court', is in fact, an international CAUCASIAN court, for the persecution and humiliation of people of color. Especially Africans."

The Gambia ultimately decided to stay in the ICC. But just a few weeks ago, the African Union announced a mass withdrawal from the court, for the same reasons. The US and China, for example, aren’t even members of the court.

Ocampo says it’s not the future of the court he’s worried about. The court will survive — even if they don’t get President Bashir. But at least they are trying to get the truth out.

It's especially important for women, says Feltz. "I mean the domestic courts in Darfur are a joke. I think it's very hard for many women to gain any sort of justice at the local level if there aren't mechanisms in place for it. Which is where the ICC comes in."

Far away from Sudan, in the freezing grip of the US winter, Amal has been watching it all unfold. She recently got asylum status, but she says she wants to see justice in Sudan. And she asks herself what the value of an international court is if it can’t even get a leader arrested.

But she also says whether it’s the International Court, or God, someone will someday bring her justice.