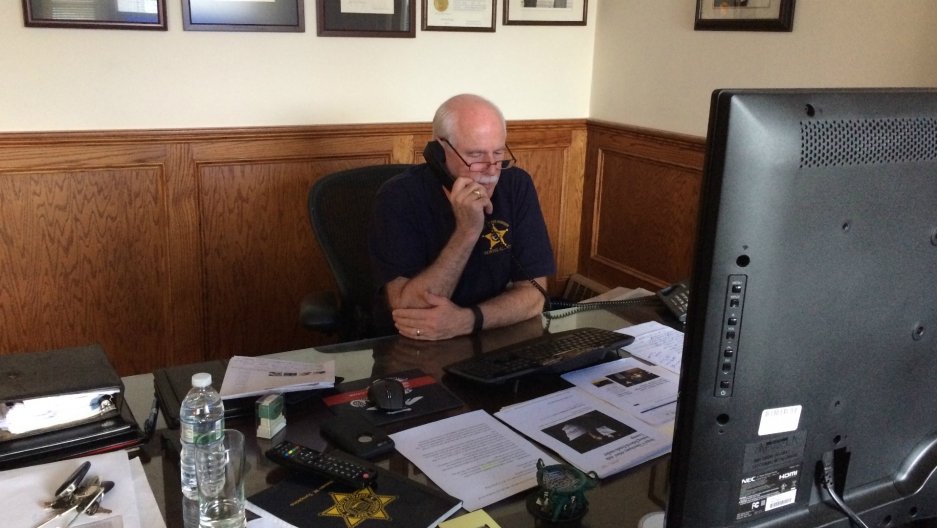 Thomas M. Hodgson has been the sheriff of Bristol County since 1997.

"My father immigrated from England, and he raised 13 children here," he says. "My father didn't walk around the streets hiding every time a police car came by, put his head down or what have you. My father came the right way. And it’s important to do it the right way."

That's why Hodgson, who has white hair, a mustache, and a little bit of a cowboy swagger, emphatically supports President Donald Trump’s crackdown on illegal immigration.

"There’s nothing wrong with any country insisting that their laws be followed," he explains.

The first time I met Hodgson was several weeks ago, when there was a protest outside of his jail.

People were upset because he had offered to send his county inmates to help build the wall on the US-Mexico border. For free.

He’s billed the idea as a good works project his inmates could do, as part of this new initiative he’s starting, based on the Peace Corps.

“These inmates will be able to learn a trade,” Hodgson told me, and “[and] accomplish something that is really good for America.”

It’s unclear if this plan, which has generated a lot of controversy, will go through.

But either way, the Trump administration is empowering Hodgson to crack down on illegal immigration with a new vigor.

Starting this spring, about a dozen of his corrections officers will get deputized to work as immigration enforcers.

They will be trained on how to interview everyone who gets booked into the county jail about their immigration status and to report that information to Immigrations and Customs Enforcement, or ICE.

Immigrant rights activists say that this program, known as the 287(g), often leads to racial profiling and breaks down trust between police and communities.

It was scaled back during the Obama administration.

But in the immigration guidelines issued earlier this week, the Trump administration calls it a “a highly successful force multiplier” and vows to expand it “to the greatest extent practicable.” 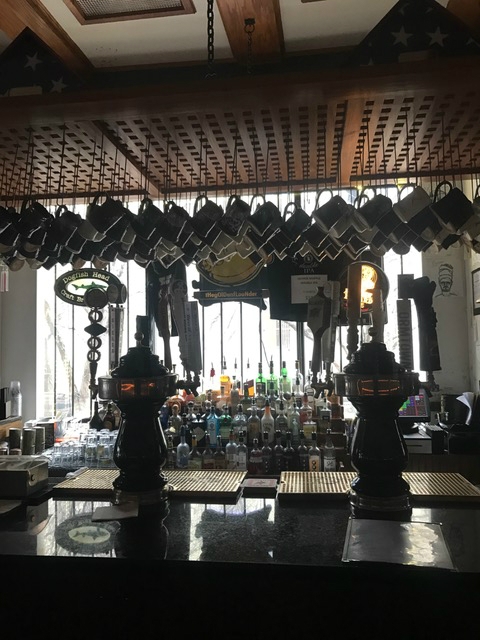 If you drink 100 beers they give you your own mug at Pour Farm Tavern.

It’s surprising that the sheriff of Bristol County would be such a huge Trump supporter. This is a relatively blue county in a deeply blue state. But people here seem to like Hodgson. He was recently re-elected to his fourth six-year term.

At Pour Farm Tavern, a dimly lit bar with endless varieties of craft beer, Sheriff Hodgson has the reputation of being tough and a little bombastic, but effective.

“Hasn't he been the sheriff for a while now?” asks Elizabeth Oliver, the bartender. “He must be doing a good job then.”

“I don't think it's the worst thing,” she chimes in. “If you're illegal, don't break the law, you won't get arrested, and then you won't get turned in.”

Under Trump’s guidelines, unauthorized immigrants who have committed even minor offenses are prioritized for deportation.

There are four immigration detention facilities in Massachusetts, one of them in Bristol County. The people here are not serving sentences. They're in detention, waiting for court dates or deportations. 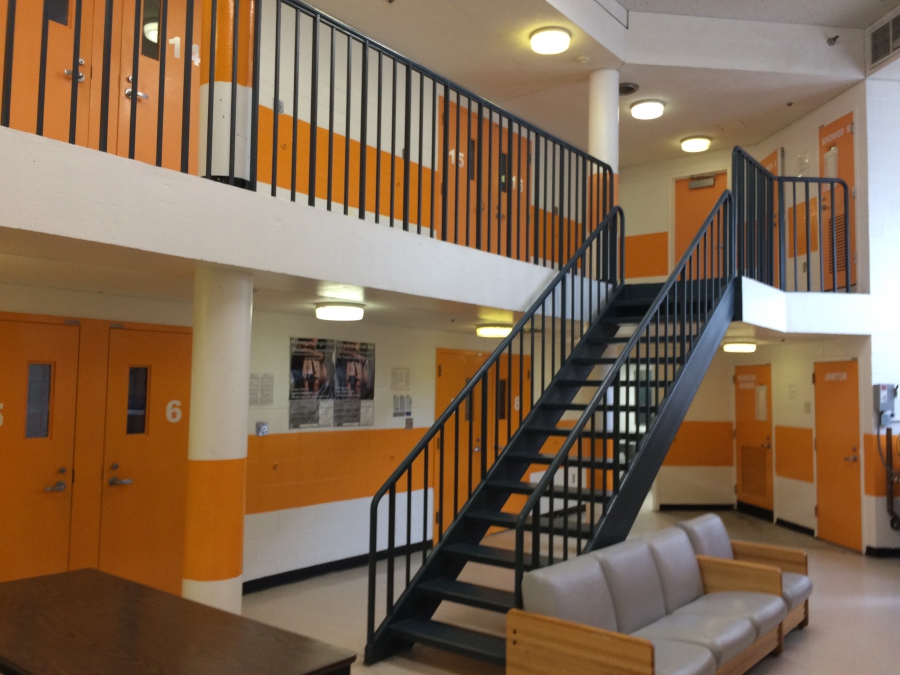 The Immigration and Customs Enforcement detention room for women in Bristol County, Massachusetts.

Kathryn Correia, a corrections officer who looks to be in her mid-20s, oversees a cellblock of 16 female detainees.

They are not allowed to talk to reporters.

One woman asks Correia if she can take a shower. Correia tells her to go ahead. Another lies on the bottom bunk, reading a crime novel about life on the streets of Harlem.

Some have been here for almost two years.

Correia says she doesn’t really hear the women talk about politics a lot. Instead, they talk about their lives, discussing the kids they have waiting for them at home, and whether they will be able to go back to them or if they will have to leave the country.

“When people make bad decisions they separate themselves from their families,” he says. “It’s not the system that’s a problem. It's the fact that the people made the decision to begin with.”

At a time when many in this country are feeling anxious about the future, Hodgson seems to be looking forward to it.

This is his time.

Hear more from our conversations with Hodgson here: