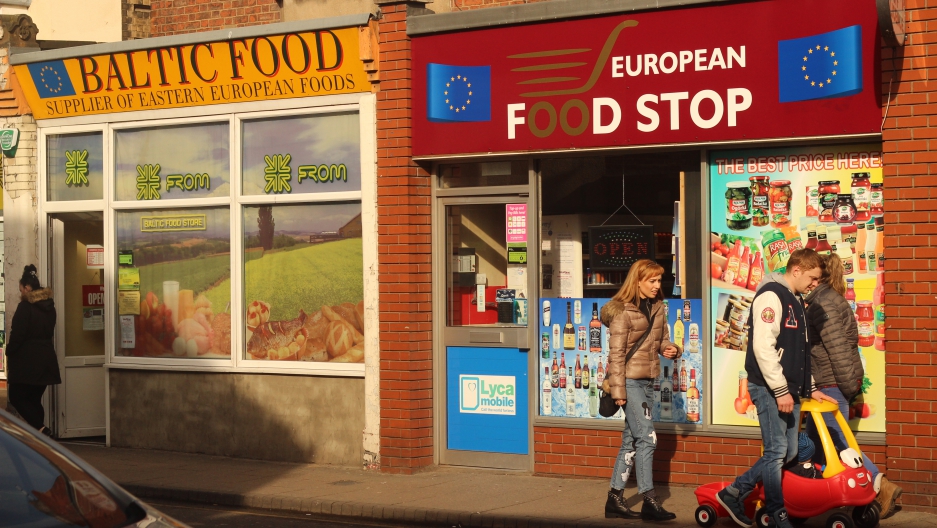 In 2016, the British people made a momentous decision about their future. The country voted for Brexit — to leave the European Union.

Much of the debate before that vote focused on the issue of immigration, and the effect immigration is having on British life. In some parts of the UK that divide has grown more stark in recent years.

The small market town of Boston, in Lincolnshire, can claim to be epicenter of the Brexit movement. It recorded the highest rate of pro-Brexit voting anywhere in the country: 76 percent in favor of leaving the European Union compared with the national average of 52 percent.

In Boston, immigration has driven that support for Brexit. Over the last decade, the town has experienced an unprecedented influx of Eastern European workers, attracted by relatively generous wages for farm work, compared with Eastern Europe. In 2001, Boston’s population was 98 percent British-born. Today, more than one in ten residents are from other European Union countries. The proportion is much higher among the working-age population. Most of the incomers are from relatively new members of the European Union: Poland, Lithuania and Latvia.

The effect has been to reinvigorate the town’s economy, and to make it a far more economically active place than before. But hourly wages for low skilled work have fallen because of the easy availability of workers: one study found that they were 30 percent lower in Boston than the national average. At the same time, rents have risen, as the demand for accommodation outstrips supply.

Walking through the town, the effects of these changes are easily seen. One of the town’s main streets now caters mainly to Eastern European shoppers, with convenience stores offering Polish groceries, Polish newspapers and Polish novels. Local schools employ extra staff to assist the large numbers of children whose first language is not English.

For many British-born residents these changes have been worrying. Viven Edge is an elected councillor from UKIP, the pro-Brexit UK Independence Party. She has lived in Boston for decades, and says she is not hostile to foreign visitors, but still feels troubled. “Sometimes you can go around Boston and you will begin to wonder if you are in England,” she says. “All these different nationalities and different types. It’s almost as if they outnumber us, but they don’t outnumber us really. It’s as if you are being a little oppressed.”

The town’s newcomers have also felt under pressure. According to Barbara Drozdowicz, CEO of the Eastern European Resource Centre in London, Boston has a reputation as a place where immigrants are segregated from the rest of the population, and is not the most welcoming place for outsiders.

Whether Brexit will change this is also unknown. The British government has yet to negotiate a new relationship with Europe — and the future of towns like Boston will depend on how that new connection develops.