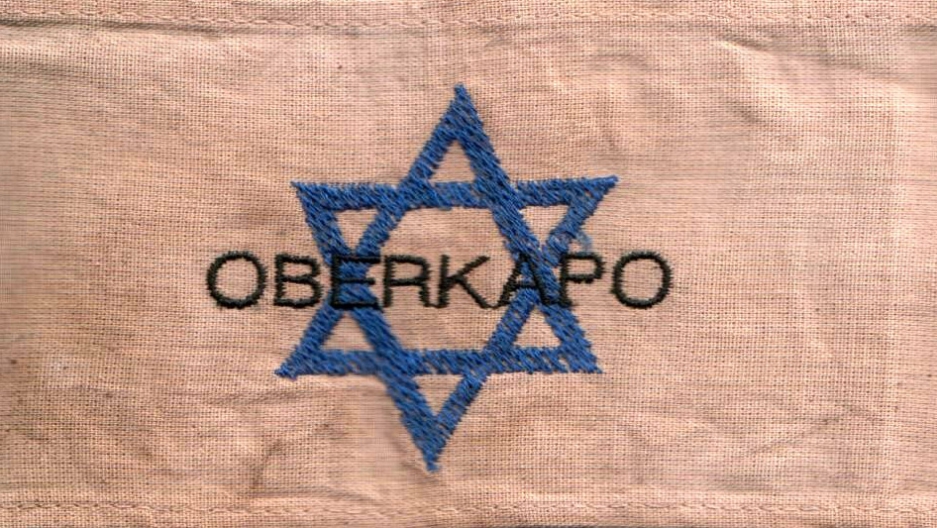 The armband of a "chief kapo," or oberkapo, in a Nazi concentration camp, is shown here.

Donald Trump's pick for ambassador to Israel began his confirmation process in the Senate on Thursday. And the first thing David Friedman did was express regret for what he called his "inflammatory" language during the election campaign.

He didn't specify what that language was, but it probably included the word “kapo,” a German word with connotations that are highly insulting to Jews.

He wrote that "they are just smug advocates of Israel's destruction, delivered from the comfort of their secure American sofas." J Street opposes settlement activity in the West Bank.

In the Nazi era, kapos were captives who worked in administrative roles and also in controlling their fellow prisoners.

“It refers to prisoners of the Nazi concentration camps, who worked on behalf of the Nazis,” explains Steven Cohen, professor of Jewish social policy at Hebrew Union College in New York City.

Some of the kapos were Jewish, and Cohen says “they are seen as the most despicable example of treachery and disloyalty to the Jewish people.”

However, Cohen qualifies the description. He says some people see the kapos with some sympathy, “because they too were prisoners and many of them were slain” eventually.

Cohen says he believes most Jews would say Friedman had stepped over a line by using the k-word.

“In addition,” Cohen says, “he has dipped into Holocaust-related language. And there’s another principle in Jewish life and Jewish rhetoric that you don’t play games, and you don’t appropriate the Holocaust for profane purposes.”

“The Holocaust is seen as a very holy and sacred terrain,” adds Cohen.

Friedman has been Trump’s lawyer for a long time. He’s Jewish, but Cohen says that doesn’t mean he will get much support from American Jews, or even just indifference.

“I think we will see outright condemnation and opposition,” he says. “David Friedman would be persona non grata in most Jewish audiences, and every pronouncement he would make would be seen as suspect, if not actually offensive.”

Polls by the Pew Research Center and J Street show that Jews voted for Clinton over Trump by a ratio of at least 2.5 to one.