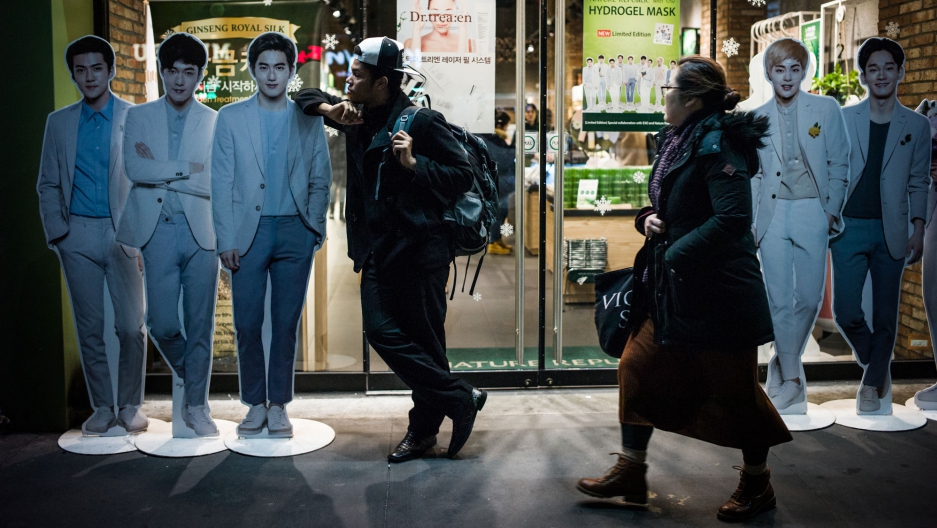 Born Star Training Center, which opened two years ago, is New York’s first K-Pop cram school. It’s actually a branch of a chain founded in South Korea back in 2008 by a "real" Korean pop star, Tae-Won Kim, a famous guitarist/producer in a band called Boohwal.

Sophie Choi, the director of Born Star, was a student at the cram school only a year ago. "Times passed, things happened, and now I'm here taking care of the kids," she says.

But unlike Choi, who is Korean American, a lot of these kids have never even set foot in Seoul. Choi says about half of her students are non-Korean. 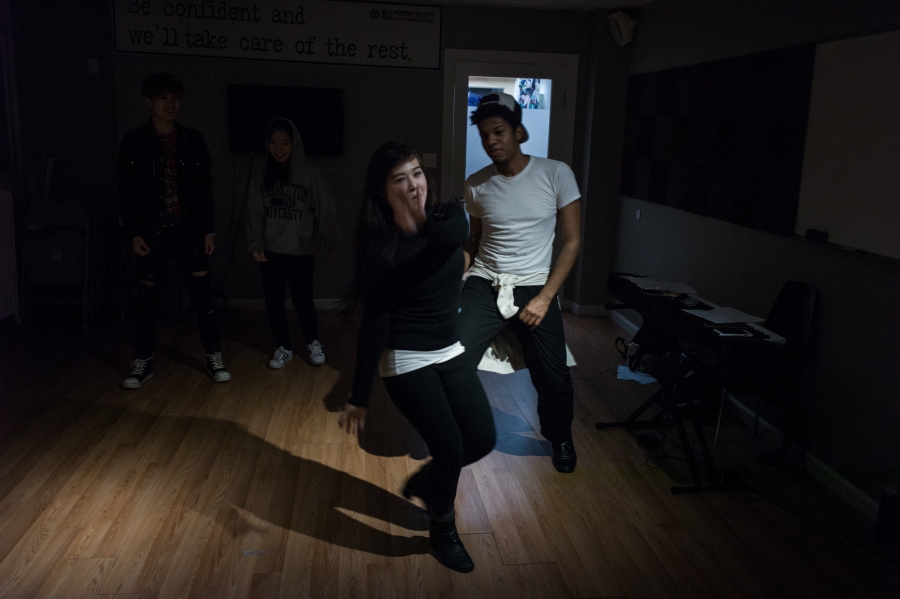 Take Limanol Adams who fell in love with K-Pop watching K-dramas as a kid in the Dominican Republic.

"I loved completely how they combined the music, the singing, the dance, the fashion stuff, things that I do love," Adams says.

He moved to New York about a year ago and got a job at Caffebene, a Korean coffee chain in New York. That’s where he saw a flyer for Born Star. 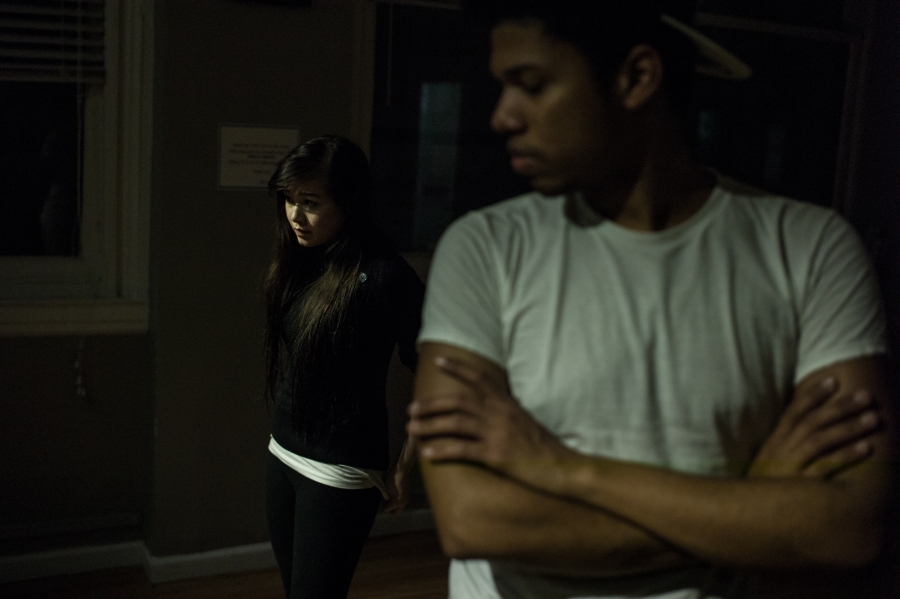 "Everyone here wants to be a musician, loves singing, loves dancing, loves K-Pop, loves music in general," Adams says. "So we don't see our difference, we see the things we have in common."

It really is like the United Nations of K-Pop — Born Star has even put together its own international K-Pop girl group, BSG.

Julie Yang, a 16-year-old member of BSG, is from from Tiawan. "I'm representing Chinese. Then there's Priscilla representing Hispanic, Sophie representing Korean, Gigi is Italian and Nico, the group's leader, is African American."

Yang says the group practices every day. And they are are all learning Korean too.

"It's actually my hardest challenge because my Korean sucks," Yang says. 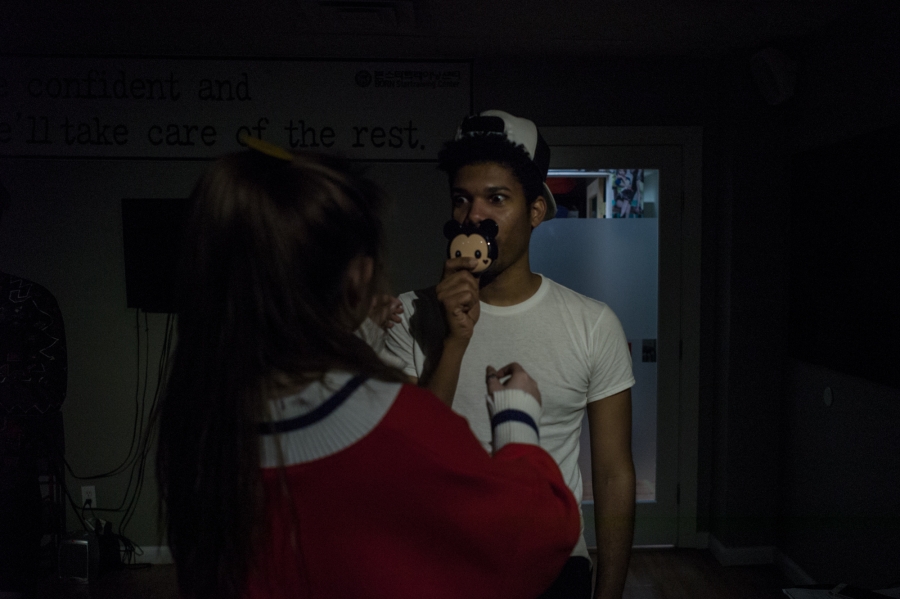 Korean language class is part of the training offered at Born Star — one aspect of the “total package” approach to K-Pop that persuaded another BSG member, 20-year-old Pricilla Gomez, to move here from Phoenix.

"I've always wanted to be a singer ... but then as soon as I was ... learning how the industry in Korea ran, the training system and how tough it was ... I wanted to be part of that," she says.

But the Korean talent agency system that schools like this support — by organizing auditions for student and serving as a pipeline for new recruits  — has been the target of harsh criticism. Aspiring entertainers — some as young as 7 — are expected to train for hours each day, sign 10-year contracts and give up most of their personal freedom.

The pressure to look music-video worthy has also led one popular plastic surgery procedure to be nicknamed “the K-Pop combo.” So what does Gomez think of all this? 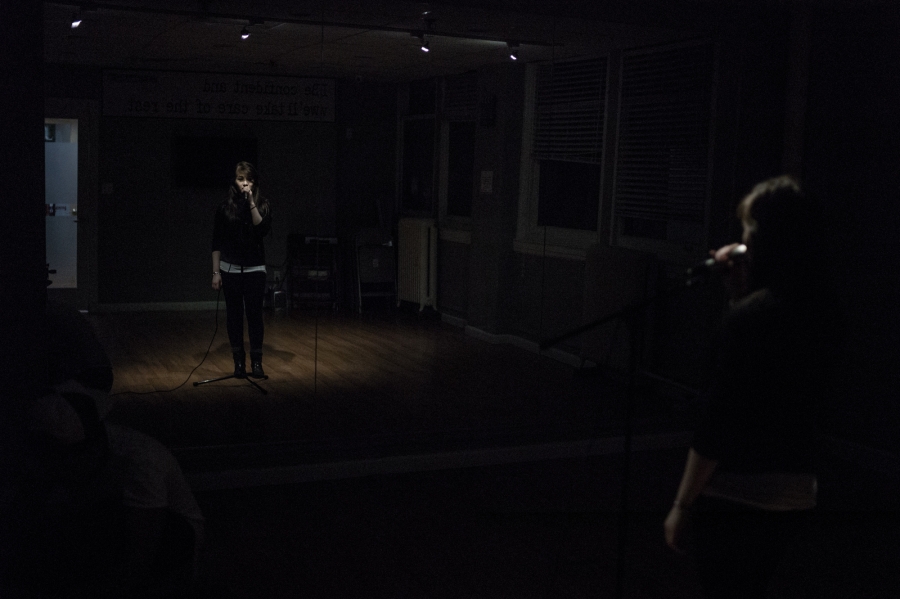 Priscillia Gomez, 20, moved from Phoenix to New York to pursue her dream of becoming a K-Pop star.

"I think before you criticize it you should try to understand it and try to live it," she says. "I'm here til sometimes 11, 12 o'clock at night still practicing. ... The result is ... you can sing, you can dance, you can act, and you have all this skill that people can look up to. I don't want to say it's perfect, because no one's perfect, but it's almost near perfect for me."

It’s funny because when I thought about it, I realized Americans don’t really like perfect pop stars. Our stars aren’t “developed” — they’re “discovered" (boy bands notwithstanding).

But, in Korea, the number of years a pop idol spent training is a point of pride — the more the better. And the training system itself is a reflection of a deep-rooted national belief in the power of education. That anything can be learned, even how to be a Korean pop star, when you’re not Korean.

In other words, don’t let the name Born Star fool you.