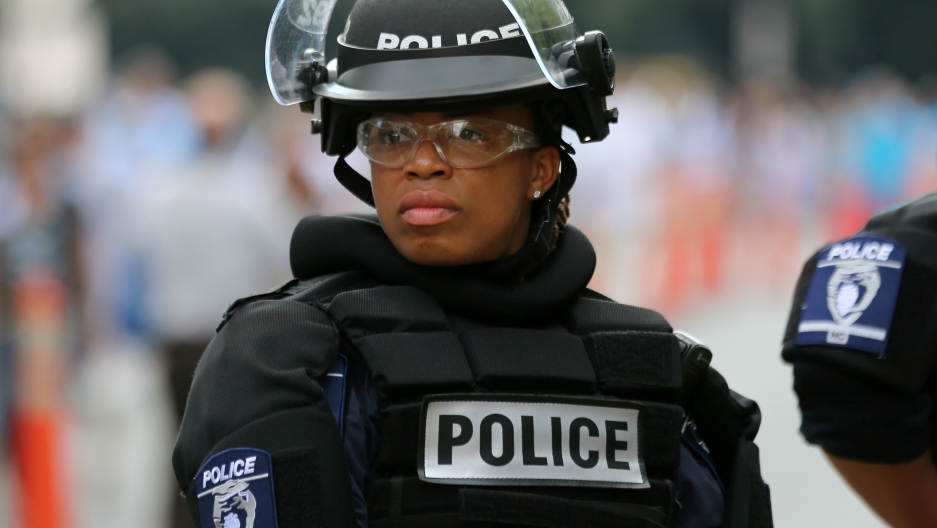 A female police officer wears riot gear as she stands in position outside a football game in Charlotte, North Carolina, on Sept. 25, 2016.

Mr. President, how will you continue to increase the presence of women in national security efforts?

We know that when women are included in policing, given a seat at peace negotiations, and allowed to make and influence policy, the world is a safer place. Will the Trump administration take these facts into account when planning and enacting its national security efforts?

As we have reported before, research shows that rates of violence against women, sexual assault, police violence, rape and homicide all fall when female officers are on the force. But women have made up only 13 percent of US police officers — a number that hasn't budged since the early 1990s.

We also know that when women are included in peace negotiations, agreements last longer. Yet, according to Inclusive Security, only 9 percent of negotiators and 4 percent of signatories at official peace talks are women.

Still, the Obama administration acknowledged the importance of having a balance of power and made incremental changes toward gender equality.

Yet, a new study by The Washington Post says that Trump's foreign policy leaders don't see the use in considering gender when making decisions.

Will Donald Trump and his team listen to the data?