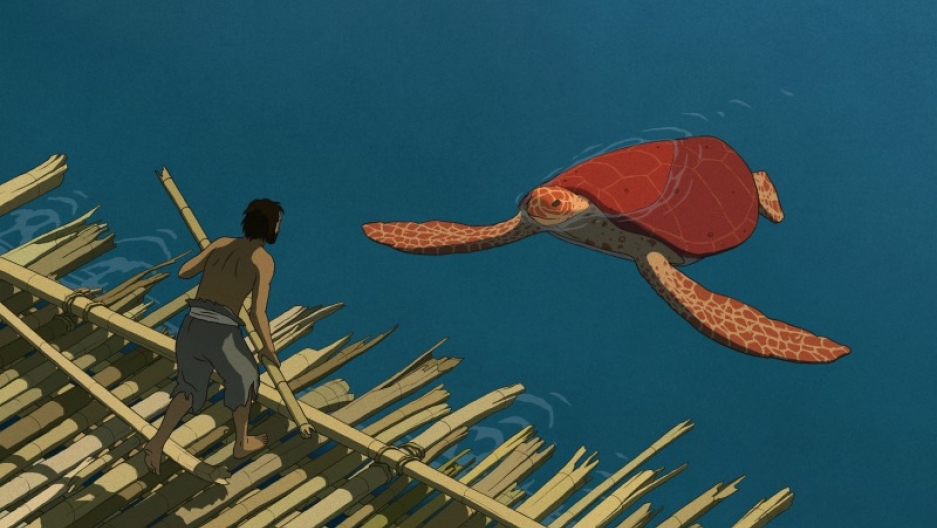 The Tokyo-based animation studio Studio Ghibli is best known for producing the films of Hayao Miyazaki --- gorgeous fantasias with child protagonists, magical creatures and Steampunk-type machines like in "Howl's Moving Castle," "Spirited Away," and "Princess Mononoke."

Their latest film, "The Red Turtle," features a magical animal, but otherwise it is a radical departure for the studio. The story is about a man who washes up on a desert island and how he survives with the help of (or maybe in spite of) a mysterious large red turtle. The film doesn't look like any of Studio Ghibli's other work because it was not directed by Miyazaki. It was directed by the Oscar-winning Dutch filmmaker Michael Dudok de Wit --- and he spent almost a decade making it.