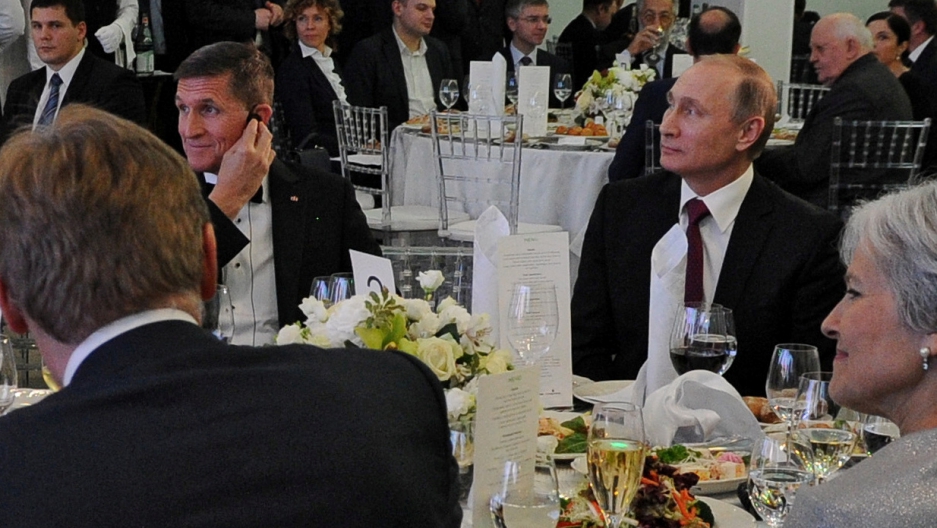 Mr. President, had the Flynn story not gone public, would you still have asked him to resign?

We're one quarter of the way through our #100Days100Qs project and, if there's been a theme to your question suggestions, it's this: Russia.

Over the past 25 days, we've watched President Donald Trump's national security adviser, Michael Flynn, be confirmed, come under fire and, ultimately, be forced to resign as more information came out.

But the sequence of events prompted Jay Davis to suggest a specific question — and it's one that seems to be on a lot of people's minds:

@realDonaldTrump had the Flynn story not gone public, would you still have asked him to resign? #100days100Qs

Here's what we know so far:

The Department of Justice told President Trump about Flynn's misleading statements soon after Trump took office. Trump referred the matter to his White House counsel who, according to spokesman Sean Spicer, quickly determined Flynn had broken no law. But, all the same, the administration never told Vice President Mike Pence, who vouched for Flynn on national TV, that he'd been misled.

That became known in early February, around the time The Washington Post published a story revealing Flynn's deceit. Ultimately, the White House said Flynn lost his job not because of his interactions with the public, but because he'd lost the faith of the administration.

So, Mr. President, the question is, if Flynn's deceit hadn't been published, would you still have asked for his resignation?