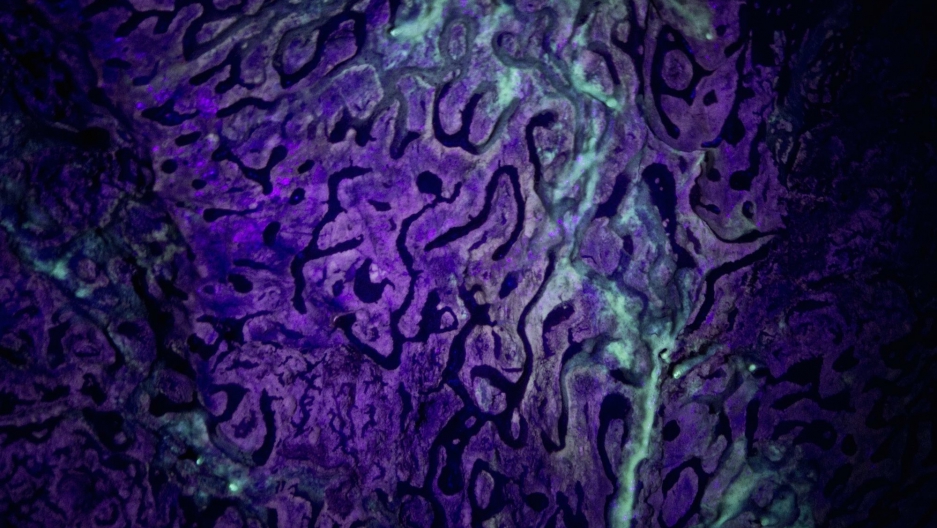 Almost one-third of a mile underground, in the dark, damp vaults of the vast Frasassi cave system in central Italy, curious patterns appear on the walls. Stretching for miles, the designs are slimy to the touch, similar to the consistency of wet clay.

“The most simple phrase I can think of [to describe them] would be alien soil,” says Jennifer Macalady, an associate professor of geosciences at Penn State University.

These mysterious formations are known as biovermiculations, a term that describes their worm-like shapes. They can be found not only in caves, but basically anywhere that’s dark, moist, and underground — mines, sewers, even your basement. They’re visually distinctive for the repetitive patterns they form: centimeter-wide lines that branch into labyrinthine configurations that sometimes resemble the folds of a human brain.

Biovermiculations are rich in organic matter containing diverse species of bacteria, fungi, invertebrates, and protists. “They’re little ecosystems, all to themselves,” says Macalady. And even when scraped away, biovermiculations will eventually regrow. 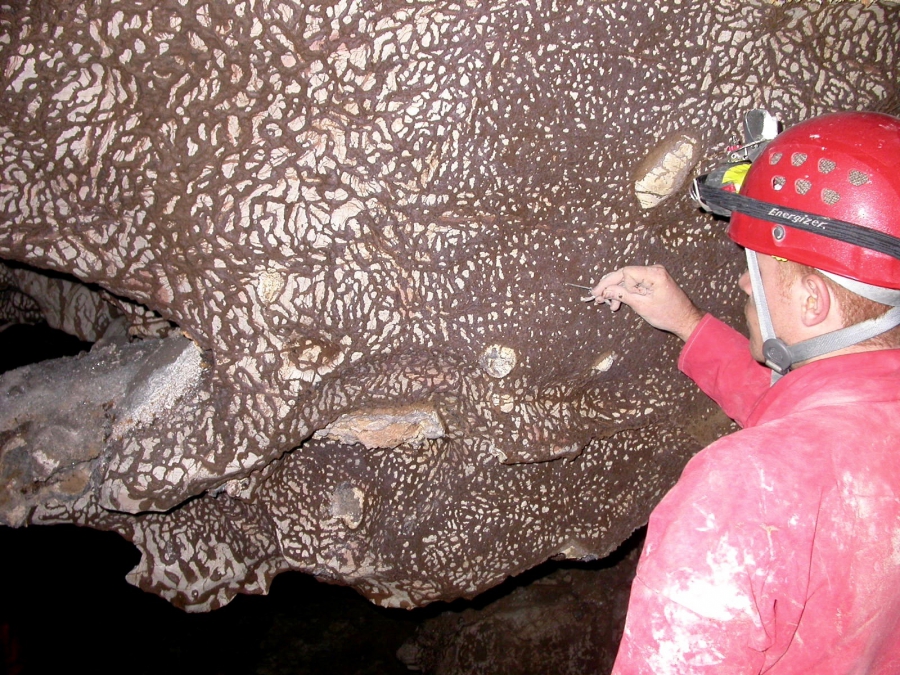 In an experiment they’ve been conducting for 10 years, Macalady and colleagues have been wiping away parts of the winding lines at different distances from a region in the cave where smelly, sulfidic groundwater mixes with oxygenated water percolating from the surface.

“What we find is that the closer we are to the water table, the faster the vermiculations grow back,” she says.

The microbes seem to be “eating” the hydrogen sulfide in the groundwater and “breathing” the oxygen from the percolating water. “They’re little bags of catalysts that harvest that chemical energy,” says Macalady.

Research into biovermiculations is important for many reasons, according to Macalady. For one, “we’re in an age of exploration in terms of microbial life that’s unprecedented,” she says. “Everywhere we look, we find new biological types that do new things — they transform molecules in ways that we didn’t expect, or they’re able to harvest energy in ways that we didn’t know. So just looking at a new place, especially a place that’s somewhat strange, dark, underground — that’s really exciting from a microbial diversity point of view.”

Studying the growth patterns and conditions for biovermiculations could also guide our search for life on other planets. “There’s a lot of environments — planetary environments — that are inhospitable to life at the surface. Mars is a great example,” Macalady says. “Mars is not habitable, to our knowledge, at the surface. But it might still, even now, be habitable in the subsurface.”

And the biovermiculations at Frasassi are a testament to the possibilities of complex life underground. 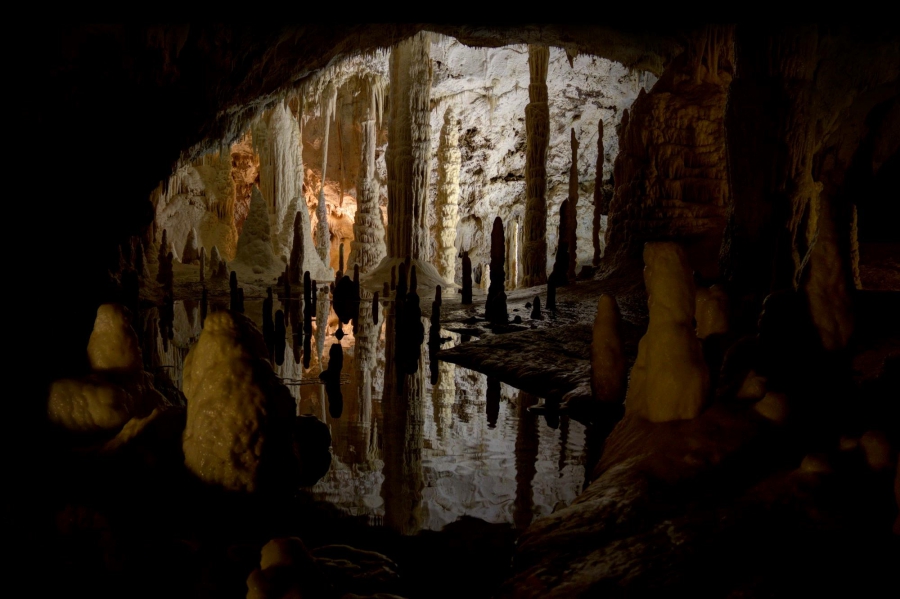 The Frasassi cave system in Italy.

As far as she knows, Macalady’s team is the only one currently studying these formations at Frasassi. They’re “still very underappreciated as a phenomenon,” she says. “They’re exciting because they show that even underground, if there’s chemical energy, they will come — the microbes will come and get it and live on it.”