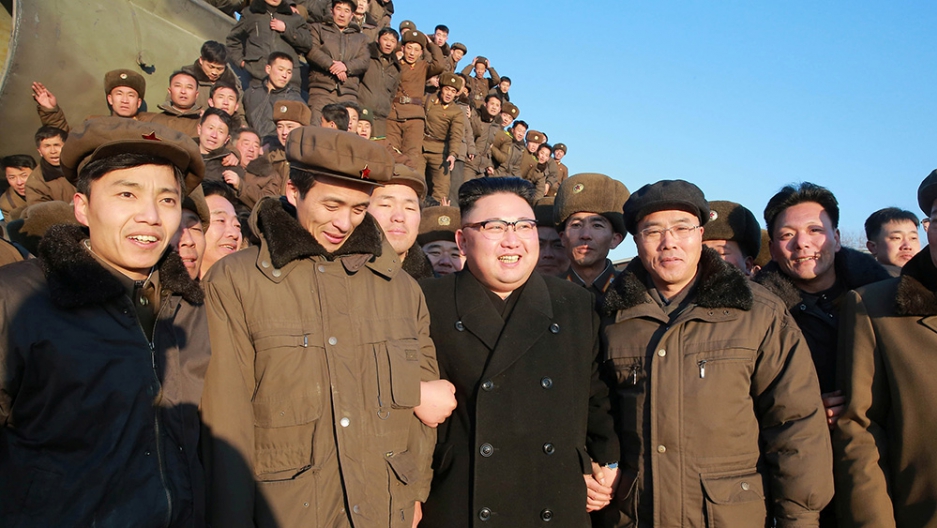 In the wake of Sunday’s ballistic missile launch by North Korea, President Donald Trump has called North Korea “a big, big problem” but offered no further comment or insight into his new administration’s policy toward North Korea.

But if the administration is looking for leverage, it should look no further than China, the destination of more than 90 percent of North Korean trade. China's trade with North Korea has grown more than tenfold over the past 15 years, while trade with other countries has dwindled to virtually nil.

And, in recent years, China has been supportive of measures to rein in North Korea. China joined Russia, Japan and the United Nations in condemning the most recent missile launch, which traveled about 300 miles before dropping into the sea.

China has also increasingly agreed with the international community in punishing North Korea for its nuclear ambitions. (Beijing summoned the North Korean ambassador after the 2013 nuclear test to voice disapproval.) But at the same time, China opened a container shipping route, a high-speed rail line and created a trade zone at the border in 2015, boosting bilateral trade.

And that's all led to increases in trade.

In 15 years, trade volume has climbed more than tenfold, rising from $488 million in 2000 to $5.4 billion in 2015. The dip in 2015 is due to the drop in prices of key trade items such as coal, coupled with an economic slowdown in China, according to the Korea Trade-Investment Promotion Agency (KOTRA), a South Korean state agency.

At the same time, North Korea became more dependent on Chinese trade. In 2015, 91 percent of its trade was with its big neighbor, a huge jump from 57 percent in 2006.

According to KOTRA data, Japan and China were North Korea's major trade partners in 2000, each making up one-fourth of the total trade. Trade with Japan dwindled after the abduction issue in 2002 and trade with the West was further reduced after sanctions were imposed against North Korea following the nuclear crisis in October 2002, allowing China to fill the void.

(Note: North Korea does not publish official trade data. Three agencies, namely the UN, International Monetary Fund and KOTRA, a South Korean state agency, compiled their own data from official statistics of North Korea's trade partners and other sources such as private global trade information companies. Data from the three agencies have similarities and differences due to different sources and methodology. We used 2015 KOTRA data as it is commonly used by researchers to analyze North Korea's trade trend. KOTRA data, however, exclude North Korea's trade with South Korea as South Korea does not recognize North Korea as an independent state. According to North Korea expert and prominent economist Rüdiger Frank, this exclusion is reasonable as most economic exchange between North and South Korea was made through the Kaesong Industrial Complex which should not be considered as real trade. Read his explanation.)

Armed with such leverage, why does Beijing seem unable to restrain an increasingly aggressive North Korea?

"All the sanctions have to be targeted towards the leadership and those involved in special weapon programs only," O'Carroll says.

O'Carroll said Beijing's No. 1 priority is stability when it comes to North Korea.

“[Beijing] doesn’t want to increase pressure on the leadership of Pyongyang that could lead to unforeseen consequences that may impact neighboring regions of China," O'Carroll said.

For example, a collapse of the North Korean regime could lead to an influx of refugees into China.

While the Trump administration has said China can and should do more to solve the North Korean crisis, it is still very unclear what Trump's strategy is, O'Carroll said.

"If (Trump's) goal is to destabilize North Korea and impact the political situations, causing real instability for Kim Jong-un, I don't think China would really want to pursue that type of policy."

Even if Trump were to impose more sanctions, he would face another challenge.

"The problem is, and this is really important, the Trump administration is making a big deal out of the South China Sea issue, Taiwan, trade and tariffs," O'Carroll said. "So how can they really expect China to want to do too much when it comes to North Korea?"

Trump’s relationship with China has thawed in recent days after what he called a “very warm” conversation with Xi Jinping on Friday and he reaffirmed the US’s commitment to the “One China” policy.