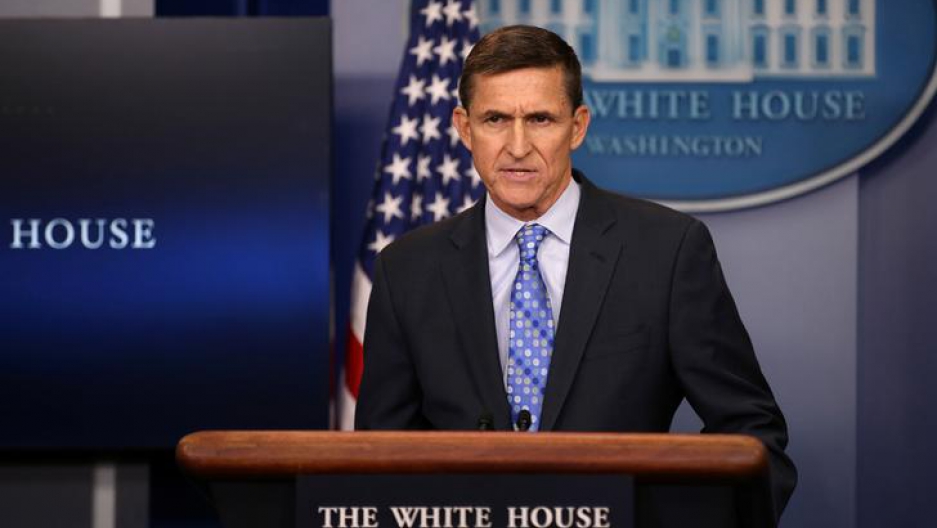 National Security Adviser Michael Flynn's brief tenure in the White House may be ending abruptly, but the story is nowhere near over.

Questions linger over Flynn's contact with Russia's ambassador to the US during the US presidential transition period; and Democratic senators want answers about Flynn's misrepresentations to Vice President Mike Pence regarding his telephone conversations (that were recorded) with the ambassador, which may have focused on US sanctions against Russia.

Washington's not the only world capital abuzz because of the ongoing Flynn story. Russian lawmaker Konstantin Kosachev, who leads the upper house of parliament's international affairs committee, speculated online that the resignation shows a White House that’s increasingly anti-Russian.

"Either Trump has not gained the requisite independence, and he is gradually being backed into a corner, or Russophobia has already infected the new administration also from top to bottom."

As for the response from the Kremlin? “It has been very restrained. I believe they’re trying to play it down right now,” says Moscow-based journalist Natalia Antonova. She points out that the Kremlin has denied that Flynn discussed lifting sanctions with the Russian envoy, and today it only added that the resignation was an internal matter for the US to deal with.

Peskov: There have been no talks between #Russia and the #UnitedStates about the lifting of sanctions https://t.co/KWhjB3UMj1 pic.twitter.com/IUTlmXMTEL

Here’s why the Kremlin is mostly mum on the story, according to Antonova: “I think they're playing this down because Flynn really did discuss sanctions with the Russian ambassador, so it would definitely not be in their interest, in the Kremlin's interest in particular, to dwell on this issue, because then of course they are going to push their agenda, and they do want to work with a Trump White House on ending sanctions, and this would actually be a setback for them.”

Another reaction coming from Moscow, says Antonova, is based on the fact that Russian politics are typically much more informal than American politics. “Officials bend the rules all the time,” she says, “as long as they don't run afoul of Putin or their own immediate boss, they're OK. So to a lot of the laypeople in Russia, a simple conversation between Flynn and the Russian ambassador seems just fine. It's like, "But why wouldn't they discuss sanctions?"

Here's what's bothering me:
Flynn's lie about Russia didn't bring him down. Exposure of lie did. WH knew weeks ago & did nothing. Why?

But put yourself in Russian President Putin’s shoes? What is he thinking when he looks at the chaos in Washington over President Donald Trump’s now dismissed national security adviser?

On the surface at least, a chaotic White House is a big boon to Russia for several reasons. “Russians love sowing doubt in the American population … and obviously, the initial instinct is to be happy when things go wrong,” says Antonova, “but at the same time, if I was Putin, if I was sitting there in the Kremlin, I would be worried about a chaotic White House with its finger on the nuclear launch codes and everything else in a worst-case scenario.

“There are so many other areas in which an unpredictable White House is actually bad for Russia especially because Russia shares a border with China, and the relationship between the Trump White House and the Chinese is so murky and unpredictable right now, as well. If I was Putin, I might be happy on the outside, but sort of doubtful and possibly a little bit upset underneath.”