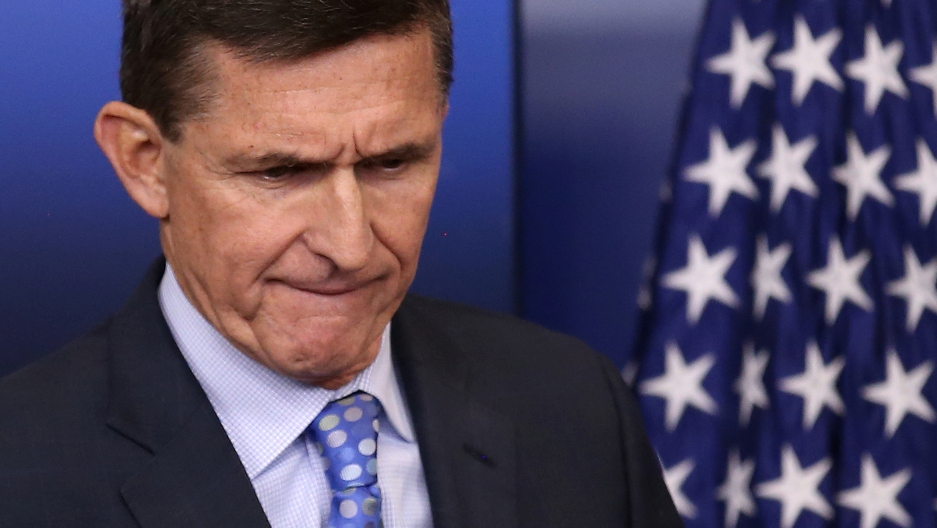 Flynn spoke with Russia's ambassador to the United States prior to Trump's inauguration, but denied reports that he discussed new sanctions imposed by the Obama administration over Russia's alleged interference in the US presidential election.

That wasn't true, according to several anonymous US intelligence and law enforcement officials who described to The Washington Post the content of the call, which was intercepted.

Some national security experts and former insiders now argue that the Flynn episode is further evidence of a tense and perhaps worsening divide between the Trump administration and the intelligence and defense communities.

But other experts, like Andrew Exum, are more cautious in their assesments.

“We’ve got to be really careful about that,” says Exum, who was an assistant deputy secretary of defense under President Barack Obama, and is now a contributing editor at The Atlantic.

Exum acknowledges there is anxiety in the intelligence and defense establishments, but he says a lot of that has to do with the absence of leadership appointments at the middle and lower levels. The administration has dispensed with the services of most people appointed by the Obama administration, leaving large management holes.

Exum says the leaks and in-fighting in the Trump administration are disconcerting, but he doubts the intelligence community was trying to strike a blow against the White House.

Wiretapping of foreign diplomats is routine, and legal, and Exum says of course any sensitive information would and should be promptly shared at the appropriate levels of government.

“Unfortunately for Mike Flynn I think this was a grave of his own digging,” Exum says.

Exum briefly worked with Flynn in Afghanistan in 2009, and says he respected him then. But he says Flynn later failed as a manager while heading the Defense Intelligence Agency, and developed a controversial worldview akin to that of the president’s special adviser, Steve Bannon.

This view sees the US and the West as being in an existential struggle with radical Islam, “or perhaps Islam itself,” says Exum. Some add China to the list of opponents seen by the Bannon school.

“But with [Flynn's] removal, it becomes really interesting who they replace him with,” says Exum. The people currently under consideration, like former Vice Admiral Robert Harward or retired General David Petraeus, do not subscribe to the Bannon worldview, according to Exum. If one of them gets named, he says, “then it could be chalked up as a real win for the 'moderate' foreign policy community.”

All this confusion is bad for the national security of the United States.

On Tuesday, it was reported that Russia has deployed a new weapon: an intermediate-range missile of the kind banned under a 1987 treaty. There has also been an escalation in fighting in eastern Ukraine. The US response to challenges like these could be hampered by the confusion at the top of America’s national security team.

“I am somewhat heartened by the fact that we’ve got some adults in the room, in terms of [Secretary of State Rex] Tillerson and [Secretary of Defense James] Mattis,” says Exum. “I think that will be reassuring for the allies. What I’m not confident of is that decisions and statements will be teed up for the president and will be adjudicated between the departments and agencies in a way that will allow the United States to have a thoughtful, considered response to what seems to be a Russian provocation.”

Flynn's resignation comes just 24 days after he was confirmed in office, making his tenure the shortest in US history. The previous record was held by Richard Allen, who held the post for 348 days under Ronald Reagan.