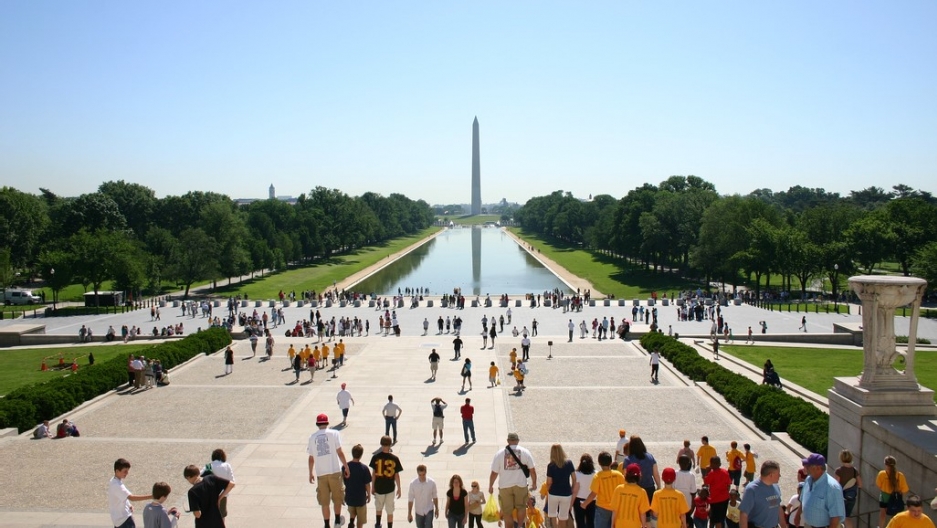 This is a view of the National Mall in Washington, DC, where, on April 22, the “March for Science” will end with a teach-in.

April 22 holds special significance for environmentalists: It’s Earth Day. And this year, there’s another reason to save the date. Scientists and science lovers will take to the streets of Washington, DC, and other cities worldwide in a “March for Science,” inspired by the Jan. 21 Women’s March.

A co-organizer of the March for Science, Caroline Weinberg, says one of the event's goals is to “encourage politicians and people watching to understand that people really do care about science and think that evidence-based policy should exist.”

Weinberg, a public health researcher and science writer, had the idea for a science march before realizing she wasn't alone. “One of the co-organizers with me, a guy named Jonathan Berman, was talking about it on Reddit,” she says, adding that he bought a URL and secured social media handles for an event called the "Scientists’ March on Washington." “And it was just kind of sitting. He had, like, 10 Twitter followers.”

“So I went on Twitter, and then I eventually got connected to him,” she explains. From there, the march concept exploded. “Our thread got retweeted a bunch of times, and in like 10 hours, there were 30,000 Twitter followers,” she says. Soon afterward, they changed the name of the event from Scientists' March on Washington to the March for Science.

The name change isn’t just semantics. “Because [the march] isn't just about scientists,” Weinberg says. “It's about science enthusiasts and anyone who believes that science … needs to be celebrated and championed.”

As with any mass event, Weinberg says it’s hard to know for sure how many people will show up. But from the looks of the event’s social media pages, there are quite a few “science enthusiasts” who are thinking about it. The Twitter account @ScienceMarchDC, created on Jan. 23, now has over 300,000 followers.

“What's really encouraging is that DC is now a small part of a global movement,” Weinberg says. “There are people who are going to be joining us from literally all over the world. I just got an email from someone who wants to have a march in Panama. And you know, they're happening in Norway, in Australia and obviously throughout the US.”

While Weinberg says one goal is to advocate for the inclusion of science in government platforms, there’s an even bigger focus: education. “We think that … helping people get invested in the research that's happening will help them to care about the government funding science and listening to scientific research.”

In Washington, the march will end with a rally on the National Mall, hosted in partnership with the Earth Day Network. “They had this really cool idea to have it basically be a teach-in,” Weinberg says, adding that there will be a stage with speakers and rows of tents along the Mall.

And while Weinberg says a lot of blame gets placed on Republicans for being anti-science, she’s adamant that the March for Science is a nonpartisan event.

“Because science is nonpartisan,” she says. “I mean, science is about getting to the truth. It doesn't matter which side of the aisle someone is on, or what they're focused on … The truth is, is that there are a lot of Democrats who are anti-science, too. And by focusing on one party, you're letting the other one off the hook.”

“All that matters is that the person believes in science. It doesn't matter which side of the aisle they come from,” she says.