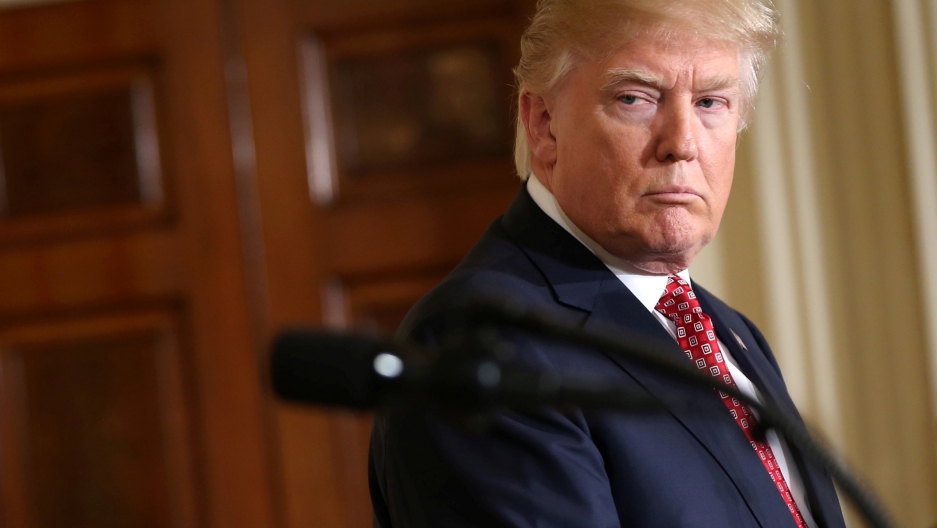 US President Donald Trump looks at Japanese Prime Minister Shinzo Abe during a joint news conference at the White House in Washington, February 10, 2017.

Trump said Friday he was confident his administration would prevail in the court battle over its controversial immigration order, while pledging to move quickly on additional national security measures.

"We'll be doing something very rapidly having to do with additional security for our country," he told a joint White House news conference with Japanese Prime Minister Shinzo Abe. "You'll be seeing that sometime next week."

"In addition we will continue to go through the court process, and I have no doubt we'll win that particular case," Trump said, a day after a federal appeals court maintained a freeze on his travel ban affecting nationals from seven Muslim-majority nations.

Trump reacted to Thursday's unanimous decision by the US court of appeals based in San Francisco in an early morning tweet that selectively quoted from a post on Lawfare, a blog on law and national security issues.

The blog post found it "remarkable" that the appellate panel "did not even bother to cite" a key US legal statute that authorizes the president to suspend entry to the United States of all or any class of aliens he deems detrimental to US interests.

After quoting the Lawfare passage in his tweet, Trump declared the appellate court's conclusion: "A disgraceful decision!"

Trump neglected to say, however, that the blog goes on to conclude that the appellate court reached the correct decision in upholding a lower court judge's suspension of the ban.

Lawfare said the decision was right "for the simple reason that there is no cause to plunge the country into turmoil again while the courts address the merits of these matters over the next few weeks."

"SEE YOU IN COURT, THE SECURITY OF OUR NATION IS AT STAKE!" Trump tweeted Thursday, minutes after the San Francisco appeals court handed down its ruling.