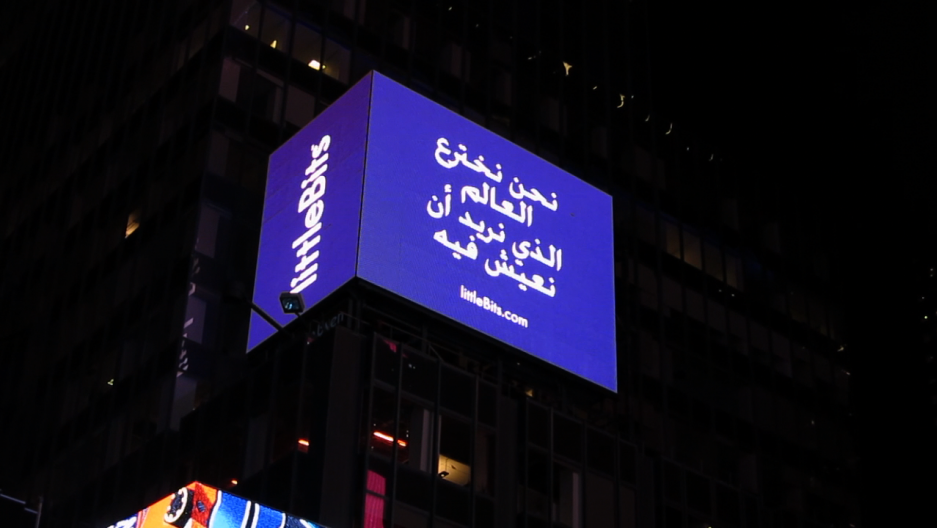 A consortium of tech companies have filed a brief in support of the ACLU lawsuit against President Donald Trump's immigrant and refugee ban.

All the big companies have joined — Google, Facebook, Apple and more than 100 others — as has a much smaller New York City tech company, Little Bits.

Ayah Bdeir, 33, is CEO and founder of the company, which makes electronic kits for kids. Bdeir decided a way to speak out against the ban was to put up a large billboard in Times Square. The billboard advertises her company's motto — "We invent the world we want to live in" — in Arabic as well as in English.

"We did it because we wanted to contribute in helping to associate the Arabic language with a positive message," says Bdeir. "This is an issue that we take to heart. It's something that we really believe in." 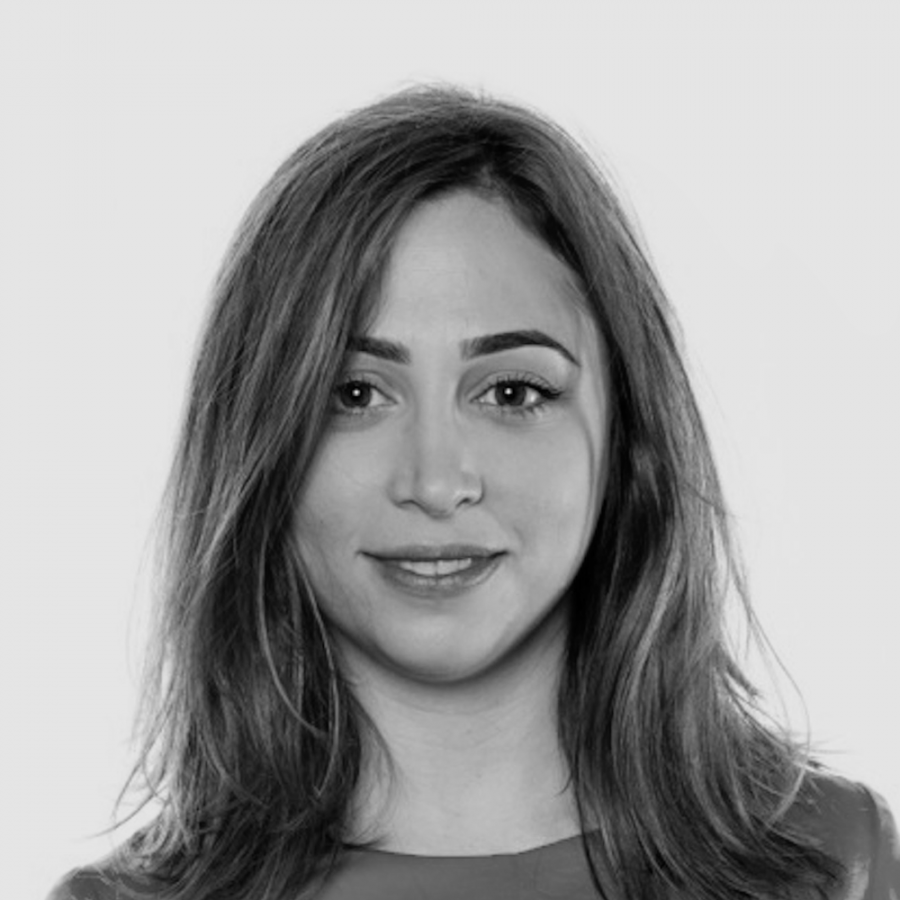 Bdeir's parents are from Syria, one of the countries targeted by Trump's ban. She was born in Canada and raised in Lebanon. She says even with the recent decision to suspend the ban, she is not traveling out of the US for the time being. She's nervous that any country could be added to the ban while she is away.

"It's a lot of ambiguity and wait and see," she says. "I can't afford to not be let back in because I run the company."

Bdeir says any travel ban will hurt high-tech companies and other important industries in the US.

"The ban causes a lot of concern when it comes to being able to employ and attract the best talent ... in the world," she says. "One of the most beautiful things about the United States is that it's a destination for some of the most ambitious people in the world that seek coming to America to better themselves and their families."