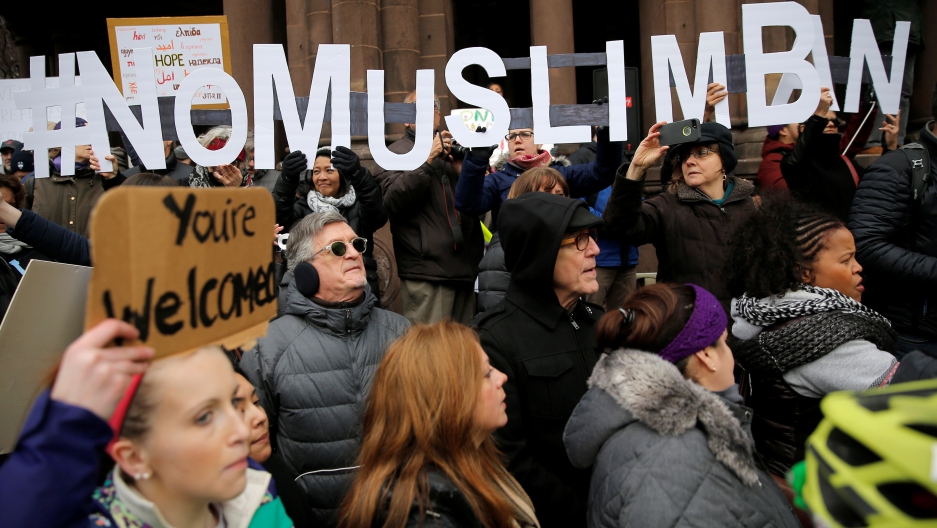 It was 1979 when Hossein Khorram, then 17, and his family escaped during Iran's Islamic Revolution to find refuge in the United States. The revolution was a sea change for the region. Shah Mohammad Reza Pahlavi, an American ally, was forced out and a militant Islamist government hostile to the US took over.

"We were basically refugees," says Khorram. "We had no country. ... But we knew [America] was the land of the free and the brave."

Around the same time, however, Iranian students stormed the US Embassy in Tehran and took more than 60 personnel hostage, prompting President Jimmy Carter to issue an order banning Iranians from entering the US unless it was a medical emergency or if the person disavowed the newly installed Islamist regime.

"We were heartbroken," says Khorram. "We were driven out of Iran, escaping from tyranny, and the land of freedom closed its doors on us."

And that's partly why he now supports President Donald Trump's ban on travel and immigration to the US by citizens of seven Muslim-majority countries.

The safety and security of Americans is first and foremost, says Khorram, who supported Trump as a Republican delegate from Washington. "I've seen what Islamic fundamentalism can do back home, and that's why I'm supporting the pause," he says.

The pause is what he calls Trump's executive order, though Trump himself has called it a ban. "It's not a ban," Khorram says. "It's really meant to get our security protocols in place. If someone doesn't respect the right of women, right of minorities, that person shouldn't be here. It's very simple. That's why we escaped from tyranny, that's why we came to the United States, to run away from that kind of thinking."

The 9th Circuit Court of Appeals in San Francisco has yet to rule on whether Trump's ban can proceed or will be suspended, after a US District Court judge last Friday temporarily halted the enforcement of the president's order.

Khorram doesn't consider the order to be discriminatory against Muslims, as many critics charge. "It's those Muslims who pose a threat to the United States. I think we have every right not to let in those who are going to kill us and our families."

He believes Muslim Americans have an obligation to police their own people. "Muslims have not done themselves a favor. We need to put them on notice. This is your dirty laundry, and you have to take care of it."