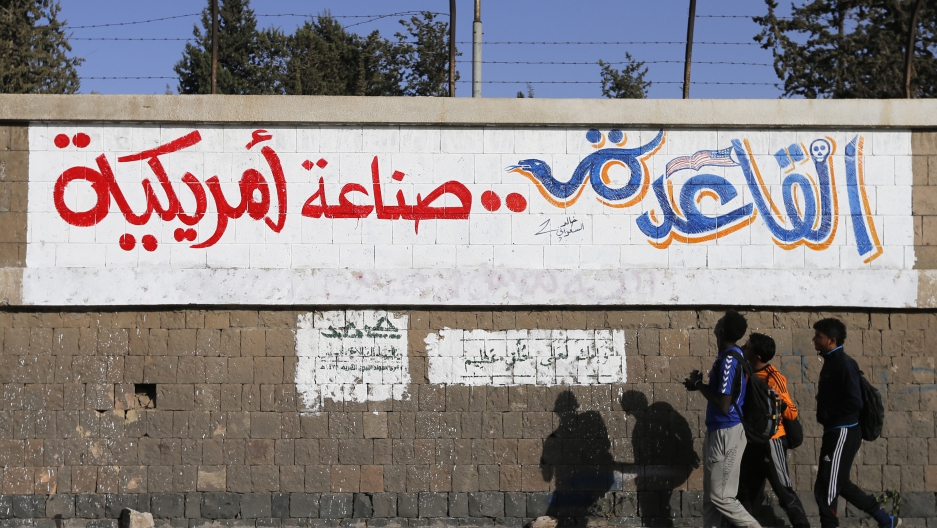 Yemenis are enraged over a Navy SEAL raid on an al-Qaeda camp — not out of any love for al-Qaeda, but for the civilians who died during the attack.

One victim in particular is mentioned by Yemenis. An 8-year-old girl, whose picture has been shared around Yemeni social media many times since the Jan. 29 assault.

Noor al-Awlaki is the daughter of the American cleric turned al-Qaeda propagandist, Anwar al-Awlaki. He was killed by an American drone in 2011. Noor's older brother was killed in a subsequent drone strike just two weeks later.

The fact that Noor was in the al-Qaeda camp has raised controversy, but mostly in the West.

@StephenProducer may she rest in peace, she's more a victim of her family than d US... Why was she w her terrorist uncles not w grandfather?

"For Americans it may be very easy to see this girl as the daughter of Anwar al-Awlaki," says Adam Baron, who lived and worked in Yemen as a journalist. "But for Yemenis this was an 8-year-old girl who was killed in a very brutal way and cut down before her adulthood. I would just say the optics of this are not very good."

The Navy SEAL mission was only the second ground operation in Yemen acknowledged by the United States in the past two years. It was planned under President Barack Obama, who left it for his successor to execute.

The team killed several members of al-Qaeda and captured what the Trump administration calls “important intelligence” from laptops. But other reports focus more on the downsides of the operation: The Navy SEAL who was killed, and two others who were wounded. Or the loss of a $75 million aircraft. Or the civilians who were also reportedly killed.

Shot in the neck? Not fatally injured: 'Shot in the neck'.
Looks more like an execution.
She was a child. Only 8 years old. #Yemen https://t.co/FSW9Otz6tm

US Central Command acknowledged an unspecified number of civilians were “likely killed” by aerial gunfire.

Adam Baron now works for the European Council on Foreign Relations, but he keeps in touch with his Yemeni friends and colleagues. He says that although the nation's 2-year-old civil war is forcing people across the country to side with one faction or another, their response to the US attack led to a moment of solidarity.

"This raid has managed to unite Yemenis in outrage against what happened," he says.

"Drone strikes in Yemen have always been deeply controversial," Baron notes. "This is not to say that Yemenis are very supportive of al-Qaeda, or that Yemenis are keen on allowing their country to be a place where such militants run free. But I think any country would be very apprehensive about a situation where another country's bombs are coming and then targeting its own citizens."

On Monday, the New York Times reported that Yemen's internationally recognized president, the exiled leader Abdrabbuh Mansour Hadi, had withdrawn permission for US antiterror ground missions. A day later, a senior Yemeni official clarified the government position to a Reuters reporter, saying, "We have not withdrawn our permission. ... However, we made clear our reservations about the last operation."

The rebuke to the US and the subsequent walking back may have been more theatrical than substantive. President Hadi has little influence in his own country. A northern Yemeni militant group, the Houthis, drove Hadi from power when they took over Yemen's capital city Sanaa in an unchallenged military takeover in late 2014. By the following March, the Houthis held most of the country's major cities.

Since March 26, 2015, President Hadi's government, with a coalition of Arab militaries led by Saudi Arabia, have been trying to dislodge the Houthis from the territory they seized. The civil war has killed more than 10,000 Yemenis, and driven millions from their homes.

"President Hadi ... is not someone who has a natural level of popularity in Yemen," says Baron, "particularly when you look at the internationally recognized Yemeni government's failure to really create security in the areas that have ostensibly been liberated from the Houthis. People are angry that there's no electricity, there's lack of access to free water, people don't get their salaries on time."

Western and Arab media often view Yemen as a battleground for Saudi and Iranian influence or a staging ground for al-Qaeda threats against the West. But, Baron says, Yemenis have more immediate concerns. "There's a great degree of insecurity. And when we look at Yemen's history, which is one where you've always had these situations of a weak central government, it really underlines the deeply precarious situation this country is in at the moment."