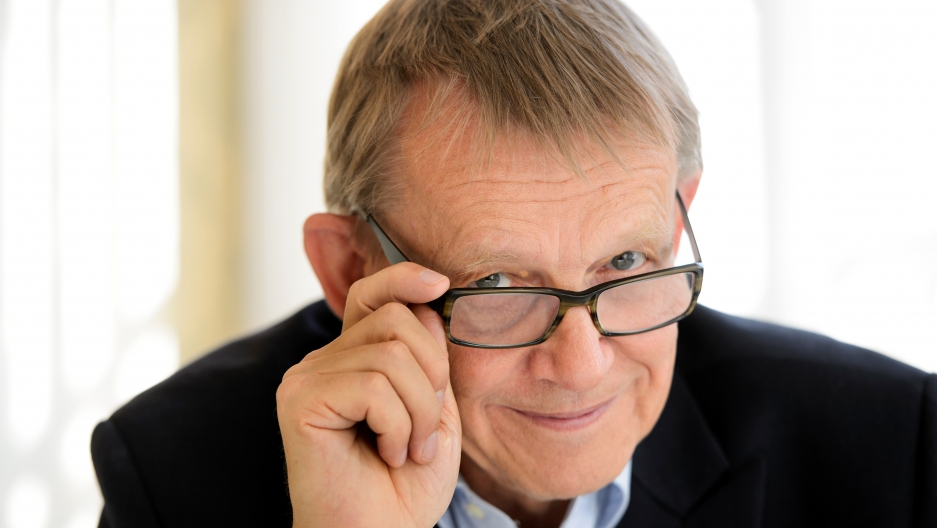 Data guru Hans Rosling made it his mission to promote what he called a "fact-based worldview."

The Swedish public health expert and statistician died on Tuesday at the age of 68 from pancreatic cancer.

Rosling was a professor of international health at Stockholm's Karolinska Institute, until he decided to "drop out" to devote his time to making science more fun and understandable. He did that by converting statistics into interactive and entertaining graphics, which he presented with the staccato patter of a sportscaster.

Rosling became famous with a 2006 TED talk on "The best stats you've ever seen."

The video has been viewed more than 11 million times online.

In the talk, Rosling says that with results from one test on knowledge of global health, he showed "Swedish top students know statistically significantly less about the world than the chimpanzees."

David Spiegelhalter, the president of Britain’s Royal Statistical Society, says Rosling turned statistics into performance art. "I remember a very moving occasion when he was speaking to us. [It was] a small audience. ... He had this health and wealth plot showing these dots moving along. And he was building excitement, doing his sports commentator stuff — waving his arms around, jumping in the air," Spiegelhalter says.

The audience reaction was overwhelming. "This was a STATS talk! There were gasps. Some sobs. It was the most moving presentation I ever saw in my whole entire life," he says.

Rosling will be sorely missed, Spiegelhalter adds. "It's a terrible loss. Because he was somebody who talked about factfullness, that we need facts in public debates. Especially at a time when this is being derided, perhaps, we need him more than ever."

Rosling founded an organization called Gapminder, which continues his work of helping people use data to challenge misconceptions about the world.

In this climate of fake news and alternative facts, it's work that seems more important than ever.