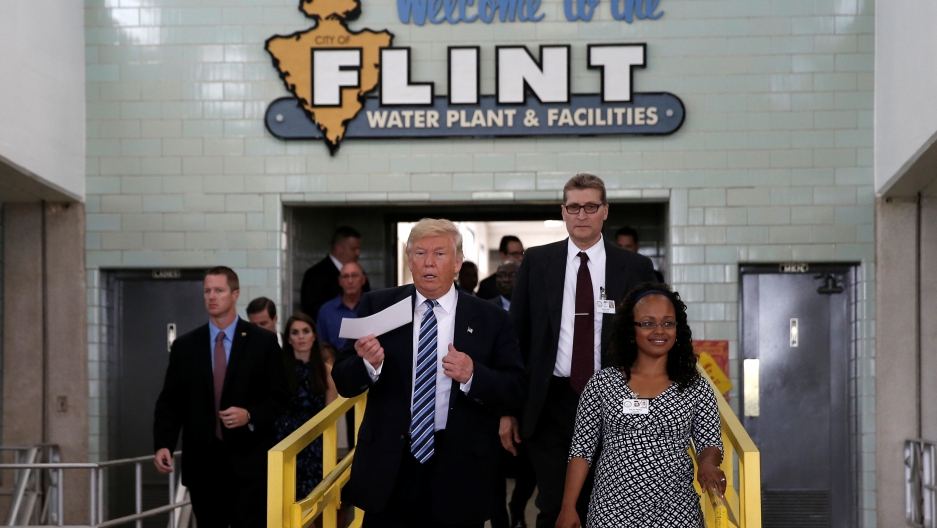 President Donald Trump's EPA nominee, Scott Pruitt, has a confrontational history with the agency he has been named to lead. So confrontational in fact that some experts wonder if he's as likely to dismantle the agency as he is to really try and lead it.

Of course, that presents big questions. The people of Flint, Michigan, for example are still dealing with the consequences of the environmental catastrophe that is their water system.

But to opponents of the EPA, the environmental regulator serves no purpose except to block development, add expense and hurt the American economy. The Trump administration has vowed, for example, to roll back Obama era regulations on power plant emissions in order to kickstart the coal industry. And one of the first things the Trump administration did was to remove Obama’s Climate Change page from the WhiteHouse.gov website.

Pruitt has promised to cut the EPA's taff from 15,000 people to 5,000. If there are fewer officials at the EPA, where does that leave residents who face the next Flint crisis.

So, Mr. President, we wonder won't dismantling or hobbling the EPA increase the risk of another environmental disaster on the order of what we saw in Flint? Click here to tweet the question to the president.