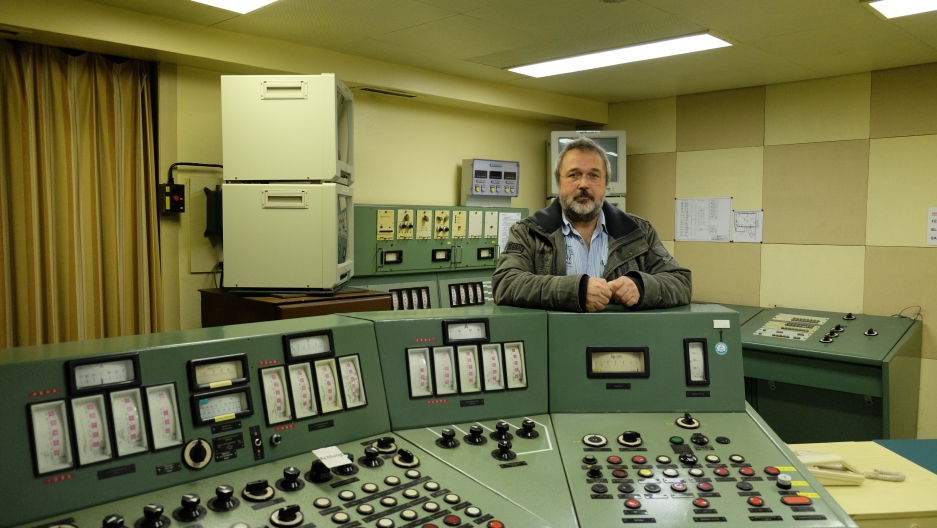 An hour north of Berlin, in the middle of a German nature reserve, a narrow smokestack rises into the air from a defunct nuclear power plant.

The Rheinsberg Nuclear Power Plant, which came online in 1966, was the first of its kind built in East Germany. Inside, there’s a mint-green room with huge control panels.

Jörg Möller, an engineer, recently showed me around. “Everyone’s jaw drops when they come in here,” he says. “It is very impressive.”

Fifty years ago, this room was cutting edge. But it’s started to look a little old-fashioned. “Today, you could probably manage all the complex processes in this control room with just a mouse and a screen,” Möller says.

We walk through a narrow corridor, and Möller pulls back an old, yellow curtain to reveal a pitch-black porthole. On the other side of almost 10 feet of glass, he tells me, is the radioactive site of the former reactor.

For Möller, this building is full of memories. He’s worked at the plant for almost 30 years — and before that, his father helped build it. “For dad, it was actually something very special,” he explained. “This technology was completely new. These were the early days of nuclear energy. My father traveled to the Soviet Union to study and get qualified.” 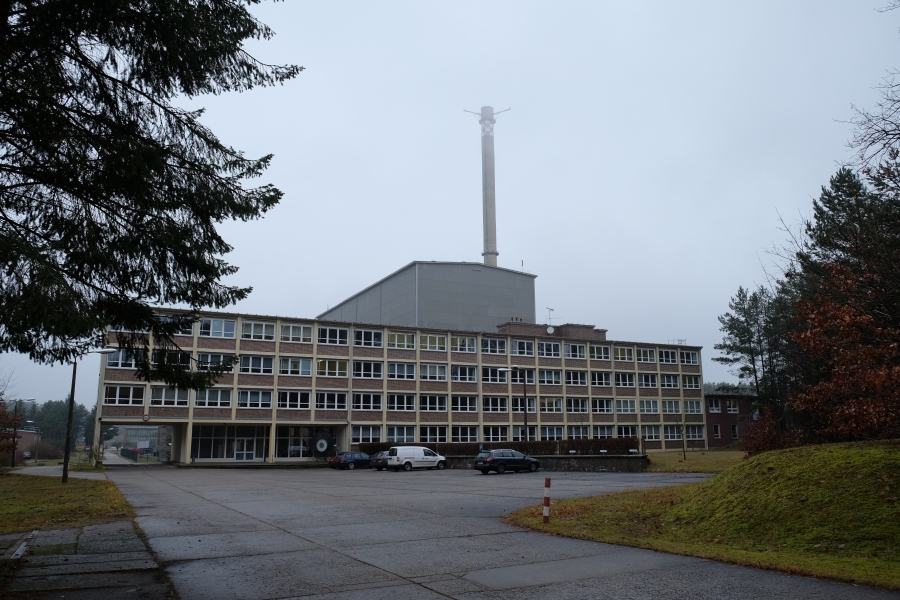 The Rheinsberg facility, which went online in 1966, was the first nuclear power plant in East Germany.

As a teenager, Möller only had a vague idea of what his father did. He was more interested in building machines than splitting atoms. But after studying in the city of Magdeburg, he got married, and he wanted to find a way to return to his hometown. The nuclear power plant was one of the town’s main employers. So, unexpectedly, Möller, his wife, and his father became co-workers.

In the 1980s, though, big changes came to Rheinsberg. After an explosion and nuclear meltdown at Chernobyl Nuclear Power Plant, in the Soviet Union, some Germans started to question the safety of their own plants. After the Berlin Wall fell, the Rheinsberg power plant reached the end of its lifespan and was retired.

Möller says the closure needed to happen — but it created big challenges. “There aren’t enough school kids, fewer children are being born. People move away. A catastrophe for any city.”

But for Möller, the work isn’t over yet. He has dedicated his professional life to dismantling the power plant that his father helped build. I ask him if he feels that his work has been at odds with his father’s.

“No, I don’t think so,” Möller says. “The retirement of the plant was according to plan. Its time had simply come.”

Ten years ago, engineers finally removed the Rheinsberg reactor. They wrapped the radioactive material in a protective sleeve, and they lowered the whole thing onto a huge train car. Today, it sits in a temporary storage facility in the city of Greifswald.

That’s the problem with nuclear waste. No one really knows what to do with it. “Every ton we’ve dismantled and stored is still a burden,” Möller says. He thinks nuclear energy might still have a future in Europe — if scientists find better solutions for the waste.

At the end of our tour, Möller takes me outside, where a sign reads “radioactive control area.” It looks like a messy construction site, with huge heaps of soil and a giant white sheet. Engineers here still have to play it safe. “We’re now taking apart the storage buildings,” he says. 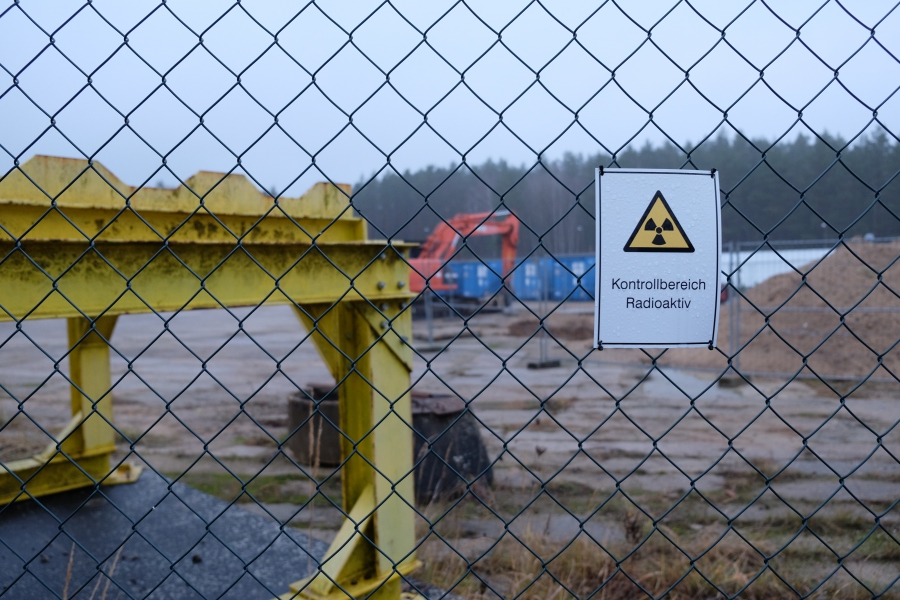 It only took two generations for nuclear energy to rise and fall in Germany. After the meltdown in Fukushima, Japan, Germany sped up its plans to close all its nuclear power plants. That’s supposed to happen in the next six years.

As Germany moves ahead with its nuclear phaseout, it could learn a useful lesson from Rheinsberg — that the legacy of nuclear energy will be felt for decades to come.

Möller knows this could be the end of the nuclear era in Germany, but he’s not sentimental about it. “Everything has its time,” he says. “Everything is transitory, just like this here.” 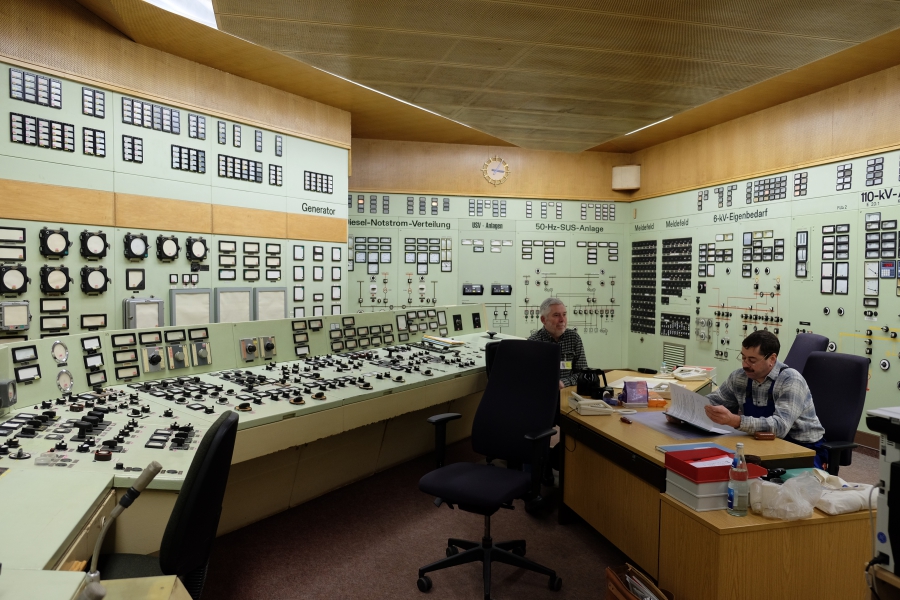 The control room of the Rheinsberg Nuclear Power Plant.