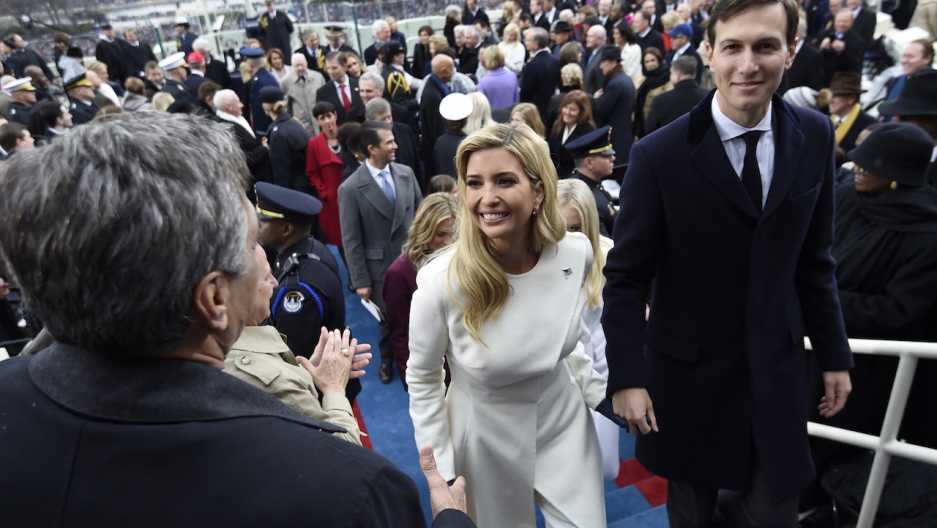 Ivanka Trump and husband Jared Kushner leave after the presidential inauguration at the US Capitol in Washington, DC, Jan. 20, 2017.

She converted to Judaism before marrying Jared Kushner, an Orthodox Jew, in 2009.

But in Israel, it’s not that simple: You’re only Jewish if the rabbinic authorities say you’re Jewish. Last year, they questioned the credentials of the rabbi who oversaw Ms. Trump’s conversion.

Then, a few weeks after her father Donald Trump won the US election, Israel’s chief rabbis made a proclamation: They were looking to change the guidelines on which Jewish conversions they recognize.

According to the proposed guidelines, they said in a statement, Ivanka Trump would be certified Jewish.

The chief rabbis said they weren’t changing the system in order to accommodate Trump’s daughter.

Critics say that’s exactly what they were doing.

“It would definitely be embarrassing to the State of Israel and for the rabbinate if the Jewish family like Ivanka Trump’s family was to visit Israel and for the official Jewish authorities in Israel to not recognize their Judaism,” said Elad Kaplan of ITIM, a group that represents Jewish converts in Israel.

For Ivanka Trump, the issue is mostly symbolic. She doesn’t live in Israel and wasn’t married in Israel.

But the whole story began with another woman: a 31-year-old American named Nicole Zeitler.

She was born to a Jewish dad and a non-Jewish mother. In Orthodox Jewish tradition, your mother must be Jewish in order to be considered Jewish, so Zeitler wanted to formally convert.

She sought out Rabbi Haskel Lookstein, an Orthodox rabbi on the Upper East Side of Manhattan, and told him she was anxious.

“He said, ‘Nicole, let me tell you a story. I converted Ivanka Trump,’” she recalled the rabbi telling her. "'Your father is Jewish. You maybe know maybe something about something. Ivanka started from zero, basically, when it came to knowledge about Judaism. If Ivanka can do it, you can do it.'"

Zeitler learned how to read Hebrew, answered questionnaires about Jewish topics, and met with Rabbi Lookstein twice a week. A year and a half later, the rabbi oversaw her conversion.

She was mailed a certificate. It ended with these words: “We wish you a mazel tov (congratulations) on your entrance to the Jewish people and we hope your life as a Jew will bring you great happiness and joy.” 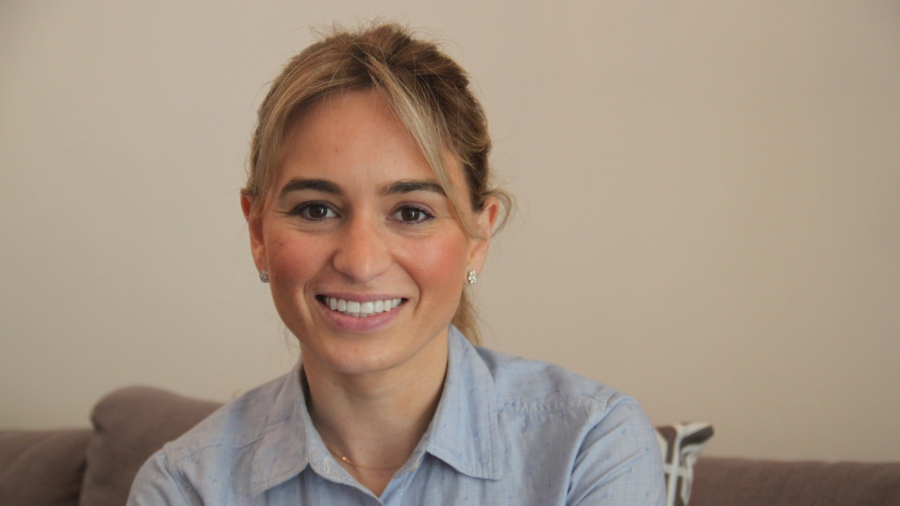 Nicole Zeitler officially converted to Judaism. But then Israel's rabbinic authorities questioned her conversion. It was overseen by the same rabbi who helped Ivanka Trump convert.

Zeitler moved to Israel, met a guy, got engaged and applied for a marriage license.

That’s when she hit a wall. In Israel, if you’re Jewish you have to be married by an Orthodox rabbi, and the Orthodox rabbinic authorities won’t grant a marriage license until they certify the couple is Jewish.

In Zeitler’s case, they said she wasn’t Jewish because they questioned the legitimacy of the rabbi who approved her conversion.

Rabbi Seth Farber of ITIM, the group that represented Zeitler at the religious court, said her American rabbi in Manhattan was considered too open-minded by Israel’s conservative religious authorities.

“Although he’s considered one of the most senior rabbis in the Orthodox community in America, there are certain powers that be within the Israeli religious establishment who would love to see rabbis like Rabbi Lookstein derided and denigrated,” Farber said.

After the US elections, though, Israel’s rabbinic authorities announced they would make changes to accommodate Jewish converts — including Ms. Trump. They specifically mentioned her.

“There is a part of me that feels it’s a little fishy that now that Trump is president, they want to get her conversion approved right away,” Zeitler said.

“On [the] other hand, I’m happy that Trump is president, and that this may change things in the system. I mean, isn’t this how things happen in the world anyway? Someone superfamous and important has to come up and, in this case, be Jewish, to make a big change?”

Zeitler did ultimately get an Israeli marriage license, after she agreed to reconvert in a kind of quickie ceremony. She now lives with her husband in a tiny apartment in the Israeli city of Petah Tikva.

She has gotten used to a life of kosher food and Sabbath observance. And she invites Ivanka Trump to join her in baking traditional challah bread when she visits Israel.