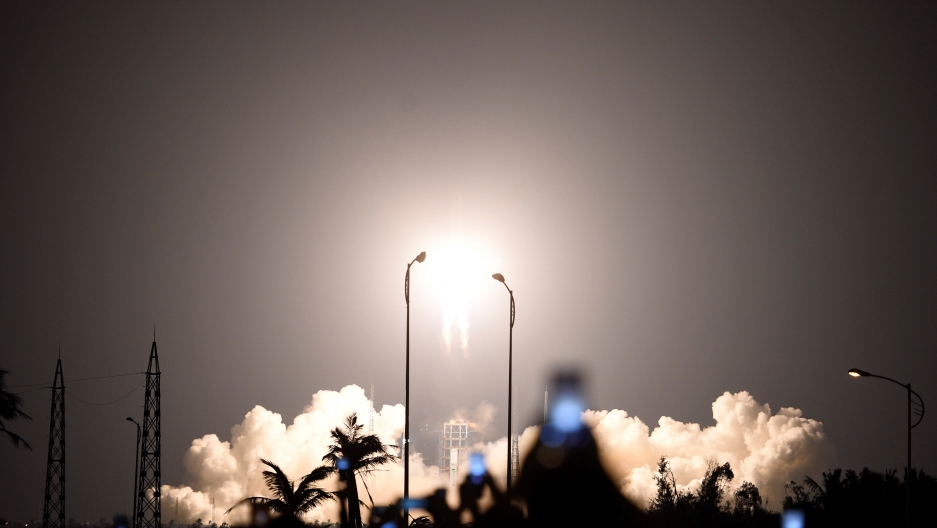 Qian Xuesen worked on rocket and nuclear technology for the US government during World War Two. But in the 1950s, he was detained and then deported to China. One military official at the time called it, “the stupidest this country ever did.” Qian went on to become the “father of Chinese rocketry.” Here, a Long March 5 carrier rocket is shown here being launched in Wenchang, China on November 3, 2016.

Fear can lead to dumb decisions.

And that could be an unintended consequence of US President Donald Trump’s ban on travel and immigration from seven Muslim-majority countries, according to Peter W. Singer of the New America Foundation.

There are legitimate security concerns when it comes to deciding who to allow entry into the US from places like Syria and Iraq. That is why rigorous vetting procedures are already in place for asylum seekers from war-torn countries.

“It’s a two-year process. It involves all sorts of different things from background checks to fingerprints to iris scans, you name it,” Singer says.

Singer notes, however, that the framing of Trump’s executive order is about the terrorist attacks of Sept. 11, 2001 — even though the home countries of the 9/11 plotters aren't included in the ban.

“If this executive order had been put into place back in 2001, it would not have stopped either 9/11 or any single act of terror in the United States that has occurred since,” Singer says.

Take the case of Qian Xuesen, a Chinese scientist Singer recently wrote about in Popular Science.

Qian was born in China in 1911 and came to the United States in 1935 to study aeronautical engineering at MIT. He later took a job with the US government and worked on several programs, including ballistic missile technology and the Manhattan Project, the secret atomic bomb program.

In 1949, Qian was named director of the jet propulsion lab at Cal Tech. Singer says Qian earned a reputation for being an undisputed genius.

But in that same year, Mao Zedong’s communists took over mainland China. Soon after that came Sen. Joe McCarthy's Red Scare, a witch hunt targeting suspected communist sympathizers in the US.

Singer says Qian’s attendance at a party held before the war was used to implicate him as a communist sympathizer and a security threat. The FBI apparently believed that the social gathering was organized by communists from Pasadena, California.

“Solely for the fact that he attends this party, his application for US citizenship is denied. ... [Qian] then loses his security clearance, and then he’s placed under house arrest,” Singer says.

The Chinese scientist was held in detention for four years, and then deported back to China in 1955.

The head of the US Navy at the time was quoted as saying that Qian’s deportation was "the stupidest thing this country ever did. He was no more a communist than I was and we forced him to go.”

Back in China, Qian went on to become a national hero who helped make great strides in China’s nascent nuclear, missile and space programs.

“Over the next couple of decades, [Qian] becomes known as the ‘father of Chinese rocketry,’” Singer says.

In fact, Qian helped develop the long-range missiles that still target the US today, Singer says, along with the Chinese nuclear program.

Singer sees Qian’s story as a powerful example of how fear of outsiders in the short term can end up backfiring on your own nation’s security.

“We lost one of the top scientific minds of the last century that had already contributed greatly to US security and was clearly going to contribute more,” Singer says.

“Then in turn we helped jump start this vast [Chinese] missile and space complex that’s still a rival to us today.”

Not every scientist or university student being blocked from entry to the US by Trump’s executive order is going to make the same kind of impact that Qian did, of course.

“But each and every one of them will be a story of lost opportunity,” Singer says.