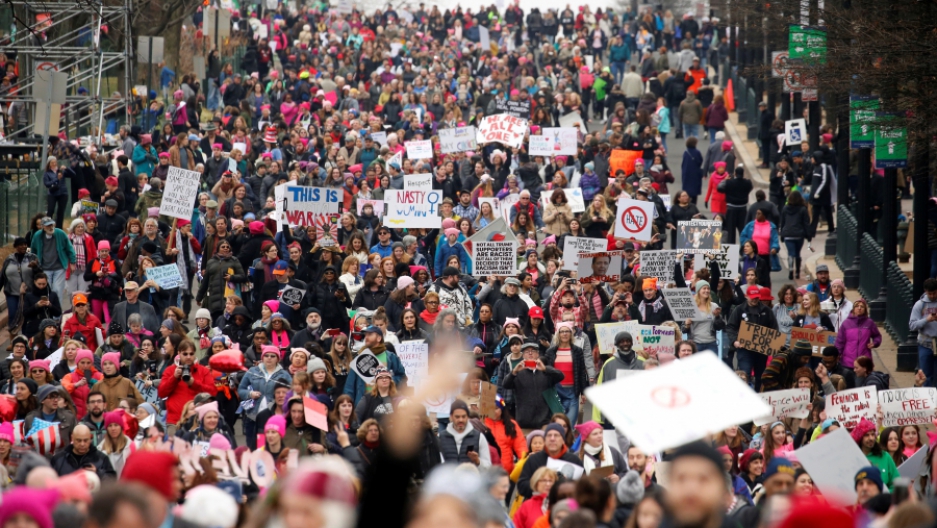 People take part in the Women's March in Washington, January 21, 2017.

Mr. President, some Republicans who voted for you say it's a better time to be a woman than a man. Do you agree?

Since the election, the status of woman has been repeatedly discussed. Recent marches around the world for women’s right have put issues of gender imbalance in sharp focus.

It's clear, it would seem, that millions of women still feel they aren't treated equally, when compared to men. But a recent nation poll conducted by Perry Undem Research and Communications found many Republican men feel just the opposite — that now's the time to be a woman.

According to the poll, 43 percent of men felt equality had been achieved for women.

Among Republican men, it was over half who felt equality had been achieved — in stark contrast to the 12 percent of women who had similar feelings.

“Everything in general is in favor of a woman. No matter what happens in life, it seems like the man’s always at fault,” one voter, a registered Democrat who voted for Donald Trump, said to the pollsters.

So, given how many Republican men feel this way, and even men in general, we wondered what President Trump thought. Click here to tweet the question.