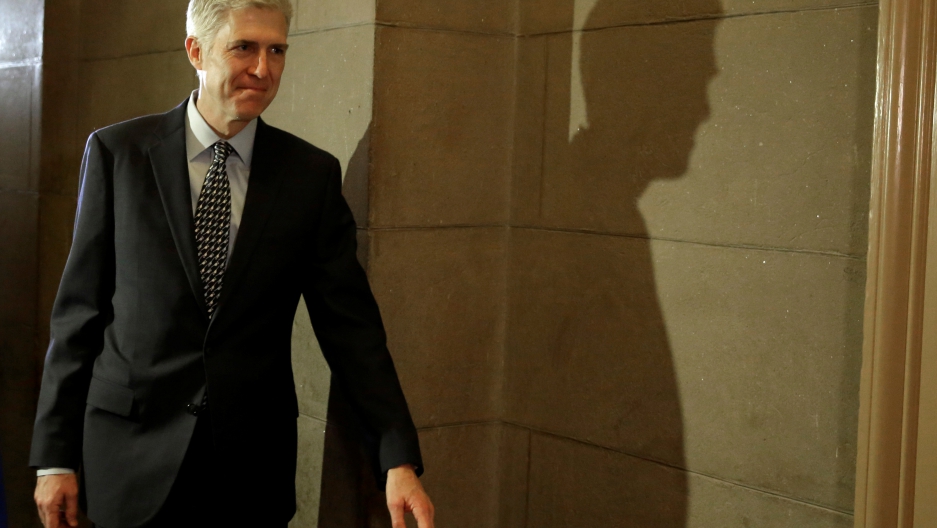 Mr. President, How do you square your vow to protect religious freedom with those who want freedom from religion?

The nomination of Neil Gorsuch to the US Supreme Court has sent legal analysts and politicians pouring through the judge's legal history. One case in particular stands out — Hobby Lobby.

The Hobby Lobby case was Affordable Care Act legislation that wound up determining that "closely held" private employers did not have to provide health insurance that offered contraceptives, because of their "religious liberty" — and Gorsuch wrote a decision in that case about religious liberty.

Women’s rights groups are already saying Gorsuch would be a “disaster for women.” Emily’s List and Planned Parenthood accuse Gorsuch of wanting to restrict women’s rights to abortion and reproductive health care.

But what about the employees who want birth control in their health insurance — who, in other words, want freedom from religion.

During his time as a judge on the US Court of Appeals for the 10th Circuit, Gorsuch sided with two groups that mounted attacks on the Obama administration’s requirements that employers provide health insurance which includes contraception for women, including Hobby Lobby. He’s also questioned or voted against “Death with Dignity” laws — also known as assisted suicide.

He felt so passionately about that issue that he wrote an entire book called "The Future of Assisted Suicide and Euthanasia," saying “All human beings are intrinsically valuable ... and the intentional taking of human life by private persons is always wrong.” That belief, too, is often motivated by religion, with the Catholic Church being an outspoken critic of assisted suicide laws. Though Gorsuch isn't Catholic, his Episcopal church also opposes assisted suicide.

So Mr. President, we wondered how you intended to protect freedom from religion while you promote religious freedom. Click here to tweet that question to the president.