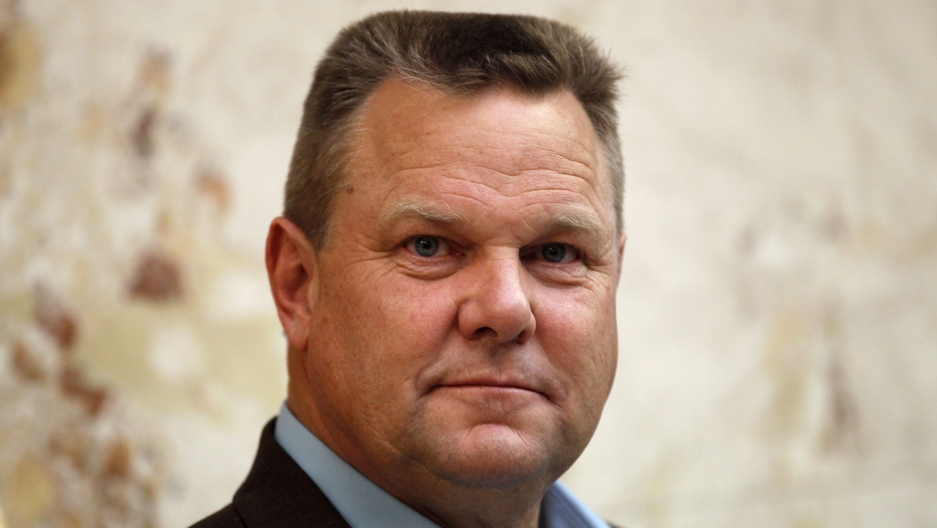 Will 2017 be the year the Senate fully embraces the digital revolution?

Sure, senators use Twitter, Facebook and even Snapchat. But they’re strictly analog when disclosing information about their campaign finances.

That’s where a new bill from Sen. Jon Tester, a Democrat from Montana, comes in.

Dubbed the Senate Campaign Disclosure Parity Act, Tester’s legislation, which the Center for Public Integrity has learned will be formally introduced today, would require US Senate candidates to file their campaign finance reports electronically like all other federal candidates — not on paper, as is the current practice.

“It’s hard to say this is a bad bill," Tester told the Center for Public Integrity in an interview. "It saves money and adds disclosure, so what could be bad about that?”

The Congressional Budget Office has estimated that taxpayers would save about $500,000 a year if senators electronically filed these reports.

Nearly all federal candidates and committees began electronically filing their campaign finance reports with the Federal Election Commission in 2001. But the Senate was exempted from the e-filing requirement.

Tester’s proposal is popular on both sides of the aisle. More than 60 sitting senators plan to co-sponsor the bill this year or have previously supported Senate e-filing, according to research and reporting by the Center for Public Integrity.

Yet the bill’s fate is likely controlled by just one man: Senate Majority Leader Mitch McConnell, who campaign disclosure advocates accuse of blocking similar legislation in years past.

McConnell’s plans this year for the Senate Campaign Disclosure Parity Act are unknown. Representatives of the Kentucky Republican did not respond to a request for comment for this story, nor did spokespeople for President Donald Trump.

Tester said his goal now is to get a "good bipartisan push" for the bill so that McConnell "won't be able to say no."

Tester added that he will also introduce two other campaign-finance-related measures today. One targets politically active "dark money" nonprofit groups, and the other seeks to amend the US Constitution to clamp down on corporate politicking. Both face long odds in the Republican-controlled Congress.

Here’s how support for e-filing breaks down:

Thirty-four members of the Senate’s Democratic caucus co-sponsored the Senate Campaign Disclosure Parity Act in the last Congress, as did 11 sitting Republican senators.

That includes conservative Republicans — such as Sens. Joni Ernst and Chuck Grassley of Iowa — as well as liberal darlings like Sen. Elizabeth Warren, D-Mass., and Sen. Bernie Sanders, I-Vt.

Then add at least three of the five newly minted Senate Democrats — Tammy Duckworth of Illinois, Maggie Hassan of New Hampshire and Chris Van Hollen of Maryland. All are expected to co-sponsor Tester’s bill.

Meira Bernstein, Hassan's press secretary, told the Center for Public Integrity that “increased transparency in campaign spending is critical to our democracy.”

Added Van Hollen: “I strongly support the effort to make the electronic filing of campaign finance reports mandatory so that everyone can easily find out who is contributing to candidates for US Senate.”

Meanwhile, four other sitting Democratic senators, each of whom did not sponsor the bill in the last Congress — Sens. Tammy Baldwin of Wisconsin, Michael Bennet of Colorado, Bob Casey of Pennsylvania and Patty Murray of Washington — expressed support for Senate campaign finance e-filing.

“This is a common-sense reform that will also save taxpayers money,” Baldwin told the Center for Public Integrity.

“Sen. Murray plans to co-sponsor this bill when it is reintroduced,” said Eli Zupnick, a spokesman for the assistant Democratic leader.

“We support the policy and have no other comment at this time,” said Casey spokeswoman Jacklin Rhoads.

Furthermore, seven other sitting Republican senators and two other sitting Democrats have previously co-sponsored the e-filing bill, some as recently as 2014.

Cornyn himself is among the roughly one-fifth of sitting senators who already voluntarily e-file copies of their campaign finance reports.

It’s unclear whether any of these senators plan on co-sponsoring the Senate Campaign Disclosure Parity Act this year. Spokespeople for these lawmakers either did not respond to requests for comment or said the senators were still in the process of reviewing the legislation.

Then there’s first-term Democratic Sen. Kamala Harris of California, who also voluntarily e-files copies of these disclosures. Her spokeswoman did not respond to requests for comment.

Officials for the Senate’s two newest Republican members — John Kennedy of Louisiana and Todd Young of Indiana — declined to comment for this story, as did a spokesman for first-term Democratic Sen. Catherine Cortez Masto of Nevada.

Nor have the 31 other Senate Republicans, even though 12 of them had prior experience e-filing campaign finance reports as members of the US House of Representatives.

For his part, Tester is determined to keep fighting for progress.

"E-file is a good enough bill to stand on its own feet," he told the Center for Public Integrity.

"The House already does it. The Senate needs to do," he continued. “This doesn’t do anything more than add more accountability to the process.”

This story is from the Center for Public Integrity, a nonprofit, nonpartisan investigative media organization in Washington, DC.