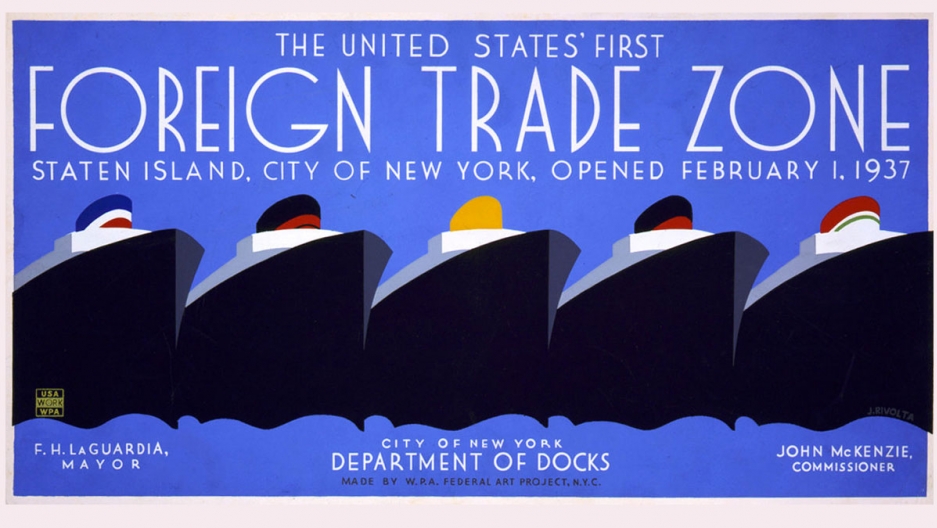 US President Donald Trump talks a lot about the evils of trade deals and trade imbalances. To combat this, one of his proposals is to slap tariffs — taxes on imports — on US trading partners.

Yet vast economic research shows: trade makes us much more prosperous. So, what’s going on?

To understand how tariffs work, let’s take a quick spin through the American history of trade and tariffs.

Let’s say the year is 1750. If I lived in Massachusetts and you lived in New York, and I wanted to sell you a few things, we would've have some problems.

In those years, Britain’s King George III restricted trade between the states; he wanted raw materials to flow through England first. Britain’s mercantilist system wreaked havoc on the 13 Colonies.

“It ruined our banking system, which remained infantile until well after the [President Andrew] Jacksoninan period,” says economist Mike Hicks at Ball State University in Indiana.

“It prevented states from growing, I even think there’s an argument to be made that it caused slavery to be more pervasive than it would’ve otherwise been because it prevented the manufacturing growth in Southern states that we would’ve seen,” says Hicks.

King George wanted cotton from the South, not competition.

But in 1776, the colonies declared independence. And the Founding Fathers wanted to make sure individual states didn’t put up trade barriers against each other.

“Because they knew that would make everybody worse off,” says Hicks. “The Interstate Commerce Clause in the Constitution was really designed to make the United States the world’s first free trading bloc. And the prosperity that we have enjoyed for 241 years now really comes from that basic intuition.”

But while the founders made interstate trade easy, they made international trade hard.

“We started as a high-tariff nation at the very beginning; it was Hamilton, Alexander Hamilton. You could say he kind of looked out the window one morning and said, ‘What kind of economy is this?’” says Stephen S. Cohen, a professor emeritus with the University of California at Berkeley and author of the new book “Concrete Economics: The Hamilton Approach to Economic Growth and Policy.”

As the nation’s first Treasury secretary, Hamilton pushed for a central bank, a strong federal government, and high tariffs to shelter infant industries.

“It was a general tariff, everything coming in, and it got up there 18, 20-some-odd percent, so this was a substantial protective barrier,” says Cohen.

And that’s basically how things went for the next century-and-a-half, with occasional exceptions.

Thanks, in part, to the tariff barrier, American manufacturers grew to become some of the world’s most powerful companies. But American consumers had far less choice: If Americans needed, say, a chair in the 19th century, they either bought an American-made chair, or spent a lot of money on an exotic import.

Then came World War II and the United States emerged as the most powerful nation on Earth, and American leaders developed a new way of looking at commerce.

“Trade would help bring the nations together and help open up all these other economies and democratize them,” says Cohen. “And the central organizing question became very, very quickly after the war: Soviet communism.”

More trade was seen as a bulwark against communist expansion. And, as young industries had matured, they also didn’t need as much government protection from foreign competition.

And so, from the late 1940s until today, with infrequent exceptions on a few goods, US tariffs have remained basically close to zero. The results: Now we can buy less expensive chairs from across the globe, American exporters have new markets, and yes, many Americans have lost jobs to foreign competition. 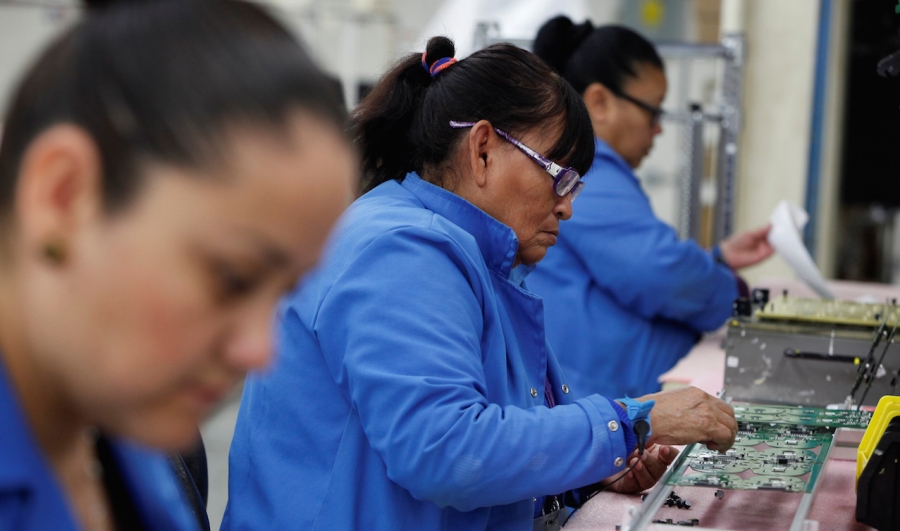 Employees work on a printed circuit board at the assembly line of a factory that exports to the US in Ciudad Juarez, Mexico, Jan. 27, 2017.

But the vast majority of economists in the US agree: more free trade brings more overall prosperity.

For 12 presidential administrations, leaders from both parties followed this advice. Then, Trump burst onto the scene. He’s threatened tariffs of 45 percent on China and 35 percent on Mexico, two of the United States' biggest trading partners.

It’s not unprecedented. American leaders imposed dramatically high tariffs before with an infamous act of Congress passed in 1930, the Smoot-Hawley Tariff Act. In the late 1920s, more than a thousand economists warned American leaders against hiking tariffs on more than 20,000 imported goods to as much as 60 percent.

“But President Herbert Hoover, desperate to ensure his own re-election and wanting to curry favor with workers who were increasingly worried about an economic slowdown, signed the bill in 1930,” says economist Lee Branstetter with Carnegie Mellon University in Pittsburgh. “History tells us what happened next. Soaring American tariffs set off a global trade war, our trading partners retaliated, and global trade fell sharply, deepening the Great Depression.”

Many historians argue that the deteriorating world economy helped set the stage for World War II, a sobering thought.

So, if Trump imposes especially high tariffs, could it set off another global trade war?

“It’s possible, it is very possible,” says Cohen. “He said he’s going to slap 45 percent tariffs on everything coming out of China. I don’t know, let’s say he does it. I would hate to be owning Apple Stock or Boeing stock that morning.”

Meaning: China could quickly retaliate against American interests. And those iPhones made in China? A tariff would immediately make them even more expensive for American consumers.

But Trump has argued all along that if we curb imports from China we’ll start building again in the United States. Problem is, it doesn’t work like this. If China stops assembling iPhones, workers in lower-wage countries, like Vietnam or Malaysia, would likely pick up the slack, not people in Ohio and Indiana. And remember, that’s Trump’s stated goal in all of this: bringing jobs back home.

Cohen says, whatever the president is thinking, he has tapped into how large swaths of the country feel about trade.

Economists of all stripes have varied recommendations on how to create jobs in places like the Rust Belt. But it’s hard to find any, from the right or the left — as well as business leaders or Republican leaders in Congress — who think imposing high tariffs is the right answer.