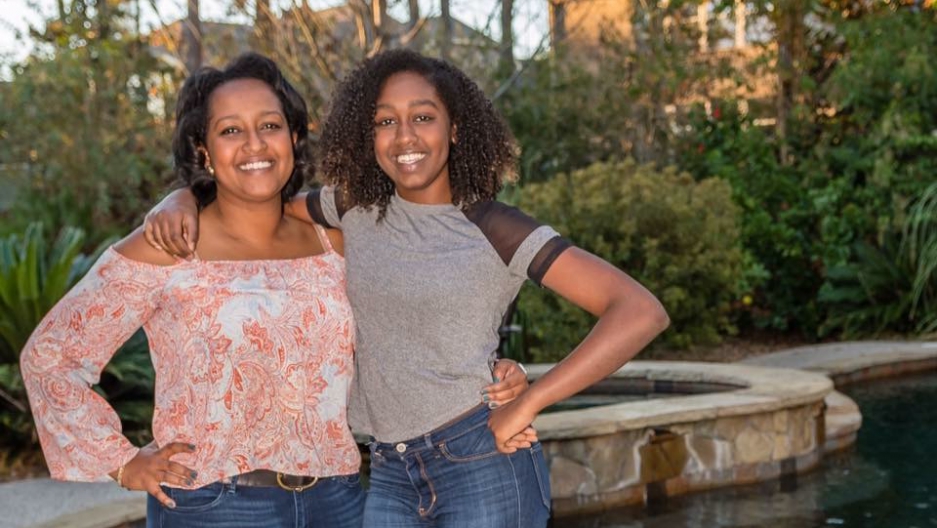 Salma Elfaki and her daughter, Samar, have lived for years in the United States. They now fear that President Donald Trump's executive order on immigration will prevent them from seeing their relatives in Sudan.

Sudan is on President Donald Trump’s list of countries whose nationals are banned, at least temporarily, from entering the United States. And in the US, many Sudanese residents are political refugees who fled their country’s military government decades ago.

They have deep roots in America, and while public protests over Trump's executive order may be dwindling at airports, the order's effects continue for people like Salma Elfaki. She's a pediatrician in Orlando and has one word to describe her emotional state these days: “Despair,” she says. “I feel despair.”

Elfaki came to the United States 17 years ago as a political refugee from Sudan. Today, she runs her own successful practice, but is worried now that it could be threatened by the new travel restrictions — like, if she tried to visit her parents back in Sudan. She wonders whether she'd be let back into the country. “What if something happens to my parents and I can’t go see them?” she says. “What if I decide to go anyway? What will happen to my practice? My employees? My patients?”

Elfaki is also a single mom to a 13-year-old daughter. “This is her home,” she says.

Federal courts have temporarily halted parts of the Trump's order, but there is still a lot of confusion and questions about whether those court orders are being followed.

Not far from where Elfaki lives in Orlando, some Sudanese immigrants face serious dilemmas because of Trump’s order. In a phone interview, one mother, who asked to go unnamed for fear of future immigration repercussions, said she has a child with special needs — and she's pregnant. Recently, her sister in Sudan got a visa to come out and help. But when her sister arrived at Orlando’s airport this weekend, she was interrogated and given a choice: voluntarily give up your visa with a chance to re-apply later, or get deported with no chance to re-apply any time soon.

Her sister chose to leave.

'This is not America'

At a Sudanese Sunday school near San Francisco, kids play while parents and teachers chat over tea. Everyone is talking about the visa ban. One engineer — who asked not to be named, also fearing for his immigration status — got married last year and is waiting for his bride to come from Sudan. Now, the couple is worried a visa might not be possible, and that they will be forced to make a hard choice "between continuing my life here working for the high-tech companies I am inspired by, be a part of a country I’ve been part of for the last 17, 18 years, or go join my family. It’s a tough choice but I’ll choose family every time," he says. 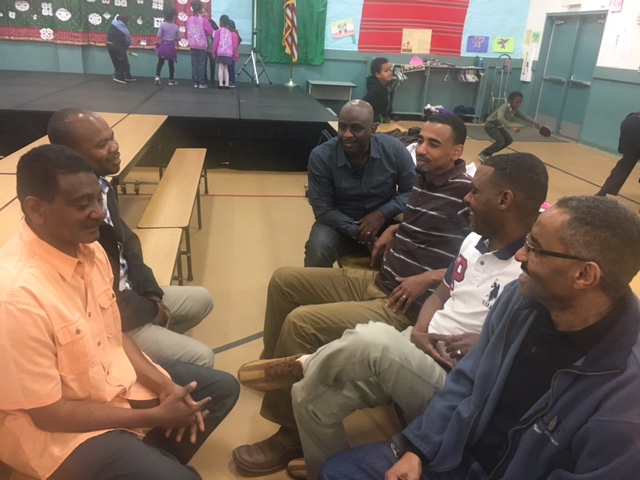 Parents, immigrants from Sudan, talk about President Donald Trump's executive order on immigration at a Sunday school near San Francisco.

Another man, Ahmed Abdelsalam, says that his image of America is changing. “This is not America and it’s against the values of this country," he says.

Many of the Sudanese-American parents here feel the same. Still, Abdelsalam is hopeful. “I’m optimistic because I’m getting calls from neighbors and friends asking how they can help," he says. Seeing people protest nationwide gives him hope, too. He says that is the America he knows.

Meanwhile, also in the city, ever since news broke of the immigration order, the phone rings constantly at the office of immigration law consultant Gamila Abdelrahman, who is from Sudan. But she says there is not much to say. Callers “are worried about what will happen to them next and we really don’t have an answer for them,” she says. “We, even us, we’re not sure.”

What advice does she offer now? “If you’re due for citizenship and you’ve been waiting on it, go and file for your citizenship,” she says. “If you have an expired permanent resident card, go and renew it.” This, she says, is the time to take your papers more seriously than ever.