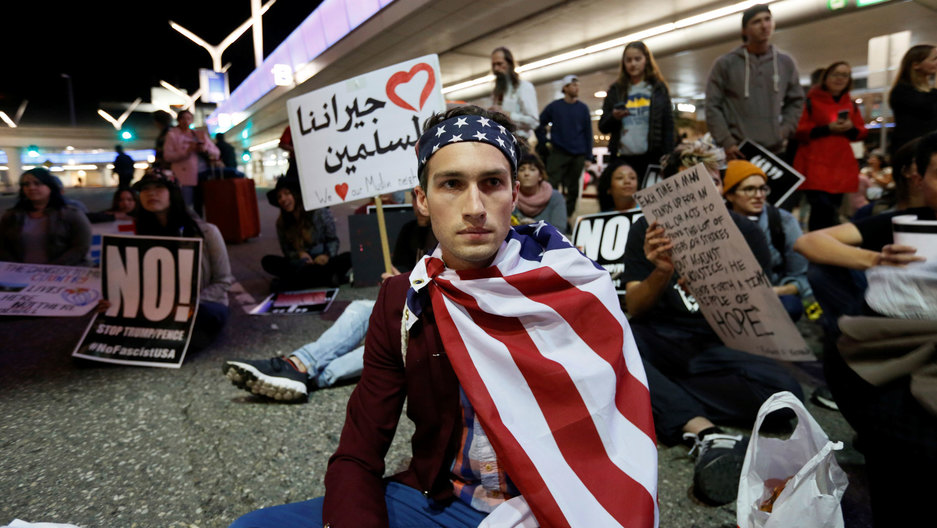 Demonstrators shut down the traffic loops at LAX International Airport and yell slogans during a protest against the travel ban imposed by President Donald Trump's executive order.

President Donald Trump ended a busy week with an executive order on Friday that halted the entry of all refugees to the United States. The order also blocked from entry citizens of seven specific countries: Iran, Iraq, Libya, Somalia, Sudan, Syria and Yemen.

The order, which took effect at midnight on Friday, led to headaches around the world as travelers were stranded overseas or detained upon arrival to the US. The travel restrictions bar all refugees for 120 days and bar citizens of the seven predominantly Muslim countries for 90 days.

Here's what many of those protests looked like over the weekend: 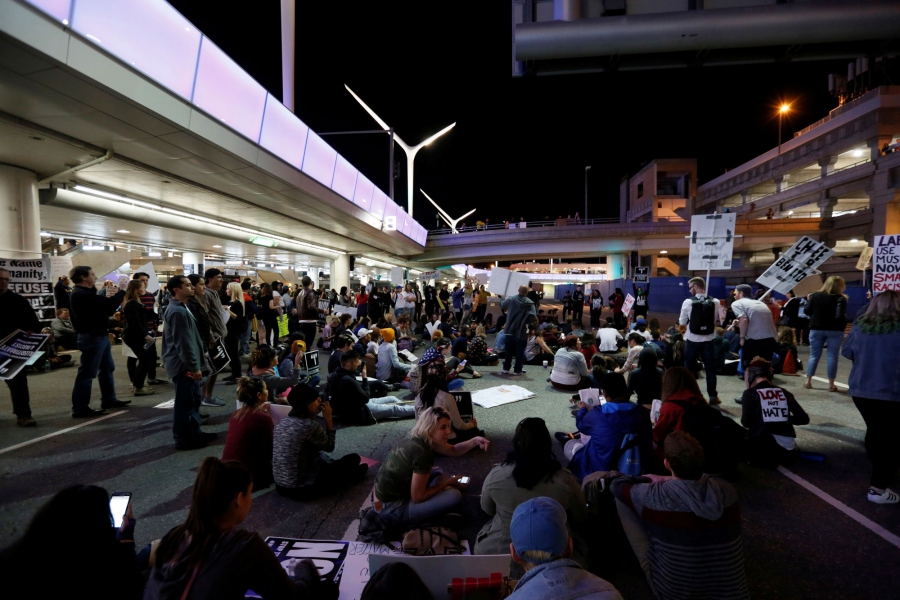 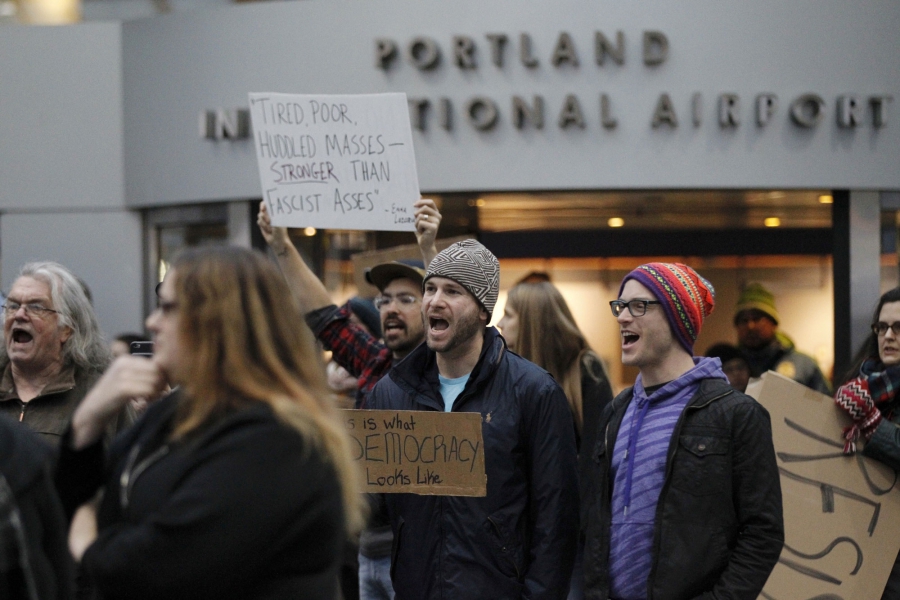 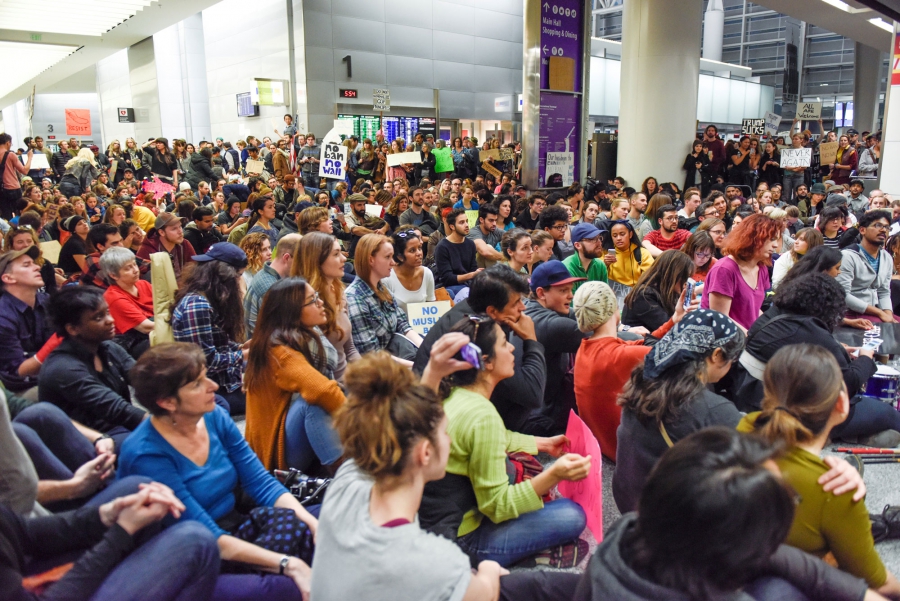 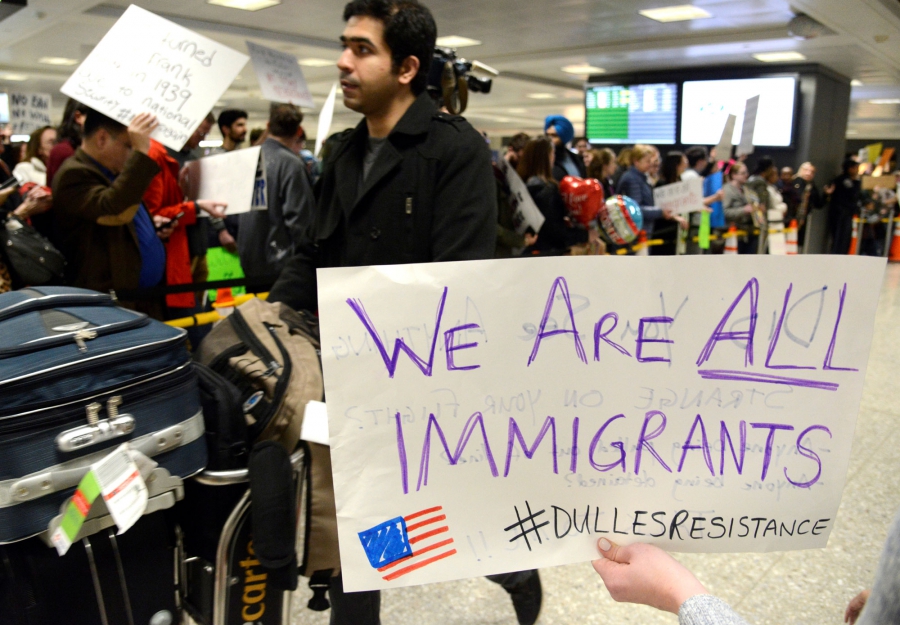 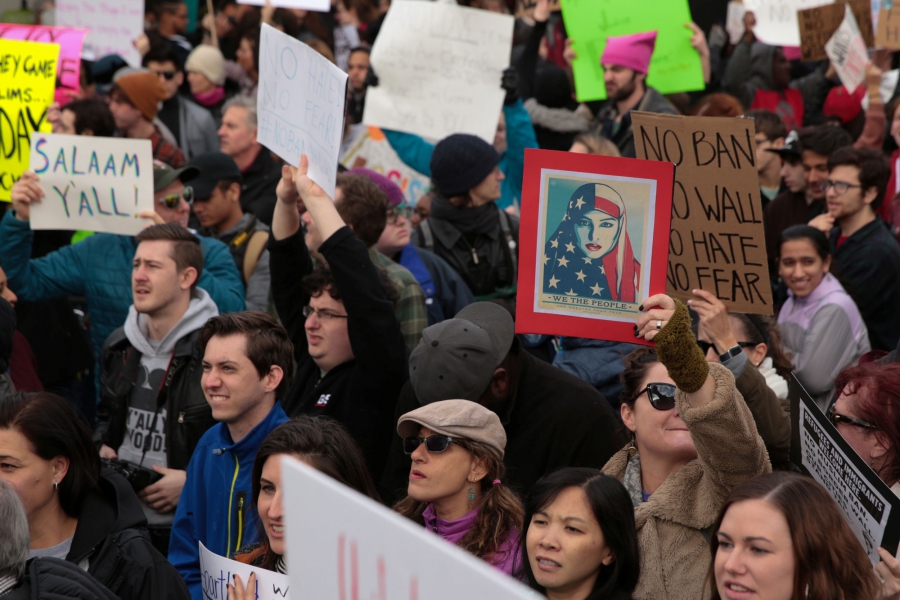 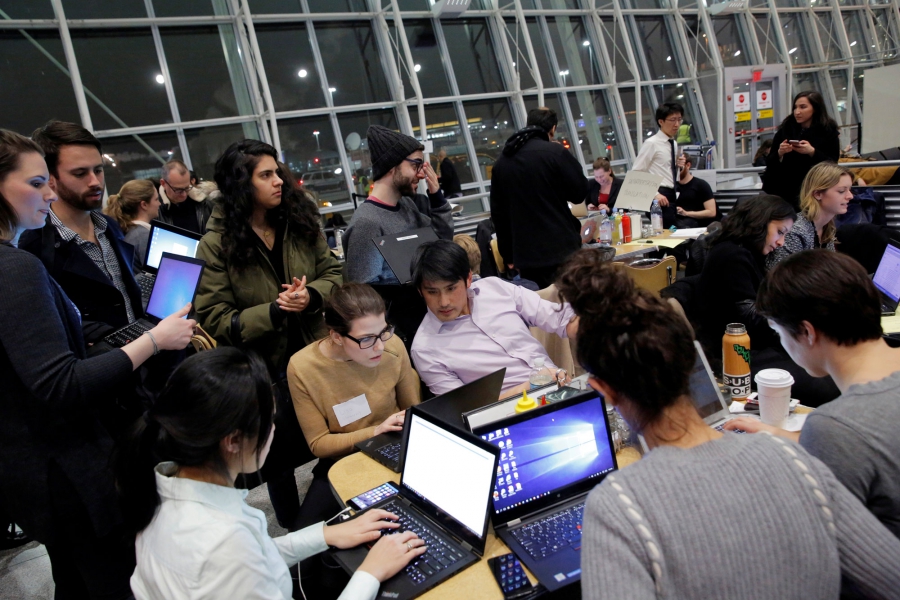 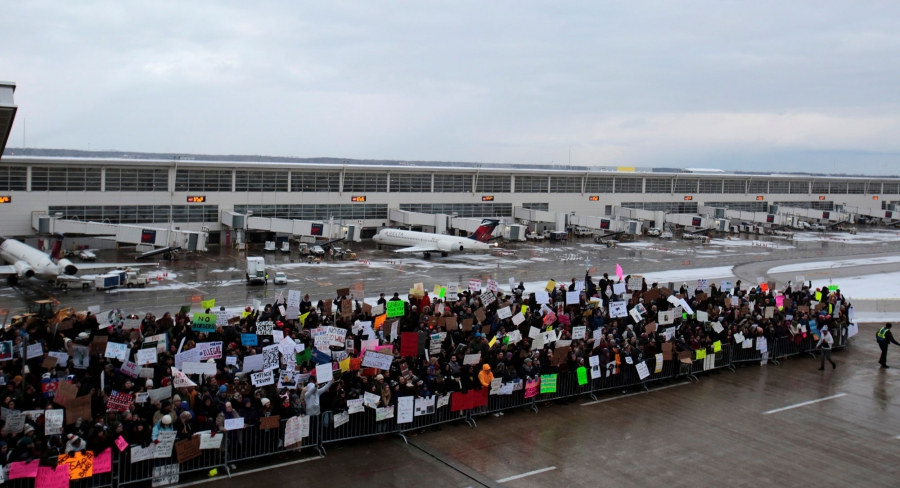 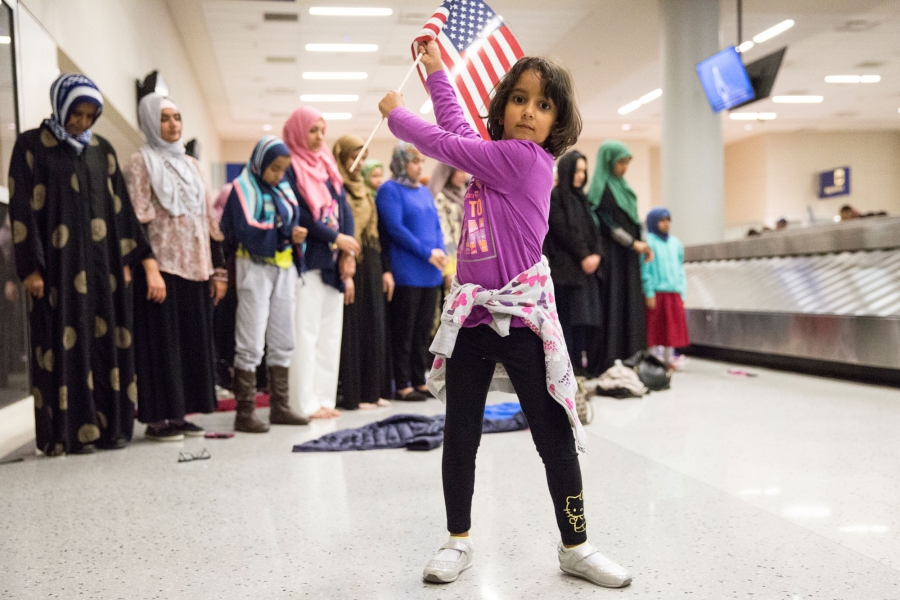 A young girl dances with an American flag in baggage claim while women pray behind her during a protest at the Dallas/Fort Worth International Airport. 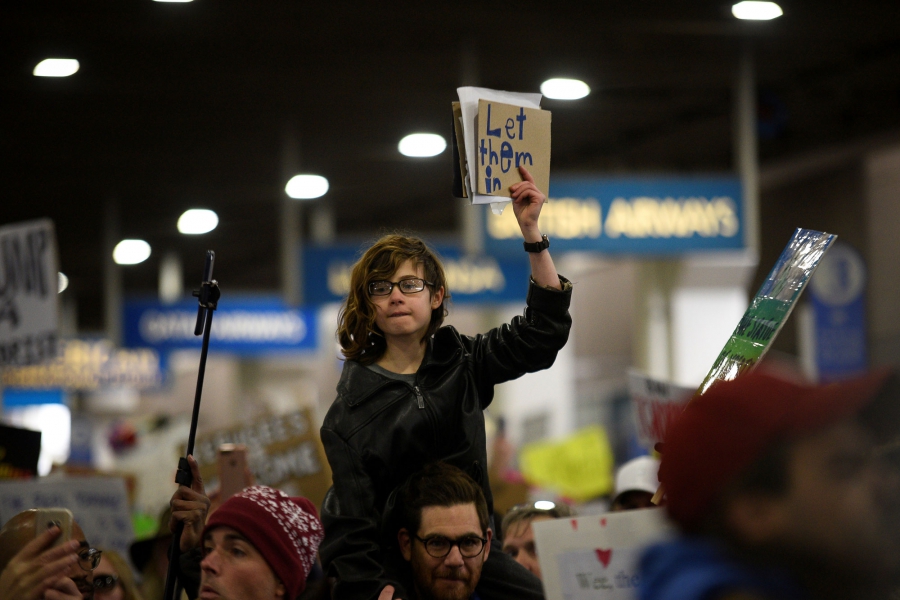 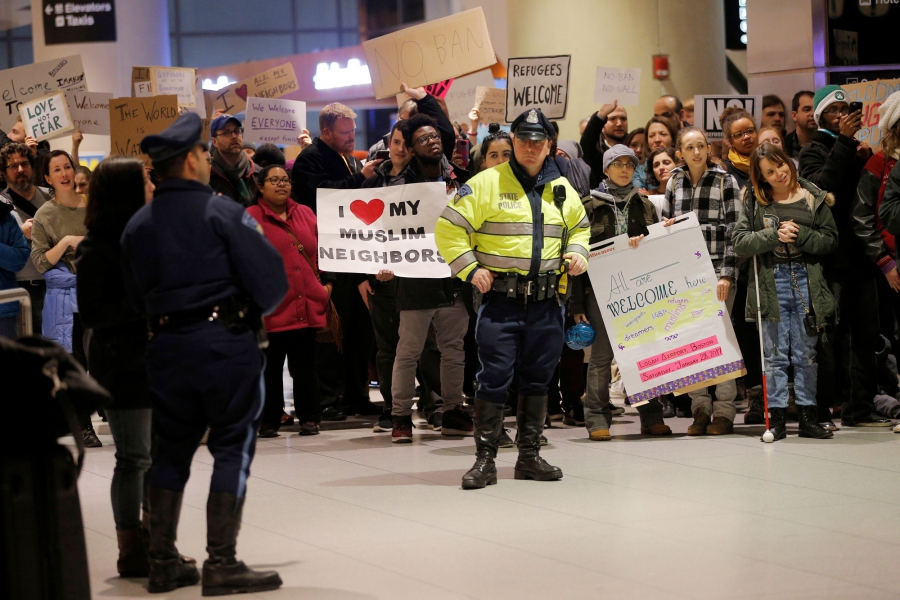 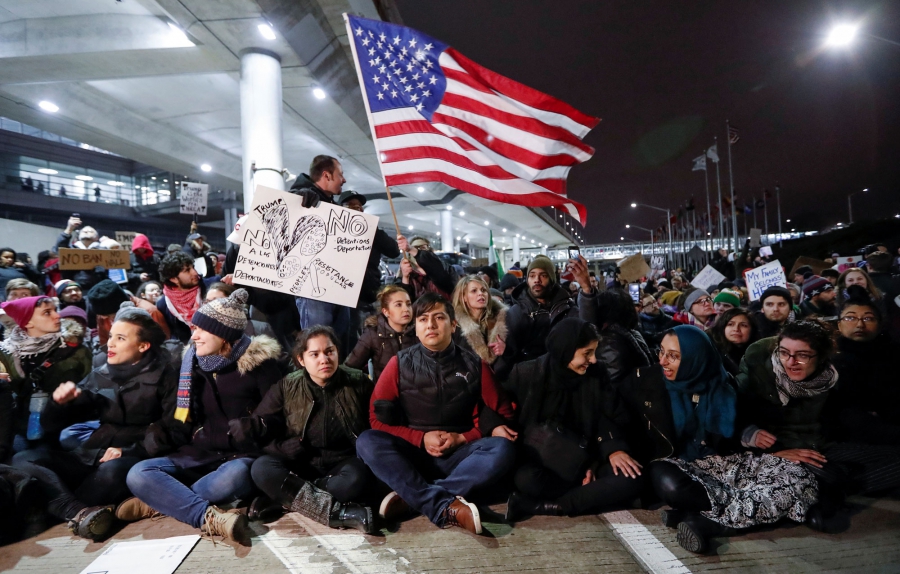 People gather to protest against the travel ban imposed by President Donald Trump's executive order, at O'Hare airport in Chicago.