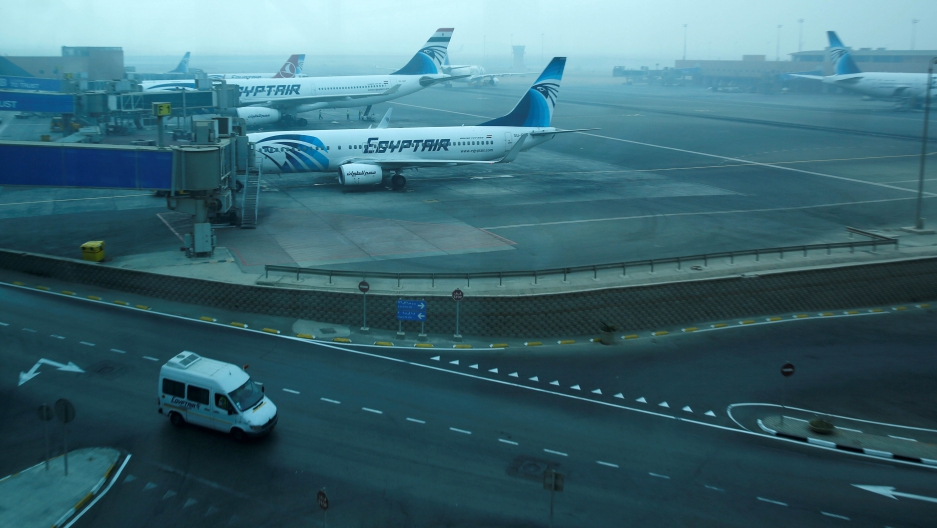 An Iraqi family was barred from flying from Cairo to New York on Saturday after US President Donald Trump signed an order restricting arrivals from seven Muslim-majority countries.

Egyptian officials said the family had visas and were in transit when they were prevented from boarding the EgyptAir plane to New York's JFK airport.

Fuad Sharef, 51, and his wife and three children were instead forced to board a flight back to Erbil in Iraq's semi-autonomous region of Kurdistan, he told AFP.

"I had sold my house, my car, my furniture. I resigned from work and so did my wife. I took my children out of school," said Sharef of the family's preparations to resettle in Nashville, Tennessee under a special immigrant visa.

Related: Some Muslims are being blocked from flights to the US, others are detained on arrival

Back in Erbil, the pharmaceutical industry manager, who had previously worked for an NGO subcontracted by the US aid agency, said he was devastated.

"Donald Trump destroyed my life. My family's life. I used to think America was a state of institutions but it's as though it's a dictatorship," he said.

"For a decision like this to come out and be implemented immediately, and against whom? Against a valid visa holder."

"I put my life at risk, working with the Americans at a time that it could have gotten you killed," he added.

The family had been barred at Cairo after a flight manifest was sent to JFK airport, which responded with instructions that they were not to board, according to airport officials.

EgyptAir's website has not provided updated travel advice for the United States.

Qatar Airways, one of the largest Middle East airlines, said on its website that citizens of those seven countries could still travel to the United States if they had a permanent residence permit.

The Qatari travel alert said government officials and their immediate family members, as well as representatives of international organizations were exempt from the restrictions.