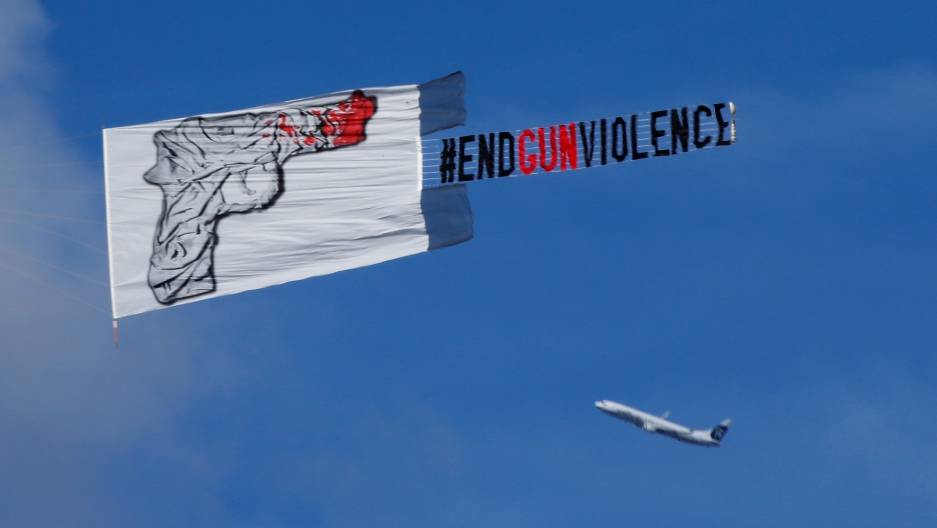 Mr. President, how will you address the toll gun violence is taking in American schools and American cities?​

There were 385 mass shootings in 2016 — and guns kill an average of 33,000 people a year in the US. But those aren’t the only facts and figures to consider about firearms and gun violence:

​Throughout history, gun injuries and deaths in the US are usually the result of accidents. American mythology says that guns gave us our independence — they opened the frontier, defended homesteads, and provided food.

People have demanded change, with mixed results. Many gun sellers say they’re trying to follow laws to save lives. Eric Holder, the former US attorney generally, said he was greatly affected by the Sandy Hook Elementary massacre. Daniel Hamermesh, a former economics professor emeritus of University of Texas at Austin, resigned loudly after the state passed a “campus carry” law.

Chicago, one of the most violent cities in the US, a city President Donald Trump has repeatedly labeled a war zone, has multiple programs trying change gun culture on the street. So far, though, there have been no discussions about comprehensive changes to US gun laws.

Over President Donald Trump's roughly first 100 days, we'll be asking him questions that our audience wants answers to. Join the project by tweeting this question to @realDonaldTrump with the hashtag #100Days100Qs. See all our questions at pri.org/100questions