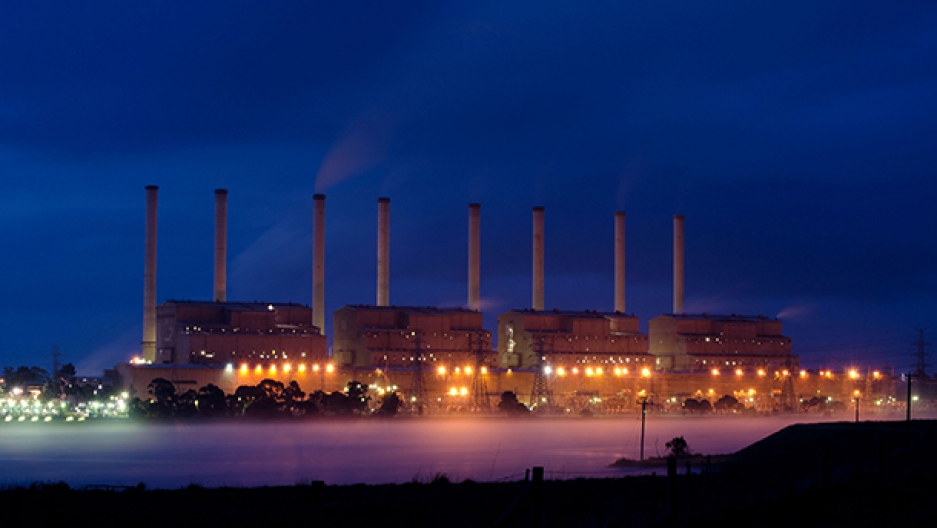 Projects funded by the Export-Import Bank during the Obama Administration would create greenhouse gas emissions equal to those that would be eliminated under Obama’s Clean Power Plan.

Investigative reporting by a joint team from The Guardian and the Columbia University School of Journalism reveals that the US Export-Import Bank financed around 70 coal-fired power plants and other fossil fuel energy projects in foreign countries during President Barack Obama's terms in office.

These foreign fossil fuel plants are projected to release about as many tons of global-warming gases as the Obama Clean Power Plan would have saved.

“Obama has been very clear about his concern about climate change,” says Susanne Rust, the director of Columbia’s Energy and Environment Reporting Project and the senior investigator on the story, “but when we went through the data, we actually discovered that in the six-and-a-half years that the bank was fully functioning, they financed three times more than the George W. Bush administration had done within the eight years the Export-Import Bank was operating under his administration. That was really striking to us, and very surprising.”

Rust's investigative team looked at 70 fossil fuel projects the Export-Import Bank financed or supported over the past eight years, totaling $34 billion. By contrast, the Ex-Im Bank supported only about $2 billion in renewable energy projects.

“The largest loan that we looked at went to a refinery-petrochemical complex in Saudi Arabia, and that loan was for almost 5 billion [dollars],” she says. “We also looked at two coal plants, one in South Africa, one in India. These are two of the largest coal plants on the planet. We also looked at liquid natural gas ports and processing centers, two of which are actually within the Great Barrier Reef on Curtis Island in Australia. So, quite a menagerie of fossil fuel projects dispersed across the planet.”

“The Energy Information Administration put together a calculation for what the Clean Power Plan would do over the next 15 years if it were to be enacted today, and it would save the atmosphere 2.5 billion metric tons of carbon dioxide over those 15 years,” she explains. “If you do the same thing for the 70 fossil fuel projects, you get about 2.4 billion. So, it basically cancels that out.”

Citizens who were pleased with Obama’s commitment to fighting climate change might well ask, how did this happen? It's complicated, Rust says.

“I think Obama came in at a time when the economy was floundering, right after the 2008 debacle, and his administration was looking for ways to promote and stimulate job growth,” Rust speculates. “In his 2010 State of Union address, he promised that he would double exports over the next five years, and the Export-Import Bank, being the unique agency that focuses on exports, took that seriously and went around trying to figure out how they could increase their export business. According to their spokesperson, fossil fuels and extractive industries were the place to be putting their money at that point in time.”

In 2005, a handful of nongovernmental organizations sued the Export-Import Bank and a similar agency called the Overseas Private Investment Corporation, or OPIC, because “they were concerned about the amount of greenhouse gases that were being emitted overseas with US financing, and that it was actually violating US law in doing so,” Rust says. “As a result, OPIC ... promised to reduce their portfolio of fossil fuels, and they did. So, they actually finance very few overseas fossil fuel projects now.”

The question is, why didn't the Ex-Im Bank do the same?

“It's unclear,” Rust says. “That’s the story we're working on right now, as a matter of fact. So, I'll give you that answer when I get it.”