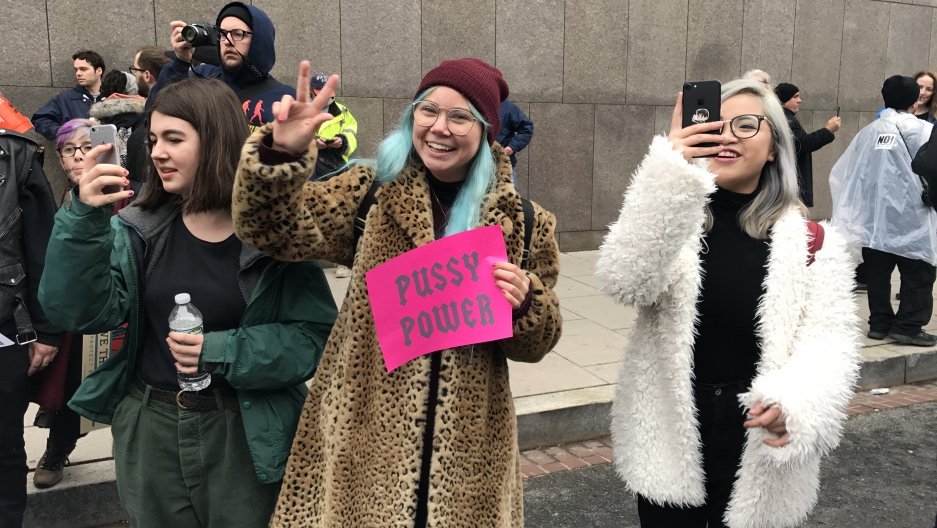 The Women’s March on Washington will take to the streets of DC this weekend to call on the American people to “send a bold message to our new government on their first day in office, and to the world, that women's rights are human rights.”

With more than 200,000 people expected to attend, it's set to be the largest US presidential inauguration demonstration in history. That's larger than both Vietnam War-related protests at Richard Nixon's inaugurations in the 1969 and 1973.

But the rallying cry that "women’s rights are human rights," coined by Hillary Clinton in the 1990s, won’t just be heard throughout the streets of the nation’s capital this weekend. The Women’s March has gone global.

As of this moment, there are some 600 sister marches scheduled to happen in more than 75 countries around the world this weekend — with some already underway. Activists will march in Saudi Arabia, Iraq, South Korea, Colombia, Iceland and elsewhere. There are well over 2 million people predicted to participate.

Women's March on Washington sister marches are planned for these locations.

But not all sister marches are anti-Trump — not even the DC demonstration makes mention of the president in its stated principles. For many, this is a fitting platform to speak up for specific issues affecting women in their communities. In South America, many people are marching against violence against women. In Antarctica and Australia, the environment is a major focus.

In Nigeria, the Women's March will make its way to the House of Assembly in downtown Jos, where the nation's laws are voted on, to demand the passage of a controversial gender equality law. The bill, which aims to eliminate all forms of gender related discrimination, provide girls with access to education, provide protections against sexual abuse and the "right to freedom," has already been voted down twice due to religious and cultural differences.

A hearing on the bill is set to happen in the next two weeks. 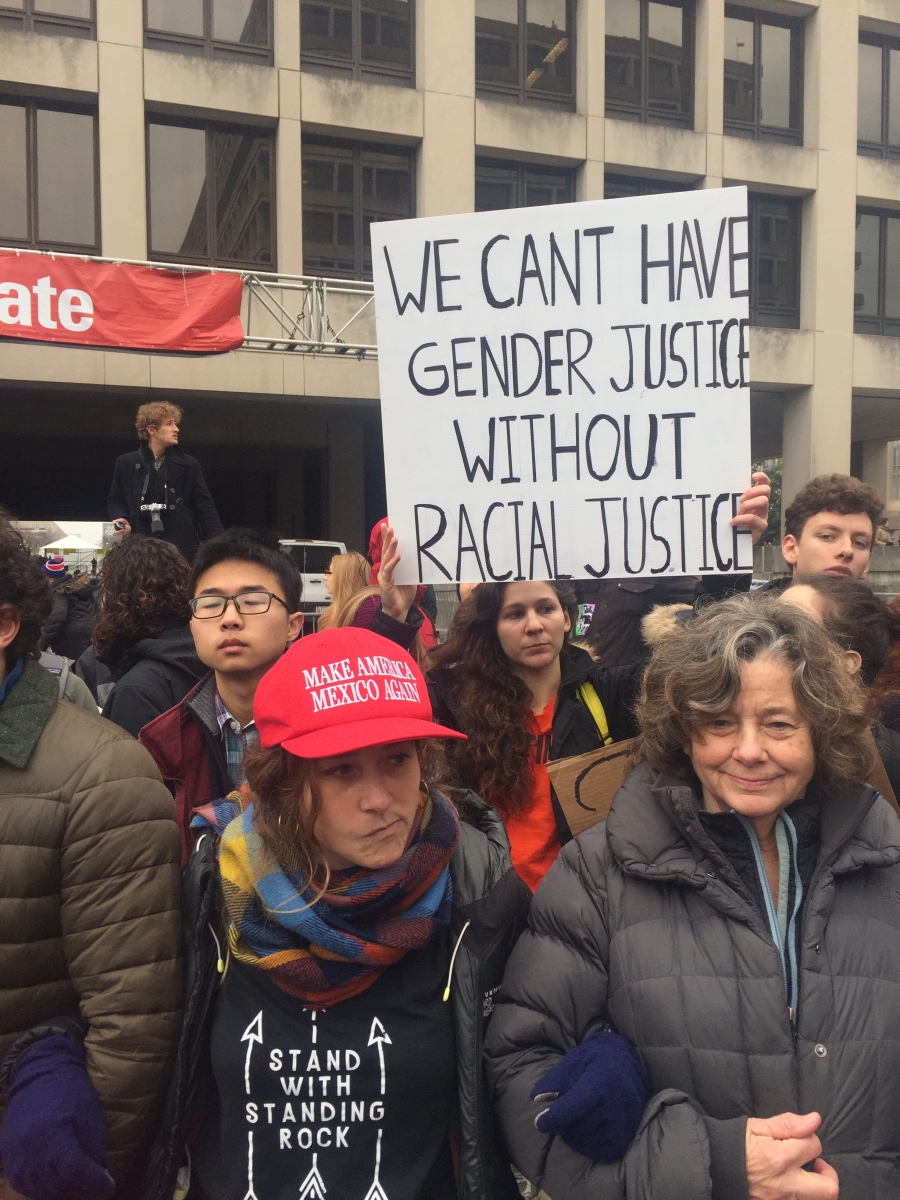 Protestors at the inauguration of President Donald Trump.

In Israel, Tel Aviv march organizer and Pantsuit Nation volunteer Rachel Druck has found that organizing and activism is a newfound passion. Her group has teamed up with If Not Now and All That's Left — two outspoken anti-settlement groups — to organize the march, despite baseline differences over the Israeli-Palestinian conflict for many participants.

"There's room for all of us to work towards our own goals and our own agendas and at the same time come together and unify when the situation calls for it," says Druck. "This is a time to set aside our differences. A lot of Trump's rhetoric about Israel has been, I would say, irresponsible. It's a very delicate situation here and to just kind of throw out incendiary remarks and to talk about changing that. ... People's lives — not just women — their lives are at stake. And I think that the acceptability of xenophobia and racist discourse can be a problem here. ... To hear that language normalized and seen as acceptable — I think that Israel takes a lot of cues culturally and politically from the US. And to me that seems troubling."

The Women's March on Washington has not come together without its fair share of criticism and growing pains. Very public growing pains. It's put on full display the humility and transparency necessary to achieve true intersectionality. It's brought back to light long-standing philosophical rifts in the world of feminism. It's not perfect, but it's happening. And organizers hope it's just the beginning.

Whether the event turns out to be the largest or most inclusive feminist march in world history is still to be determined. But it's safe to say it's just that — history in the making.

"You don't know who the next Gloria Steinem or Angela Davis is," says Women's March co-founder Breanne Butler. "If we can give them that first step with this march, then that's great for all of us."

Across Women's Lives will be in DC all weekend reporting on the Women's March on Washington and inauguration events. Follow us on Twitter, Instagram, Facebook and Snapchat [womenslives] for real-time reporting on the ground.