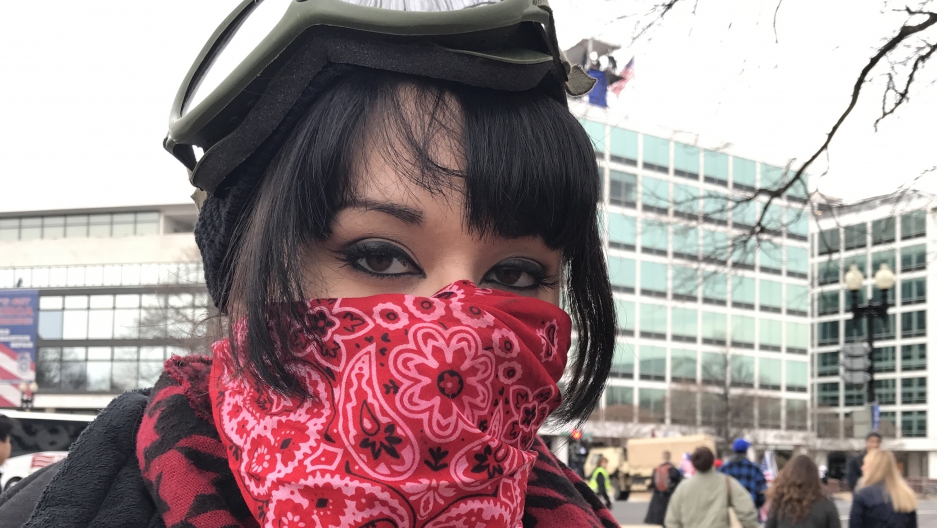 President Donald Trump has taken office, and in his inaugural speech he called for loyalty — to the United States, and to one another.

But on Inauguration Day in Washington, DC, there was plenty of dissent. Starting Thursday night, anti-Trump protesters clashed with police in riot gear at different locations in downtown DC.

Clearly, loyalty to the United States, for some people here, is antithetical.

Jen Marley, a 20-year-old from New Mexico, was near the National Mall with Red Nation, a multi-tribal group of Native rights activists. She says the idea of "America" isn't a reality for her.

"It's a fallacy," she says. "It's elusive, it's a political imaginary."

She's talking about colonization. She says Native Americans today are "pushed to the fringes in their own cities, on their own land" — as with the pipeline that prompted the high-profile Standing Rock protests last year.

Projects, like pipelines, that benefit from the use of resources on Native land, fuel a sentiment in Native communities that the US government is not set up to serve their interests.

Around Election Day, Native rights leaders in the Standing Rock area told The World civic engagement in their communities meant direct-action protests rather than going to the ballot box. 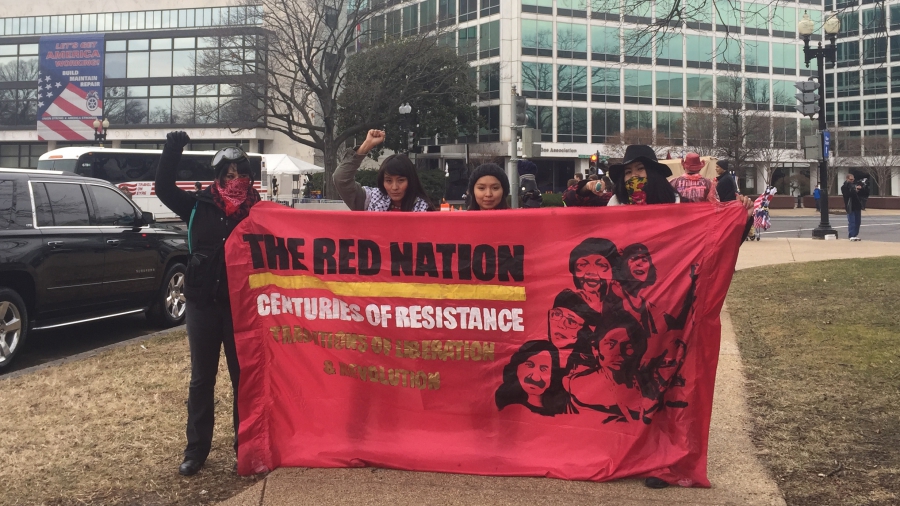 "It's really hard to work within a system that was never meant to serve us," Marley says.

Her group of four young women — faces covered with bandanas, greeting passersby with a red flag reading "Centuries of resistance" — exemplify the activism Native communities believe in, and the disillusionment with the establishment.

"Basically, we hope to see the installation of our nationhood again, hence the name the Red Nation," she says. "Native nationhood is vital to Native liberation because outside of that we're treated like resource colonies."

Trump's record dealing with Native Americans is not good. Marley says she worries Native lands, over the next four years, will be endangered due to government deals or lack of protections. But she says the protest movements give her hope.